Granting positions of authority solely on the basis of seniority makes little sense in many cases: most come to occupy these positions without any productive intellectual output for many years.

The tenure-track system places an enormous burden on those at the foot of the ladder. Photo: Brian Snyder/Reuters

The questions raised by Malhar Dandekar in his recent essay in The Wire are both relevant and topical. I was particularly struck by the quote from T.N.C. Vidya, which said it is “interesting how senior professors who did not have to go through the kind of competition that exists today keep coming up with these recommendations that affect young faculty and not themselves”. On this outlook from Dandekar – which I still take to be a mild critique – much more needs to be said, albeit sounding a bit like the proverbial devil’s advocate whose speech is perhaps a diatribe.

All evaluation of academics ought to begin from the very top. To lapse into the autobiographical, I have argued for this endlessly in my institution. When candidates come in for the interviews for assistant professor positions, those interviewing ask: “What have you published so far?”

In my own institution, an apocryphal story goes that our senior professor sitting on the selection committee, annoyed by this placing of moral and academic responsibility solely on young PhDs, turned around and said to the committee members, “Let us first ask, what we have done in the last five years?” This is how it ought to be.

Let us start with the vice chancellors, deans and heads of departments, and examine what they have produced by way of patents, publications and PhD students in the last five years. Can we get these statistics from the high-profile institutions in India?

It may be stepping on a minefield to say that once the professorship ‘happens’, research output stops, or what is produced is not worth the paper it is printed on. Why not place the moral and academic responsibility on the people who, at much higher salaries, administer these policies of evaluation?

Also read: Why Are Senior Professors in Charge of Universities, Anyway?

An evaluation of research output needs to also consider the other tasks assigned to junior faculty, from keeping the minutes of meetings to wardenship of hostels. Now, admitting that many junior faculty take on these responsibilities for either the dreadful Academic Performance Indicators (API, which should actually be, Agonistic Performance Indicators) points or to evade the responsibility to publish – one cannot assume that they can do all these ‘extra-curricular’ tasks and produce quality research.

At some point, perhaps, we can assign such tasks to any faculty, irrespective of cadre, who has been non-productive in terms of quality research. Those who are not productive in terms of research can then be in charge of various administrative tasks so that the ones who are writing and publishing can be given more space and time to do those.

Freeing up time for the new entrants to produce work is imperative, after an assessment of their project proposal and such, of course. But one cannot shackle them with excessive teaching and general dogsbodying loads and ask them to produce exceptional research.

The credibility of schemes like the sabbatical or study leave must be called into question when availed by the senior faculty. In particular, I recall one senior colleague seeking a year’s leave to ‘read’, implying that without this leave, he would not be reading, and does not read on a regular basis! The outputs at the end of their time off can be made public so that everybody knows exactly what emerged from a year’s period of rest and relaxation. 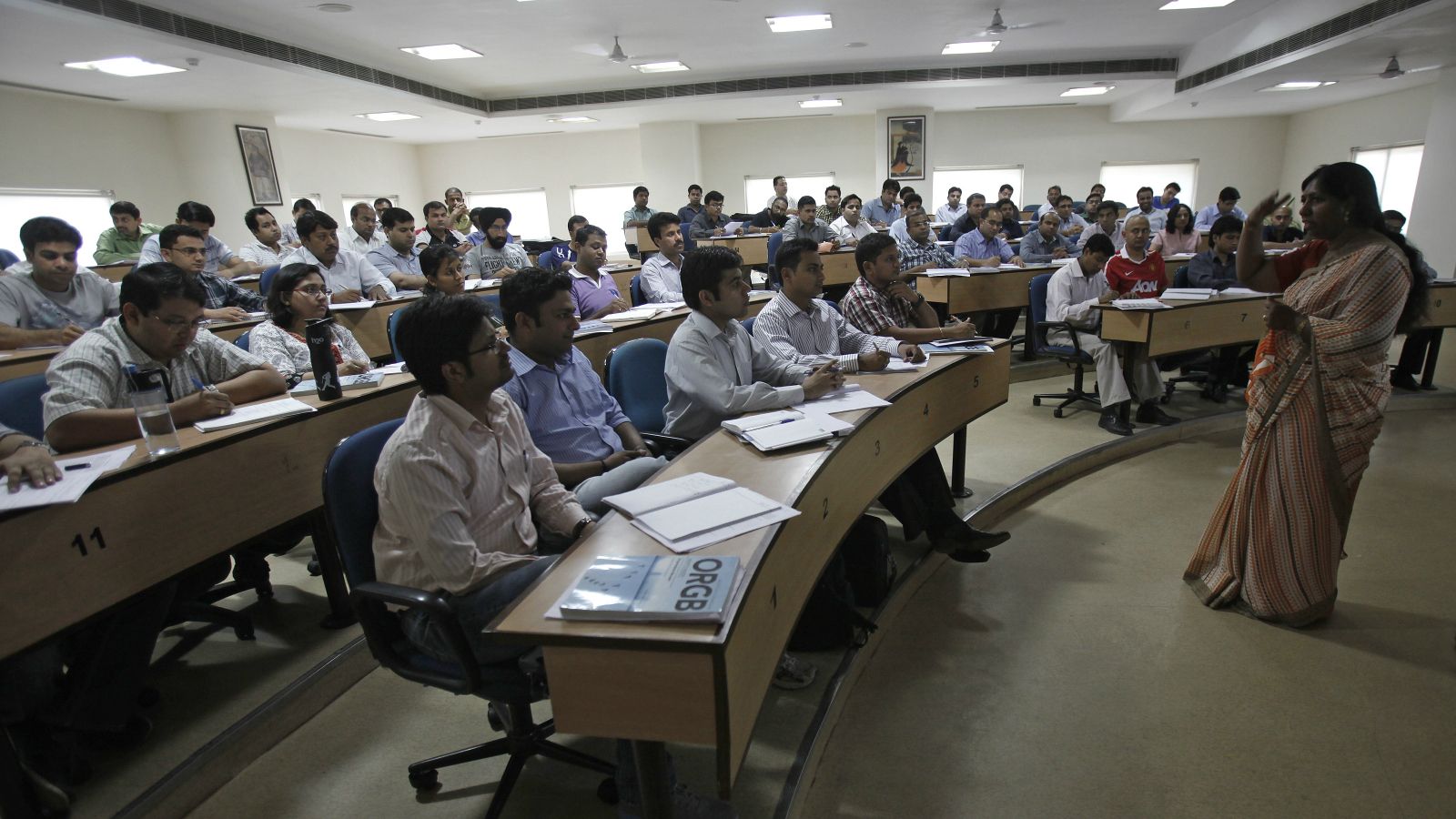 Dandekar’s idea to give the charge of running the university or college to junior faculty seems admirable. Why not? It is not as if with seniority, wisdom and administrative skills come automatically. Granting positions of authority solely on the basis of seniority makes little sense in many cases: most come to occupy these positions without any productive intellectual output for many years, and as a consequence of their position, sit on the evaluations of junior colleagues who are then upbraided for not being productive.

Let the new entrants learn the ropes of running a department, organising exams, serving on the grievance and other key committees. In many ways, this will also help them understand the problems involved in running any academic unit, and thus, perhaps, tone down their constant gripe of mismanagement!

Now to research. The tenure-track system places an enormous burden on those at the foot of the ladder. For five years they will have to structure their teaching, administrative and research work around the requirements of tenure: requirements that will be set, no doubt, by senior teachers, administrators and researchers. This is programmatic and problematic because it severely constrains the young entrant to academia as to what she can do by way of thinking about the directions for future research after the PhD.

Such constraints undermine the very idea of any research program. In the light of recent developments, then, one can envisage a tenure-track assistant professor who works, say, on caste or gender discrimination being ‘informed’ by the influential ‘higher authority’ who will sit on the promotions committee that these are not ‘projects of national importance’ and so his or her tenure is denied.

For five full years after entering the profession – fresh from a PhD, potentially the best years of one’s intellectual life – the assistant professor undertakes projects that conform rather than contradict, are quiescent rather than querying. How do such severe limitations on thinking – one assumes, perhaps wrongly, that every person who enters the profession with a PhD is capable of thinking – enable better quality research?

Research projects evolve over a period of time, with deep reading, thinking and, sometimes, conversations with peers. To locate this process within a system where the new entrants have to follow a set of norms for tenure means that we have missed out on crucial steps in the evolution of an academic.

Rigorous evaluation of academics is welcome, given their salaries and general service benefits including teaching loads, but this evaluation has to be fair and above all, encouraging. When and if we introduce the tenure-track, can we then also envision a fast-track promotion for the young and the bright?

If, having produced high-quality work in the first three years of her career, the junior faculty can move up in less than the five-year program, surely that would be an encouragement as well.

Unless the tenure-track that claims to monitor new entrants for their work in order to prescribe promotions can also be tweaked to facilitate faster movement, it appears that we still think only in terms of limiting and circumscribing rather than encouragement.