Dear Students, Here's How You Could Have Reacted to Modi's Mockery of Dyslexia

An open letter from a teacher to students of IIT-Kharagpur, who laughed along with the prime minister when he cracked a joke about dyslexia in a clear swipe at Rahul Gandhi. 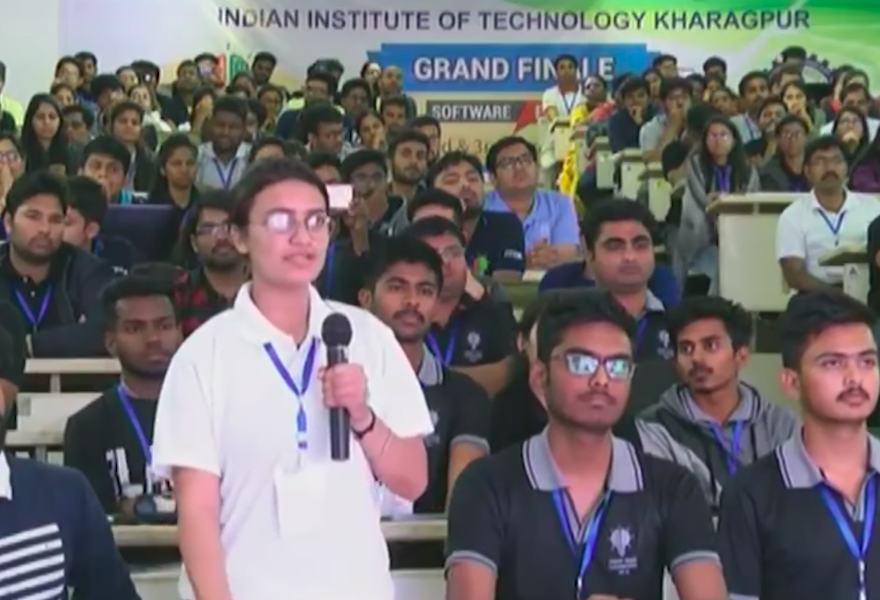 I am taking this opportunity to write to you because I watched your interaction with the prime minister at the Smart India Hackathon at IIT, Kharagpur. I am also writing to you because I am a teacher, and have been one for the last 25 years.

First of all, thank you for attempting to invent something helpful for children with dyslexia. It is good to know that bright young minds at IIT, Kharagpur are using their intelligence and creativity to make life easier for those who are less fortunate in some way. I conduct workshops on leadership for high school and sometimes college students, and the first thing I teach about leadership is that a real leader is a person who is doing something to help someone solve a problem, whether or not he or she has a rank or title.

The second thing I teach about leadership is that a true leader is someone who does the right thing whether anyone else is doing so or not. This leads me to the question I wanted to ask you – do you think you did the right thing at that video conference by laughing along with the prime minister when he cracked a joke about dyslexia in what was quite obviously a swipe at Rahul Gandhi?

I don’t know if the student who the prime minister was addressing truly meant to laugh. Hers was not the ready laugh of the bully. I know the laugh of the bully, having worked with classrooms full of students for decades now. That laugh is a cruel, easy laugh that comes from years of picking on those who are weaker or smaller. I’m guessing her’s was more the nervous laugh of a person who has been swept along.

Also watch: Why Did Narendra Modi Mock Students With Dyslexia?

I’ve watched that short video clip a number of times now just to make sure I heard everything on it correctly, and I have to say, I was just as stunned as that student first looked when she heard the prime minister ask if a 40 or 50-year-old could also benefit from the app for dyslexic children that she was pitching – after which she started to laugh. I couldn’t quite believe the leader of our country had just said that.

I think it even took a few seconds for the rest of you in that room to get the “joke”. What was truly awful, though, was the raucous laughter and applause that followed. I honestly expected better from the students of a premier institute like IIT, Kharagpur. But perhaps getting a technical education and being proficient in science and technology does not necessarily prepare one for being a good citizen.

I am trying to put myself in the shoes of the student the prime minister was talking to and imagine what it must have felt like at the moment, to proudly and happily present her app to the most powerful man in the country, only to hear a derogatory joke in response. I probably would have been momentarily speechless too – standing in front of the most powerful man in the country and being egged on by my classmates to reply ‘Yes.’

Peer pressure is a strong thing. When a bully is mocking someone, the easiest thing in the world is to join in. That is the path of least resistance. By the way, this is exactly how mobs are formed. Someone floats an idea that promotes violence in some shape or form, a few people loudly support it and the next thing you know, an entire body of people finds itself doing things they probably would never do if they were not part of that mob.

That is exactly the kind of thing that is tearing India apart. That is what we would expect you, the students of a top educational institute, to stand against.

Also read: Tasteless Mockery or Fakery Does Not Matter to Members of the Narendra Modi Cult

You are expected to respect your elders. I understand that. But you are not expected to follow their poor example. Instead of laughing along and saying, “Yes, it will be useful to such people as well”, perhaps a better response could have been a) to not laugh, and b) to simply stick to explaining what the invention was, or c) even say something like, “Sir, dyslexia is a problem for those who have it and we would not like to politicise it or make fun of it.”

It would have been an awkward and uncomfortable moment for all of you but it would have been a turning point not just in your own lives, but also the lives of everyone who watched that video clip. You would have gone down in history as the students who exemplified decency, dignity and quiet courage in the face of power’s arrogant and thoughtless flippancy.

(That last response, I realise, would have taken a lot of guts – the kind of courage that only comes from a lifetime of making courageous choices. The small braveries add up and give you the courage to do the big things.)

But I am not you. I was not in that situation. You were. I am not your teacher, I have probably never met any of you and I do not know if I ever will, but may I give you a small homework assignment? It consists of a couple of questions – If the same situation were to occur again, how would you respond differently? And how would you have answered that question without playing the bully’s game?

Please do think about that.