In memorialising Cuba’s holiday, we too can draw inspiration from their foresightedness in reviewing their education system. 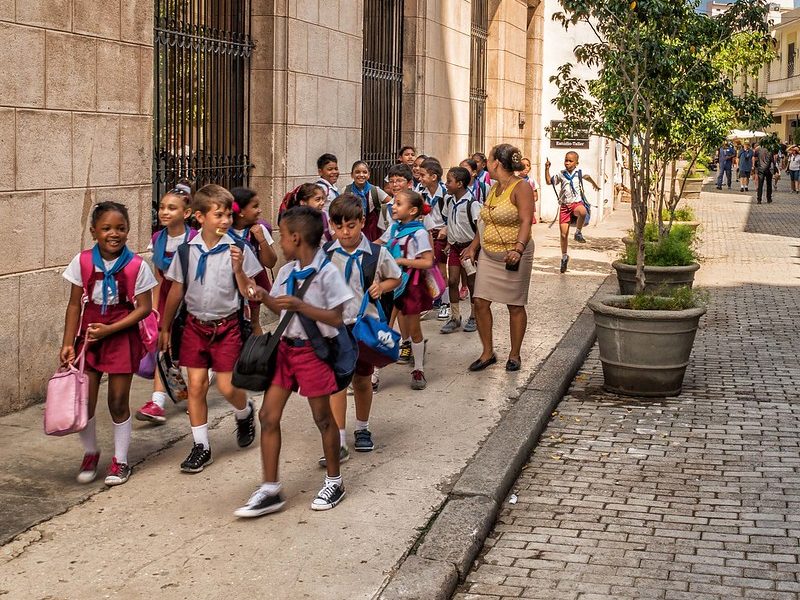 On July 26, 1953, Fidel Castro launched the attack that marked the start of the Cuban revolution.

Though a military failure saw Castro in prison, the uprising was the start of a revolutionary moment that ousted the dictatorship of Fulgencio Batista in 1959.

Since then, Cuba has celebrated July 26 as a public holiday with rallies and speeches held throughout to commemorate the Cuban Revolution. In the year 1961, two years after the revolution ended, Cuba, under Castro’s Prime Ministership, embarked on a year-long campaign to drop illiteracy by committing itself to teach every citizen.

Although cracks have started to develop and be visibly seen now, it is indisputable that the foundation of Castro’s socialist order premised on the understanding that only good quality, empowering education could conquer Cuba’s underdevelopment. This has enabled public investments to be made in education.

In memorialising Cuba’s holiday, we too can draw inspiration from their foresightedness in realising that state-generated social capital does matter. Education, among other welfare facilities, is one of the vital commitments of the state to the Cuban society. The model of understanding achievement is set on the assumption that students’ lives influence their capacity to learn. This understanding is realised through the well-coordinated implementation of cross-sectoral policies by the government that ensures educational development is backed by the economic and social progress it needs.

It considers the social contexts of students and there is an acknowledgement of the fact that the life outside of school is a powerful shaper of individual behaviour.

In this sense, Cuban students who have housing and healthcare, among other facilities, are not compelled to find work and stay out of school. This amplifies their performance in school, resulting in a social make which is conducive to higher learning.

Recognising the command economy in which Cuba is situated, the nationalisation of salaries, in this case, that of teachers’, enables the field of education to attract high-skilled labour.

When such a system exists, there is an automatic un-ranking of job profiles which further draws high-quality teachersto all schools. It eliminates the generic parental dilemma of sending their child to a school that delivers high-quality education, as all schools deliver equitable education.

The grand purpose is to guarantee, through social capital provided by the state, a level playing field to all members of the society, whether it be students coming to the state-run school, or the teachers drawing salaries from working in the state-run schools, attempting to remove class distinctions as much as possible. This seeks to create a cohesive macro and micro ecosystem, as opposed to a market-based, competitive one.

Also read: Communalism and COVID-19 Have Changed the Classroom for Indian Muslim Children

On ensuring that social settings and contexts are conducive to learning, the Cuban state embarks on sustaining its cohesive spirit by working on a people who are most immediate to the student inside the classroom, the teachers. The Cuban state was early to realise that delivering a good education does not end with the creation of a “good curriculum,” it requires for the “good curriculum” to be implemented evenly across the recipients of the said curriculum.

Thus, the Cuban education system heavily focuses on building the capacity of a skilled pool of individuals bolstered by the high-quality education they have received, to enter teacher training institutes. 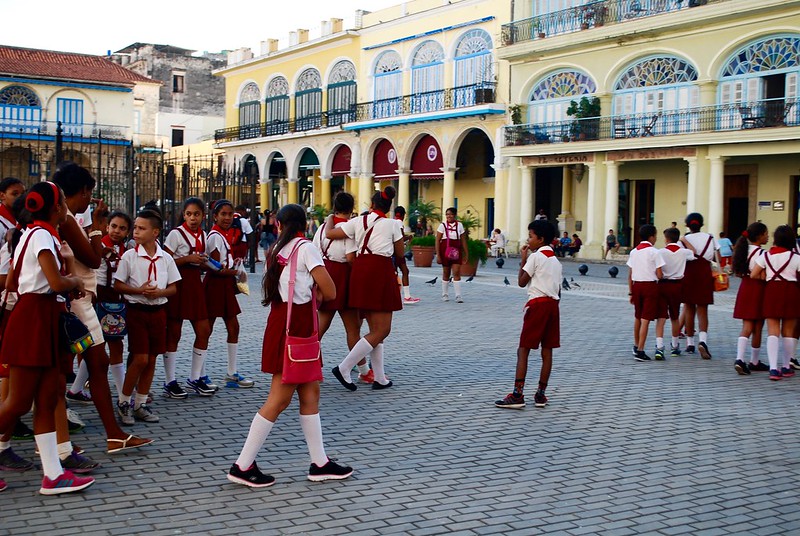 What makes the Cuban teacher-training and practice model an exceptional one is a long-term investment in education quality, right from the beginning of school education, which, as a matter of course, gives the state the advantage of quality in its teachers. The focus is on building the craft, and not on generic issues such as bettering student test-scores.

The focus is also on continuous mentorship and supervision of newly inducted teachers in schools by senior teachers, along with building long term relationship with younger students in primary classes, and using pedagogies based on educational research and theory that encourage student collaboration.

India has the Right to Education Act. The Indian state with the power vested in it to ensure compulsory and quality education to all children between the ages of 6 and 14 can peruse these from the Cuban model.

While these Cuban lessons can be kept in mind and applied in varying degrees, the socio-political, economic and historical contexts that of Cuba and India are quite disparate for the lessons to be simply aped.

However, what can be reflected upon is how the existing public education system can be refurbished using mechanisms like enabling interconnectedness between different kinds of institutions to develop a more cohesive framework. Further, an attempt can be made to plan ahead, as well as to plan intelligently in matters regarding public education. While percepts around nationalised salaries, socially heterogeneous classrooms, compulsory mandate around national curriculum, etc., demand a drastic overhaul within the Indian public, as well as politico-economic systems, ideas like out-setting instructional leadership, high-quality teacher training, and practice-based teaching can be put to execution if the state holds these ambitions close to heart. 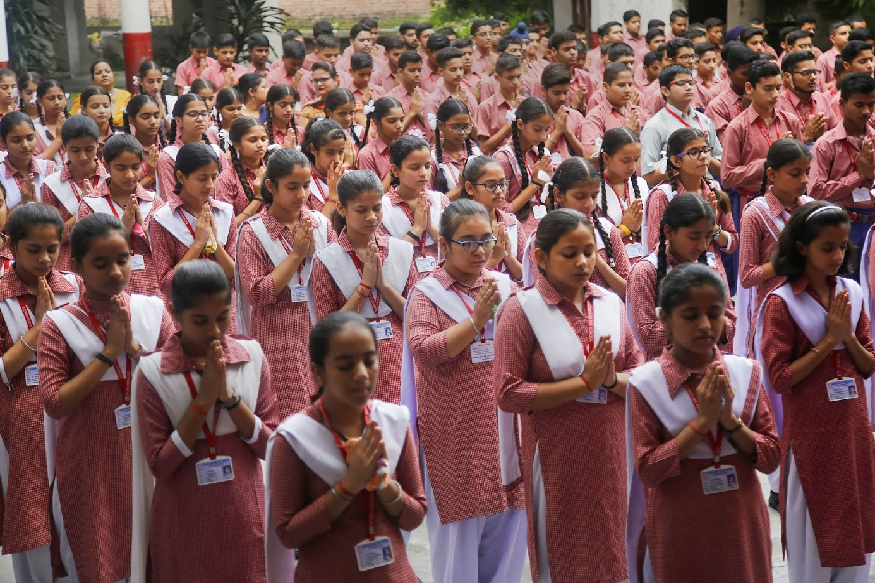 Two of the major reasons for Cuba’s success is its advantage of reduced income-inequality between classes and the dispensation of high-quality education across all public schools. The former is unlikely to happen anytime soon, but the latter can be brought out if sincere attempts are made.

The argument for the futility of such mechanisms owing to India’s socio-political and economic context is justified, but not necessarily set in stone. If the Cuban context is disparaged for being “restrictive” on its people as it does not take into account “choice” and “talent”, an economically impoverished person in a democracy like ours is just as restricted when it comes to the choices and alternatives she has.

Though nobody can question the availability of choice of alternatives here, the medium through which the “alternative” sustains itself, or even enters the education scene, is by denouncing the public system of education.

Also Read: Mothering a Muslim in Times of Hate: Nazia Erum on How Communal Bullying Has Taken Root in India’s Schools

Moreover, the means to access these alternatives lie with a chosen few. This discourse has mainlined into a generic mindset of correlating “public education” with the “poor”. The cost of this is borne by the poor. The only way to tackle this is to ensure high-quality public schools across the nation which would effectuate the true intent of providing the public with the prime.

One needs to think if leading democracies can only prosper at the expense of sacrificing social issues and concerns or are there other ways to thrive keeping the welfare of all in mind.

Contextualising the insights from the Cuban public education system in the Indian scenario brings us to questions around the need of strong state guidance and control over public facets of our lives: How can such a system be made less coercive amidst a diverse (social and economic) environment in a country like ours?

How will it attract a high-quality and dedicated pool of individuals to become teachers within a system deluged with a hierarchy of job profiles?

And lastly, how may we spruce up and manage the public education system within an economy that is increasingly driven by market forces?

Loveina Joy is a post graduate in education and is pursuing research on higher education. Your views are welcome at loveinajoy@gmail.com.