A common entrance test forces a linear ranking among students who have widely different skills and is thus unfair to those who have studied in state boards. 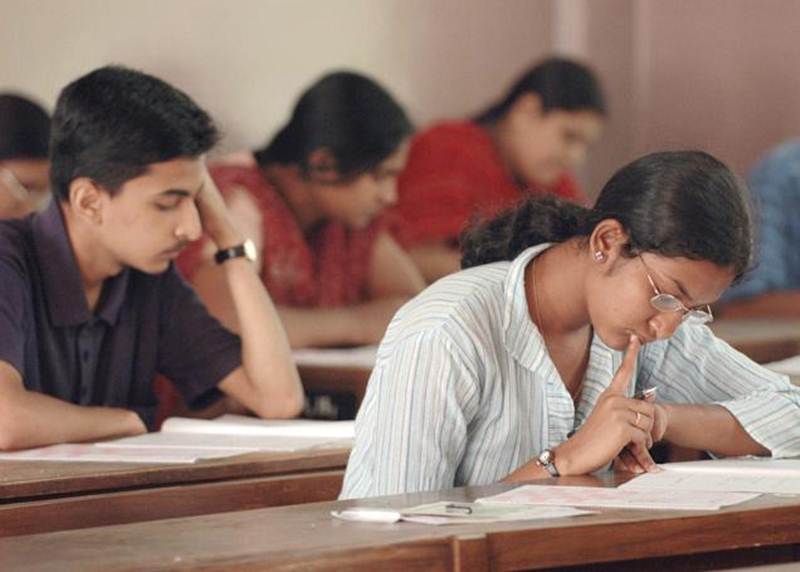 For the last five years, we have been hearing about the government’s interest in holding a common exam for admission to all engineering colleges. Recently, a news item said that the success of National Eligibility and Entrance Test (NEET) is encouraging the government to take a similar decision on a common engineering test.

First of all, one wonders what “the success of NEET” means. I am noticing so many legal challenges, so much stupidity in organising NEET (different papers in different languages), and so many state governments unhappy since they see this as an interference in their domain. They also have fears that NEET discriminates against students following a state board syllabus, and hence indirectly forces a common syllabus across the country. But I guess success at the government level is to be measured more in political terms than in academic terms, and certainly, there is a perception among people that giving fewer exams somehow helps them, and therefore, all politicians want to reduce the number of exams.

There is a legal aspect to it too. The entire medical education in India is supervised by the Medical Council of India. The status of the All India Council for Technical Education (AICTE) is not equivalent. The Supreme Court has said that the AICTE cannot control universities, but only affiliated colleges, and hence it has no say on IITs, NITs, IIITs, state universities, private universities and so on. So the legal process through which a common engineering exam will be introduced is not clear. (Of course, a dummy case in SC which demands a common exam and which is not opposed by government/AICTE, etc. could be a simple way. Alternatively, a law can be passed by the parliament. Or simply, there is this method of arm twisting which is extremely effective in India – remember how everyone was told to get rid of the four-year undergraduate programs.)

But I am not a legal expert. I will only talk about academics.

Does a common exam help students? The perception, of course, is that it does. The naive argument is that every exam causes stress, and more the number of exams, higher the stress. People supporting this argument include IIT directors and professors – the same people who inside IITs would sing praises for continuous evaluation and vote against just one big end-semester exam. There, the argument will be that one exam puts all the eggs in one basket and hence causes stress. We must have multiple evaluations with small stakes.

It is very strange that nobody ever is happy with his/her performance in an exam. I get hundreds of emails from JEE (Advanced) passed students every year, and all those mails start from “I made a silly mistake or two, otherwise, I was expecting a better performance.” If students are unhappy with their performance in the big exam, shouldn’t they be supporting multiple exams? Also, look at the number of students who drop a year because they think they could have done better. What a huge waste of resource for the country. If they had multiple options and had received some alternate good education, many of them would not have dropped a year.

Stress happens not because of the exam but the stakes associated with it. If I were to tell students that I am going to take an exam in an hour, but it has only 1% weight on the final grade, will they get stressed? Of course not. Reduce the stakes and you will reduce the stress. So multiple exams, each with lesser stake, are so much better for stress management than a single exam with huge stakes.

People who accept the logic so far will then argue that having 100 different exams is still stressful even if each exam has less stress. My question to them is: How many students take 100 or even ten different entrance exams. Why are they even taking ten exams? Shouldn’t they instead do some research about the kind of places that they want to join and prepare for the future? Frankly, we cannot reduce the number of exams because there is this person somewhere who refuses to introspect, who refuses to do some research on various colleges and courses, and then insists on trying his/her luck with everything under the sun.

There is another problem with a common single exam. The exam is sorting you based on your preparedness in one dimension. People are not identical. If someone is really good at physics and maths, he/she will do better in an exam where chemistry has less weight or is easier. Is it fair to banish this guy to a low rank for all the educational institutions in the country. IITs may consider chemistry to be important, but should every university be forced to consider chemistry as important. What if one is good at languages? There is a huge amount of research which shows that being good at a language increases your chances of success. Now, government institutions may be afraid to get into language politics of the country and not have language component in the entrance test, but should private universities also be forced to admit students without considering their language abilities. (India is the only nation in the world where admission to higher education is done without considering language abilities.)

So a single test is taking away the most important component of the autonomy that a university must enjoy, and is being unfair to most students since most students’ capabilities and interest do not align with any one particular test.

There is more to it. What should be the syllabus of this exam? If the syllabus is the intersection of the syllabi of all the boards, then it may not be acceptable to most universities in the country. But if we add some topics other than the common part, then we are being partial. This is exactly the point of several states in the case of NEET. By choosing one syllabus for NEET, you are discriminating against state boards whose syllabus is significantly different from that chosen syllabus. The same thing will now happen for engineering education, if a common exam is forced on this country. Having state level exams were allowing students to get admission to top colleges of their respective states without being forced to go through coaching of topics that they have not learned in schools. Now that option will be taken away.

The suicides in Kota happen due to high stakes and thus high pressure from parents to succeed in JEE. If there is only one exam, brace yourself for a much higher pressure and many more suicides.

So a common test (like NEET) increases stress by increasing the stakes, forces a linear ranking among students who have widely different skills and training and thus is unfair to most students who have studied in state boards. It takes away the most important component of autonomy of universities, bars any innovation in the admission process by universities, and really gives us nothing in return of all these costs.

This article was originally published on Dheeraj Sanghi’s blog has been republished here with permission. Sanghi is a professor in the computer science department at IIT Kanpur.