That education is mentioned as a priority area is an improvement, as far as signals go. However, the averments are not matched by a commensurate allocation of resources. 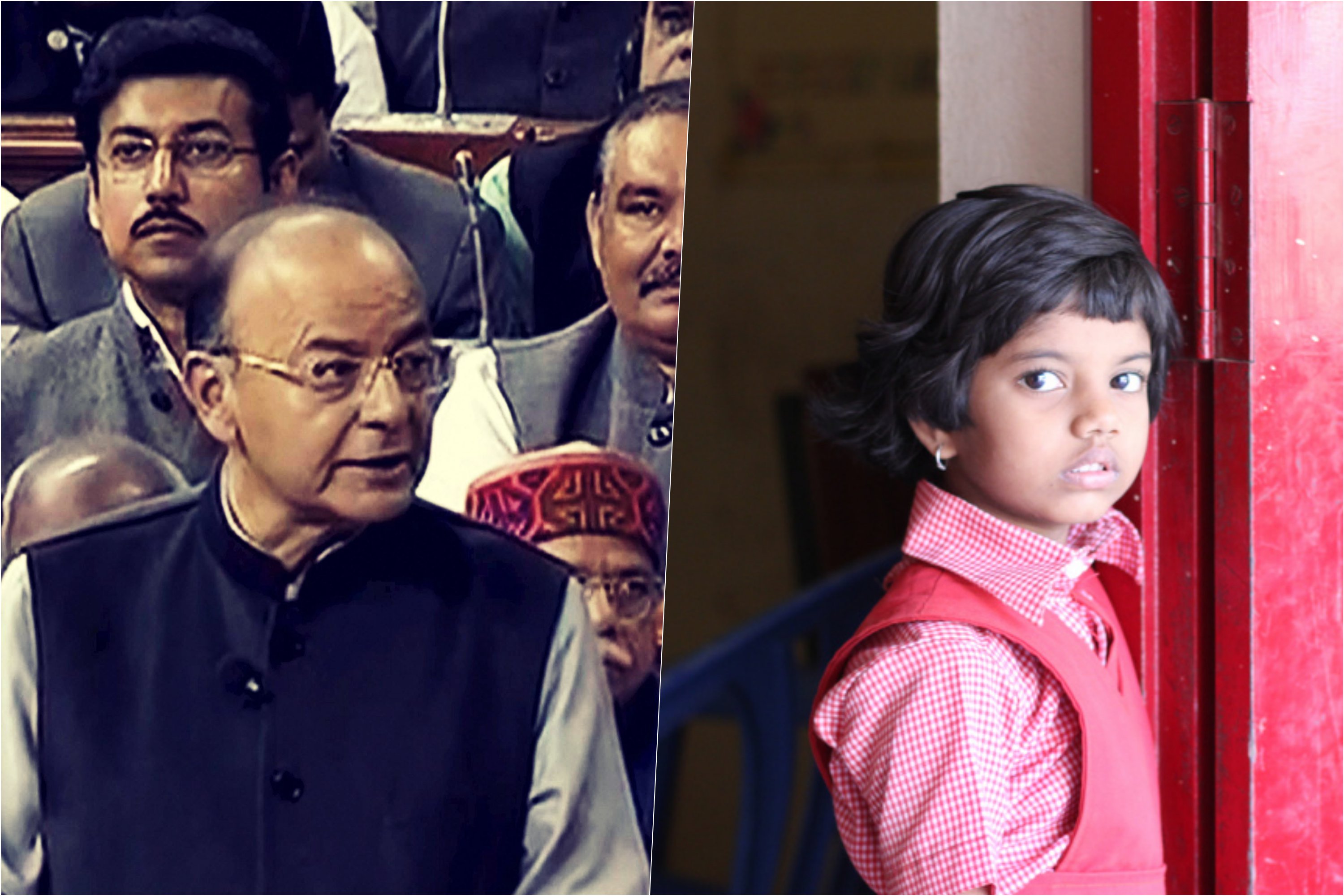 Every year, there is much anticipation around the announcement of the budget with both apprehension and expectation of what it might signal. In fact signal is all it does, as policy decisions of any magnitude – even economic policy announcements – are never a part of this exercise. The focus instead is on whether government is going to go ‘populist’ and overspend, ignoring fiscal health or is it going to be prudent?

In a year that marks the last budget of the current government before it goes to the polls in 2019, it has unsurprisingly adopted the former route. Also, expectedly, in a year when the Economic Survey boldly declared falling real wages in agriculture as a core concern, agriculture was a major focus of this year’s budget.

Education, of course, has yet to be considered as part of any populist package, and so it was heartening to hear finance minister Arun Jaitley actually include it in his list of priorities for this year along with strengthening agriculture and the rural economy, infrastructure creation and support to senior citizens. In fact, this signalled more clearly than in previous years the direction that education policy is likely to take.

The emphasis on quality – now the buzz word in education – was indicated through two main announcements: one that technology will be the driver of the efforts, as symbolised in the move from blackboard to digital board; and two, that the government will take a holistic view of education, seeing it as a continuum from primary to secondary.

Both these policy indications have in fact been in the news just prior to the budget in the form of the announcement from the last Central Advisory Board of Education (CABE) meeting of Operation Digital Board, and a concept note floated by the Ministry of Human Resource Development regarding the merger of two flagship education schemes – Sarva Shiksha Abhiyan (SSA) and Rashtriya Madhyamik Shikhsa Abhiyan (RMSA) with teacher education programmes.

In addition, the plan to develop a district-wise strategy for improving quality and enhancing teacher education and training were cited as the areas where improvement in quality is expected to come from. Other notable mentions were the setting up of residential schools in tribal areas on the lines of the Navodaya Vidyalayas.

However, while these announcements do indicate the thrust of policy, there is no indication in the budget document of how these ideas will be financed. Hence, all we get is that the total budget of the National Education Mission is up from Rs 28,255 crore last year to Rs 31,212 crores  – an increase of a mere Rs 3,000 crores that does not seem adequate for the ambitious plans of digitalising education as declared in the budget speech.

This allocation is especially worrying as not only is enrolment increasing every year (and there are still millions of children out of school) but only 62% of all schools have an electricity connection, only 24% have functional computers and only 9% have an electricity connection and a functional computer (DISE, 2015-16). Unless one is to assume that the rural electrification mission will also cover schools, it seems unlikely that Operation Digital Board will see much of a take off. The school education budget document certainly makes no mention of how this Operation will be funded. In fact, the budget for digital India e-learning has come down from Rs 518 crores to Rs 456 crores this year

Similarly, while teacher training has been emphasised, the budget for the Madan Mohan Malviya National Mission for Teachers and Training has remained stagnant at Rs 120 crores allocated last year (RE Rs 100 crores). There is, however, an increase in budgetary support for strengthening teacher training institutes of Rs 70 crores but that appears to have come at the cost of appointment of language teachers amounting to Rs 40 crores (item 20 on p188). This does not bode well for the huge shortage of teachers in general but especially in tribal areas, which has otherwise been mentioned as a focus area.

In fact, there is no mention of the Eklavya Model Schools the minister talked about for the tribal regions in the school education budget. It does show up in the tribal affairs budget though – defying the notion of looking at education holistically. In fact, the distribution of responsibility across ministries has been criticised for not being under the single jurisdiction of the MHRD and being accorded less priority by being put under ministries that are under-resourced.

The idea of taking a holistic approach to education is similarly not reflected in the budget document as allocations have been made separately for SSA and RMSA as well as teacher education. For SSA, they have increased marginally from Rs 23,500 crores last year to Rs 26,128 crores this year and for RMSA from Rs 3,915 crores (RE) to Rs 4,213 crores. Will these be clubbed by the states or  allocated across the different programme components is unknown. The overall impact on quality, if any, can thus not be ascertained.

The announcement of an expenditure of one lakh crore rupees over the next four years for research and innovation is also reflected in a mere Rs 31 crore increase this year, from Rs 319 crore to 350 crore.

So what does one take away from the budget speech and expenditure documents? That education is mentioned as a priority area is an improvement, as far as signals go, from the previous year where it barely found a mention in the FM’s speech. However, one is hard pressed to find any actual indication of a substantial shift or of the priority that is mentioned in his speech. Unfortunately the averments are not matched by a commensurate allocation of resources or even an indication of where the resources will come from for the announcements made. This begs the question of whether non-budgetary resources are going to be the way forward. This has massive implications for the future of public education and thus must be discussed more comprehensively in the public domain.

At the same time, the thrust on technology as the driver of quality improvements in education must also be unpacked and addressed more comprehensively – especially as it comes without addressing the huge shortage of teachers and of supporting infrastructure in schools. Has technology become a convenient way of side-stepping deeper institutional problems that plague the sector? Is the government looking for quick fix solutions and shying away addressing the larger issues of implementation failure that have long been acknowledged as the cause of poor quality and falling learning levels?