Budget 2021 May Not Be Able to Fully Heal the Damage to Education Sector, but it Can Try

The flaws in online education, lockdown-induced dropouts and a need for infrastructure and capacity building – all these are major problems facing schooling in India. 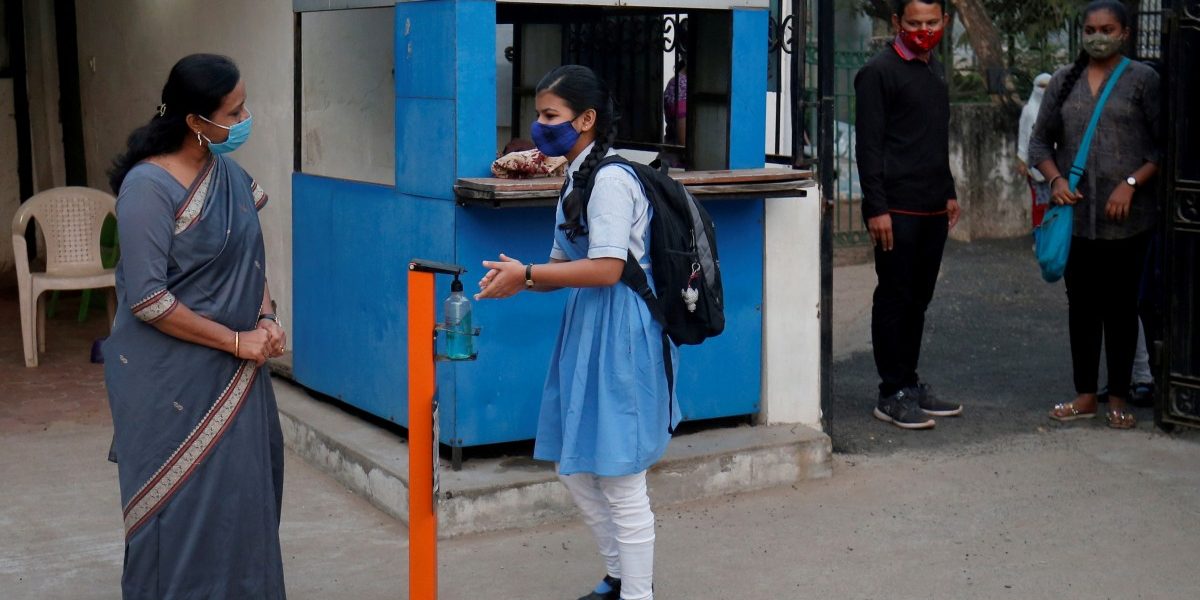 Representative image of a girl at a Gujarat school. Photo: Reuters

The last year saw the world forced into unprecedented situations of lockdown and closure due to a pandemic. In doing so, it also raised fundamental questions about policies and their impact, especially around social protection.

There are two themes, cutting across sectors, that came to the fore most strikingly, during this period.

The first is that of inequality, which was seen across the board – in the labour market, in access to health, in the digital divide in the access to online education, in the urban-rural divide, and in the gender divide as women and girls disproportionately bore the brunt of all disruptions at home and at the workplace.

To misquote EE Cummings: “inequality is like the sky – it spreads over everything”, and it did, in the very unequal unfolding of the crisis. It also brought to light the interconnectedness of things and highlighted the second theme – that of systemic failures or the inability of the system to control and mitigate the losses.

This was evident in the lack of capacity to generate real-time and regular data on key sectors, and hence insufficient knowledge of the scale of the crisis, in the lack of inter-sectoral linkages, in the lack of financial mechanisms or ability to leverage resources, and in the lack of collectivised coordination, between the state and non-state actors, that marked the nature of government response.

The question, as India prepares to present its first post-pandemic budget, then is: given the policy and systemic gaps that enabled the unequal unfolding, what will the priorities be now, for sustained recovery? Will we see a ‘paradigm shift’ with the government addressing the situation of heightened inequalities and systemic failures, or will these be side-stepped, yet again?

Of particular importance, is India’s school education sector. how it has fared during the pandemic and what the future portends for it.

The education sector was not just the theatre where the systemic gaps were highlighted, in the year gone by, but where inequalities have heightened and threaten to get worse in the long term in multifaceted ways. In India. this was brought on by the fact that schools have simply been shut for more than 9 months. As a result, learning shifted entirely to remote platforms – online classes, radio and television broadcasts and other digitally enabled content disbursement through mobile phones and portals.

In May 2020, the government launched PM e-VIDYA, that includes various platforms such as DIKSHA, SWAYAM, e-Pathshala and NROER (National Repository of Open Educational Resources) to facilitate the continuance of education through the pandemic. However, SWAYAM is for children of Class 9 and above, and DIKSHA and e-Pathshala are apps accessible only on smartphones, as is the NROER.

Unsurprisingly then, as a study of five states by Azim Premji University shows, almost 60% of the children surveyed have not been able to access digital learning opportunities. A variety of reasons are cited including absence of internet connection or absence of a smartphone, difficulties in sharing a smartphone with parents and siblings, difficulties in using the Apps etc.,

In addition, 90% of the teachers reported that they were unable to meaningfully assess learning through this period, with more than 50% of the children unable to complete assignments shared online. Besides, 54% of the teachers admitted that they had insufficient knowledge and experience in using online platforms, as they do not form part of their regular teaching methodology and the training imparted was inadequate. Parents also reported their disquiet regarding remote learning and overwhelmingly expressed a wish to resume in-person classes.

These findings are in line with evidence from other parts of the world as well, where the learning loss impact has been estimated at more than 10% on average and more than 50% in low income countries, a large part of which is attributed to lack of access to digital sources.

However, evidence from advanced countries with much better access to digital sources, also raises serious questions about the efficacy of learning at home. For instance, a comprehensive study of Netherlands found that “the average learning loss is equivalent to a fifth of a school year, exactly the period of school closure, implying that students made little or no progress whilst learning from home, and suggests much larger losses in countries less prepared for remote learning”. It is unsurprising then that many countries, including France, have sought to prioritise schools and keep them open for most of the pandemic period. It is becoming abundantly clear that remote learning – no matter how well conceived – is no substitute for in-person education. And yet, very little or no attempt is evident around reopening of schools in large parts of India. Some attempt at distributing textbooks has been made to mitigate the digital divide. However, that alone cannot compensate for classroom interaction.

In addition, to the direct impact on learning due to loss of the physical space of the school, the traumatic impact of the economic downturn, disproportionately borne by low income families and those from vulnerable employment backgrounds, has also taken a toll on children and their ability to learn at home. Many have virtually dropped out, either due to migration to other places and loss of contact with school and teachers, or due to being pushed into the workforce to compensate for household loss of earnings. Girls have also found themselves shouldering greater domestic responsibilities in addition to possible work responsibilities, disproportionately impacting time available to them for studying. Further, there is a likely nutritional impact of school closures with the disruption of midday meals.

Also read: To No One’s Surprise, Online Schooling Has Started Taking a Psychological Toll on Students

Though some states have now shifted to delivering dry rations instead, the jury is still out on how effective that has been or how much of that food is available to children in poor households, where loss of earnings has impacted household consumption across the board.

Private schools have also borne the brunt as many have either had to shut down due to loss of earnings from fees, as parents have been unable to keep up with private school fees or schools have had to scale down due to inability to pay teachers’ salaries. As a result, when schools do open, there is likely to be a heightened pressure on government schools. 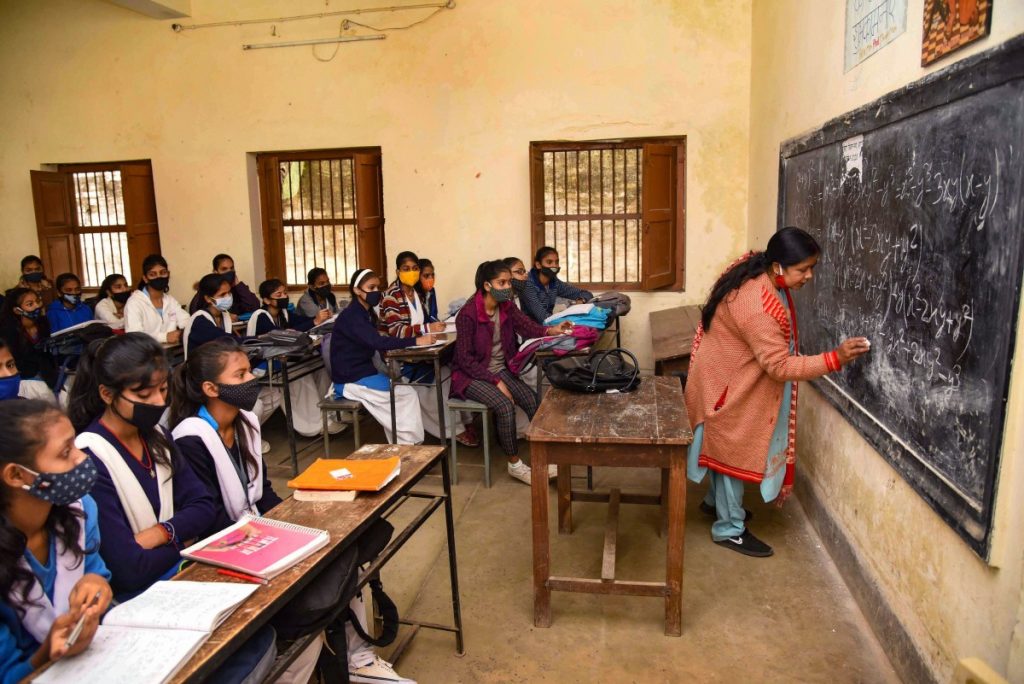 A classroom in Patna on January 4. Photo: PTI

The task for the education department is thus clear. The first step would be to launch a massive programme to make the schools fit for re-opening along with huge drives to locate and motivate children to return to school. Communities and NGOs should be involved in the latter as teacher access to parents through telephone numbers may not be enough. Further, financial incentives may also be required to get children back into schools. However, once in school, several changes will need to be made involving not just health, hygiene and safety standards, but in pedagogical practices too. For instance, the returning children will include those who were able to access some learning and those who were not, hence the diversity in the classrooms is likely to be higher, for which the teachers will require special training.

Further, flexibility in learning benchmarks along with a programme to allow children over a reasonable time frame to make up for the time lost will need to be instituted. In order to do so, capacity gaps that exist in the system will need urgently to be plugged. Unfortunately, due to decades of neglect, state capacity in education has been depleted enormously.

From large scale teacher vacancies, inadequate training to deal with diverse situations and poor or non-existent institutional support at the school level, to gaps in basic infrastructure and WASH facilities in schools, the system needs a complete overhaul. Clearly, all the reforms cannot take place overnight. The important thing to keep in mind however, is that the responses address the needs of the poor and marginalised so as not to worsen their situation, leaving them further behind. And policy should be geared towards systemic reforms, and not just knee-jerk solutions that bypass institutional structures and systems.

Getting down to expenditure

In order to make the changes required and mitigate the losses, financial resources will be required – a lot more than have in the past been reserved for education.

A quick look at last year’s budget and its expenditure (October 2020 – the last figures available) shows that for 2019-20, the allocations to the education sector had fallen short of requirements by an even larger margin, than previous years. 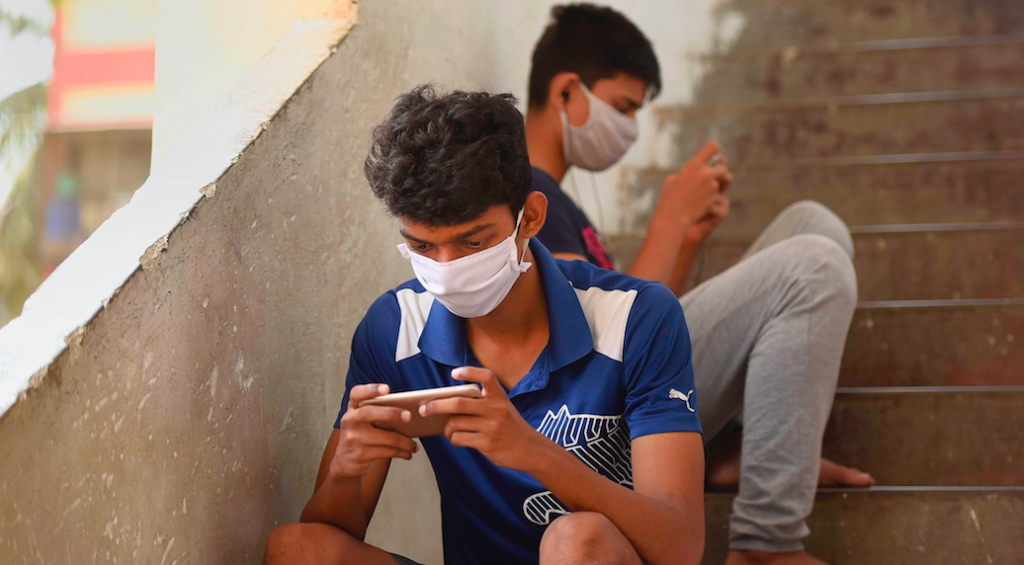 However, what makes matters worse is the pace of release of funds, which is not just slow but decreasing, indicating a major lacuna in the systemic architecture of education. As a result, “till 24 November 2020, a total of Rs 11,054 crore was released, accounting for only 29 percent of GoI allocations for FY 2020-21 BE”. Instead, states were asked to spend unspent balances from previous years with the only addition being an ad hoc grant of Rs. 4500 crores – hardly enough to deal with the challenges posed.

Further, the components of the budget also suggest that the special conditions created by the pandemic were not reflected in the budgetary allocations, as they remained the same in FY 2019-20 and FY 2020-21, even though the latter was approved between July-August 2020 – several months into the pandemic.

As a result, in September 2020, 17% of sanctioned teacher posts in government schools remained vacant (the optimum requirement of teachers is much higher than sanctioned posts and in Jharkhand and Bihar the vacancy was as high as 40%), and teachers were allocated a paltry Rs.1000 per head, to meet all the needs for shifting to remote learning such as acquiring pen drives, high speed data packs and printing of modules. Thus far, the allocations for ICT (part of the quality interventions budget head) also account for on average only 4% of the allocation (as low as 1% and 2% in Uttar Pradesh and Bihar).

Unfortunately, the infrastructure component of the budget does not provide details related to WASH. In general, though, infrastructure is not in the top 3 items in the education budget, amounting to less than 10 %. But it is clear that expenditures on infrastructures, including WASH, but also on making more space available per child, will have to increase substantially to enable children to return safely back to school.

Is the government going to follow past practice, or will it rise to the occasion and make increases in line with requirements, remains to be seen? The writing, however, is on the wall – if it does not step up the repercussions will be large and long lasting.