A total of 761 candidates i.e. 545 men and 216 women, have cleared the test, conducted annually to select the country's civil servants. 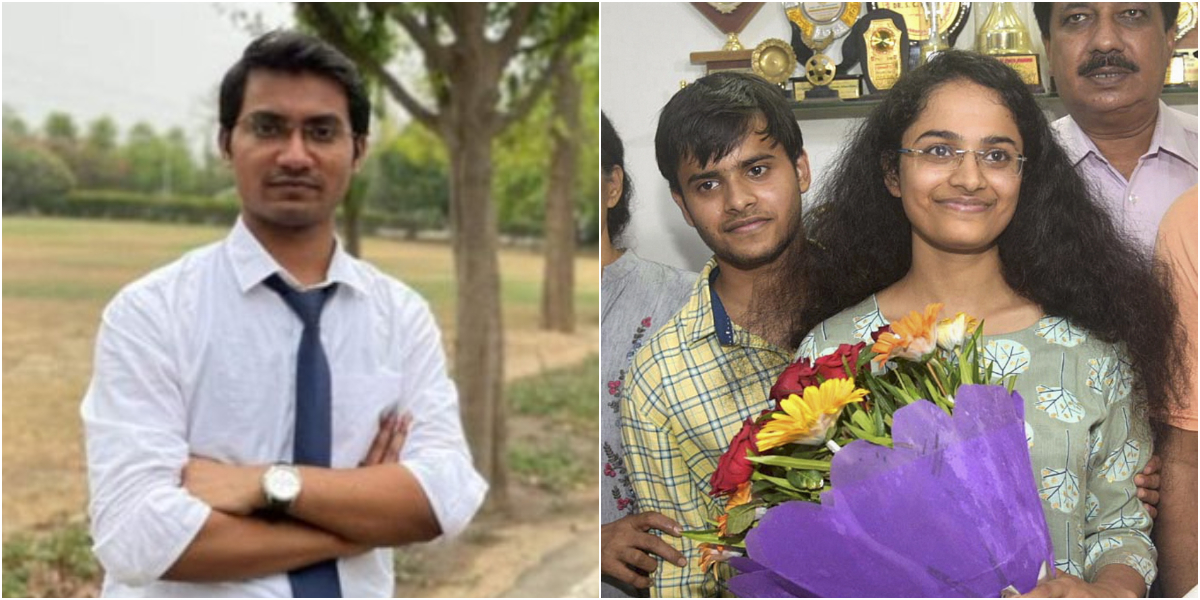 New Delhi: Bihar’s Shubham Kumar and Madhya Pradesh’s Jagrati Awasthi have achieved the first and second ranks respectively in the coveted civil services examination, the results of which were announced on Friday by the UPSC.

A total of 761 candidates – 545 men and 216 women – have cleared the test, conducted annually to select the country’s bureaucrats, diplomats and police officers, among other civil servants.

Kumar, aged 24 years, topped the exam in his third attempt.

He got selected in the Indian Defence Accounts Service (IDAS) after qualifying for the civil services examination in 2019.

Kumar, who hails from Katihar in Bihar, is currently undergoing training at the National Academy of Defence Financial Management (NADFM) Pune.

A Bachelor of Technology (civil engineering) graduate from IIT Bombay, he has qualified for the 2020 examination with anthropology as his optional subject.

“My dream was to get into the IAS as it gives a wider platform to work for the betterment of the people. It has been realised and I would like to work for the underprivileged people, especially in rural areas,” he told PTI over the phone from Pune.

Kumar said areas like poverty alleviation and the development of villages and their people would be his focus area while in service.

“My father used to motivate me a lot and helped me in maintaining a positive attitude that helped me in clearing the exam,” he said, adding that his father works as a bank manager in Bihar.

Second rank holder Awasthi, who hails from Bhopal in Madhya Pradesh, said she would also like to join the Indian Administrative Subject (IAS) and work for rural development, besides women and child development.

“I have opted for IAS. I got motivated by the people around me. I would like to work for the development of rural areas besides women and child development,” she told PTI over the phone from Bhopal.

Awasthi, aged 24 years, believes providing skills to women, especially from rural areas, in handicrafts can make India a world leader in the sector.

She completed her schooling at Maharishi Vidya Mandir and graduated in electrical engineering from the Maulana Azad National Institute of Technology (MANIT), Bhopal.

Awasthi qualified for the examination with sociology as her optional subject.

“I worked with BHEL for two years after completing my graduation in 2017. I could not clear the examination on the first attempt. This was my second exam,” said Awasthi.

The civil services examination is conducted by the Union Public Service Commission (UPSC) in three stages – preliminary, main and interview – to select officers of Indian Administrative Service, Indian Foreign Service and Indian Police Service, among others.

While Ankita Jain achieved the third rank, Ria Dabi, who is the sister of 2015 civil services exam topper Tina Dabi, has secured 15th rank in the examination.

Tina Dabi, an IAS officer, is currently posted in her cadre state Rajasthan.

Minister of state for personnel Jitendra Singh congratulated the candidates and said they have an important contribution to make in their active service for the next 25 years as architects of independent India at 100 years.

Singh said that among the top 20 candidates, there aer an equal number of men and women.

The 761 recommended candidates include 25 persons with benchmark disability – seven with orthopedic disabilities, four who are visually impaired, ten with hearing impairments and four with multiple disabilities.

Of the successful candidates, 263 are from the general category, 86 from the economic weaker section (EWS), 220 from Other Backward Classes (OBC), 122 from Scheduled Castes (SC) and 61 who belong to the Scheduled Tribes (ST) category.

In addition, 150 candidates have been put on the reserve list.