While reports said that Nita Ambani had verbally agreed to join, a spokesperson for Reliance Industries said she did not receive any invitation from the university. 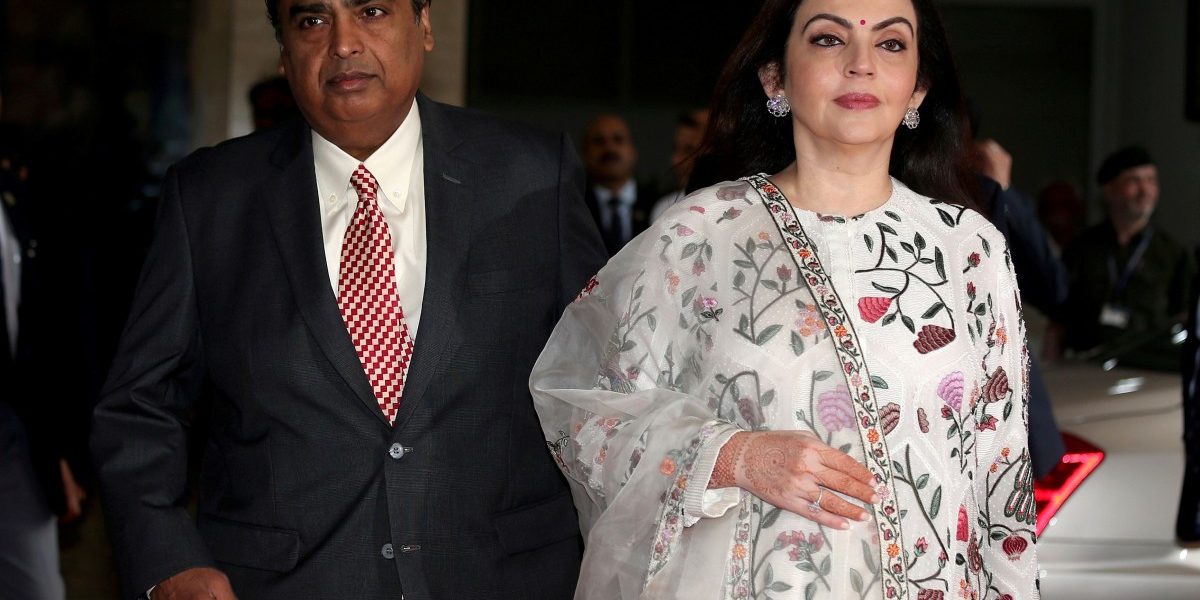 Note: This article was first published on March 17 and republished at 12:42 pm on March 18 in light of new developments.

New Delhi: Students at Banaras Hindu University (BHU), in Varanasi, Uttar Pradesh, are protesting a proposal to appoint Nita Ambani, wife of billionaire business magnate Mukesh Ambani, as a visiting professor in the university’s Centre for Women’s Studies and Development.

A group of more than 40 students protested outside the campus residence of BHU vice-chancellor Rakesh Bhatnagar and also submitted a memorandum opposing the appointment, Indian Express reported.

Update, March 18, 2021: At 12:52 pm on March 17, BHU issued a statement via Twitter saying “no official decision has been taken by the BHU administration and no such administrative order has been issued” vis-à-vis Nita Ambani’s appointment as a visiting professor. ANI also reported that Reliance Industries Ltd. has said reports of Nita’s appointment at BHU “are fake” and that she hasn’t received an invitation. However, Boom Live fact-checked Reliance’s claim and reported that the dean of the social sciences department had sent the proposal and received an acknowledgment too.

The proposal had been drafted by BHU’s Social Sciences Faculty and was sent to Reliance Foundation, where Nita Ambani is a chairperson and owner-founder. The newspaper also reported that the faculty was mulling the names of Priti Adani, wife of industrialist Gautam Adani, and Usha Mittal, wife of steel tycoon Lakshmi Mittal, for the other two visiting professor positions at the centre.

According to Dainik Jagran, Nita Ambani has provided verbal confirmation that she will join.

However, a spokesperson for Reliance Industries Limited told news agency ANI that Nita Ambani has not received any invitation from BHU.

Reports that Nita Ambani (in pic) will be a visiting lecturer at Banaras Hindu University (BHU) are fake. She hasn’t received an invitation from BHU: Reliance Industries Limited spokesperson to ANI pic.twitter.com/dd8MUpER8T

This is contrary to the statement made by Kaushal Kishore Mishra, dean of the social sciences faculty, BHU to Indian Express. Mishra said that the faculty does academic and research work related to women empowerment, along with graduation and post-graduation courses. “Following the BHU tradition of involving philanthropic industrialists, we sent a letter to the Reliance Foundation asking Nita Ambani to join the Women Study Centre as a visiting professor so that we can benefit from her experience. We did this because the Reliance Foundation has done a lot of work in the field of women empowerment,” he said, according to the newspaper.

One of the protesting students told Indian Express that BHU should instead invite women’s empowerment “icons” like “Arunima Sinha, Bachendri Pal, Mary Kom or Kiran Bedi” to be visiting professors. The university’s view, expressed by faculty dean Kaushal Kishore Mishra, is that BHU has a “tradition of involving philanthropic industrialists”.

The Social Sciences Faculty at BHU is also planning to introduce a specialisation in “Kashi Studies” as part of its MA history course. “Under the course, students will study everything about Kashi (Varanasi) in detail, including its history, festivals, fairs, culture, religious significance, way of living, ghaats, temples, political and social journey and importance in freedom struggle,” Mishra reportedly said.

Also read: How Jio University Got the Government’s Tag of ‘Eminence’ Even Before Existing

BHU was founded in 1916 as India’s first private university by Madan Mohan Malaviya and two others. Today is a central university. A visiting committee of the University Grants Commission declared the Centre for Women’s Studies and Development to be a nodal centre in 1997.

The industrial ambitions of both Mukesh Ambani and Gautam Adani have benefited from Narendra Modi’s tenure as the prime minister of India, and have received privileged treatment from banks and laws alike. In the latest major incident, the Modi government’s controversial farm laws are being seen as a pro-corporate move that will further impoverish farmers.

In October 2020, Kusum Arora reported for The Wire that protesting farmers’ unions “announced that they would ‘gherao’ and ‘boycott’ corporate houses in Punjab, primarily those owned by Mukesh Ambani and Gautam Adani.”