The students said the police lathi-charged without provocation and that they even tried to enter the women's hostel. 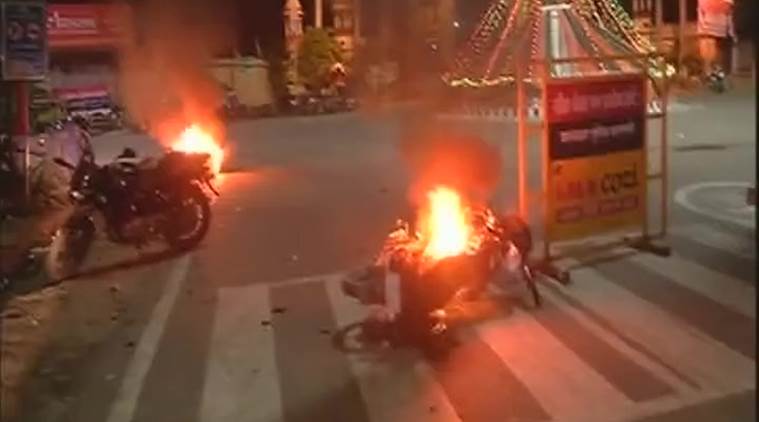 New Delhi: Clashes broke out at Banaras Hindu University (BHU) late on Saturday night after the police lathi-charged women protesting the administration’s inaction in a case involving the molestation of a student earlier this week.

Video footage has emerged of policemen charging towards the protesting women as others run to their hostel. No women constables can be seen in the videos. The lathi-charge happened just hours after Prime Minister Narendra Modi’s visit to Varanasi.

A first-year hostel resident was molested and grabbed by three bike-borne men just outside the BHU campus on Thursday evening. According to NDTV, the protesting students have been trying to  meet the vice chancellor to apprise him of the safety situation and to urge him to take necessary steps. But on Saturday night, as they tried to enter his residence, they were stopped by university guards. Then the police arrived and used lathis to disperse them. Several students got injured in the scuffle.

According to the NDTV report, the students said that the police lathicharged them without provocation and alleged that the cops even tried to enter the women’s hostel.

Students told ANI that girls were beaten and abused during the lathicharge.

The main gate of the university has now been cleared of protesting students and the situation is under control, the police told NDTV.

Former UP chief minister Akhilesh Yadav tweeted about the violence, “Lathicharge on BHU students is condemnable. The government must find solutions through talks and not force. There should be action against those involved.”

According to a report in the Hindu, the administration said it would advance the puja vacation for students and has asked students to vacate their hostels by 4 pm.

However, according to the report, the BHU administration that it ordered the lathi-charge on the women.

BHU chief proctor O.N. Singh told the Hindu that the police acted in self-defence after the group of protesters, which he claimed was full of outsiders and “anti-social elements,” pelted stones at the security forces and tried to break into the hostels.

“There was no lathi charge. The protesting crowd had a large number of anti-social and miscreant elements in it and they broke the Triveni Gate and tried to enter forcefully into the girls’ hostels. They pelted stones at the police, who acted in their defence. Some policemen also received injuries”, he said. 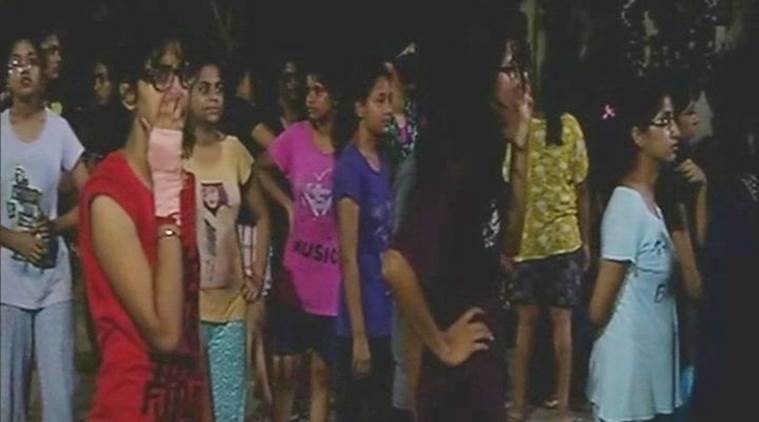 The central varsity, in a statement earlier, had alleged the protest by the girl students was “part of a conspiracy to defame the institution.” Credit: Twitter/ANI

Rajesh Kumar Singh, the public relations officer of BHU told NDTV, “80% of the protesters are outsiders. This is a politically-motivated protest.”

The central university, in a statement earlier, had alleged the protest by the girl students was “part of a conspiracy to defame the institution.”

Meanwhile, a delegation of journalists is scheduled to meet UP chief minister Yogi Adityanath to protest the alleged police action against journalists covering the incident, reported the Hindu.

At least two journalists were injured and they allege the police did not let them go to the hospital for treatment, the UP state accredited correspondents committee told the Hindu.

The statement, signed by professors, activists and artists across the country, said, “This is a complete failure of the Vice Chancellor of the University to protect students and their rights to free speech. The administration has miserably failed to respond institutionally to an incident as grave as sexual harassment.”

The statement demanded that “immediate action be taken against the police for the brutal act, suspension of the SP/DIG, judicial inquiry of the event and meeting the demands of the students to ensure their safety. ”