Assam: Student Who Wore Shorts to an Entrance Exam Wrapped in a Curtain

Despite no dress code being mentioned on the admit card and the university having no rules against shorts, Jublee Tamuli was not allowed to take the exam until she covered her legs. 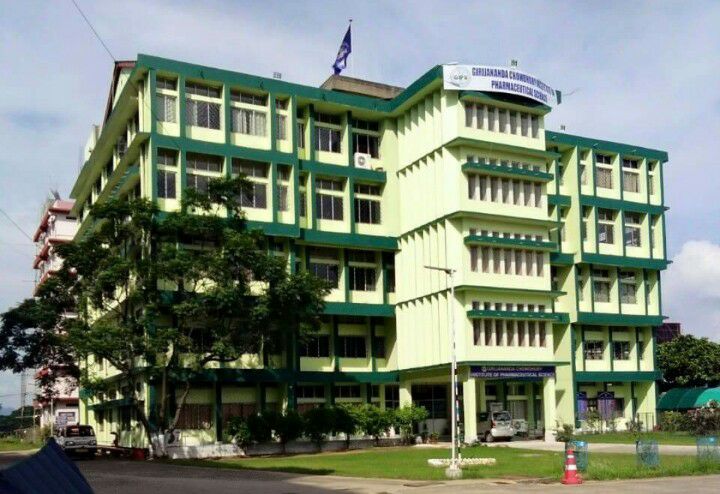 The Girijananda Chowdhury Institute of Pharmaceutical Sciences (GIPS) in Tezpur was the exam centre where the incident took place. Photo: Facebook.

New Delhi: A 19-year-old aspirant who appeared for an entrance exam in Assam’s Tezpur wearing shorts was made to cover her legs with a curtain in order to take the exam, the Indian Express reported.

Jublee Tamuli, the student in question, said that no dress code had been stipulated in the exam’s admit card, going on to note that she had appeared for the NEET exam in the same town a few days prior, wearing the same clothes, where no objection had been raised.

Tamuli was appearing for the entrance exam for Assam Agricultural University (AAU), Jorhat. The exam was being conducted in Tezpur’s Girijananda Chowdhury Institute of Pharmaceutical Sciences (GIPS), 70 km from Tamuli’s home in Biswanath Chariali.

The security guards present on the campus allowed her in through the main gate and she was only stopped by an invigilator once she tried to enter the exam hall. She was told that she would not be allowed to sit for the exam, the Sentinel reported.

Eventually, the controller of the exam told Tamuli that she would be allowed to take the exam if a pair of pants could be arranged. Jubilee’s father, Babul, who had accompanied her to Tezpur, went searching for a pair of trousers in a market around eight km away.

However, by the time Babul was able to source a pair of trousers, Tamuli had been given a curtain to cover her legs and was allowed to sit for the exam.

Tamuli told the Indian Express that one of the invigilators had remarked that, “If you lack basic common sense, how will you succeed in life?” Tamuli also noted that the authorities did not check for any COVID-19 protocols being followed, such as masks or temperature, but didn’t allow her to take the test while her legs were exposed.

She described the incident as “unfair” and said that she felt “harassed” throughout the episode.

Tamuli was able to finish her exam, however, she noted the added stress caused by the events and even by the curtain, which kept slipping off as she tried to answer questions. She also brought up the double standard of boys being allowed to wear whatever they want while girl’s bodies are policed in this manner.

Abdul Baquee Ahmed, principle of GIPS, told the Indian Express that he hadn’t been present on campus when the incident took place but had been made aware of what happened.

Ahmed noted that GIPS only provides the venue for the exam and plays no greater role in proceedings; even invigilators are external. He also said that, while there is no rule against wearing shorts to an entrance exam, it is important for “decorum” to be maintained and that “parents should know better”,

Tamuli has expressed that she plans to write to Ranoj Pegu, Assam’s education minister, about the incident.