'Walking with the Comrades' details the author visits to Maoist hideouts. 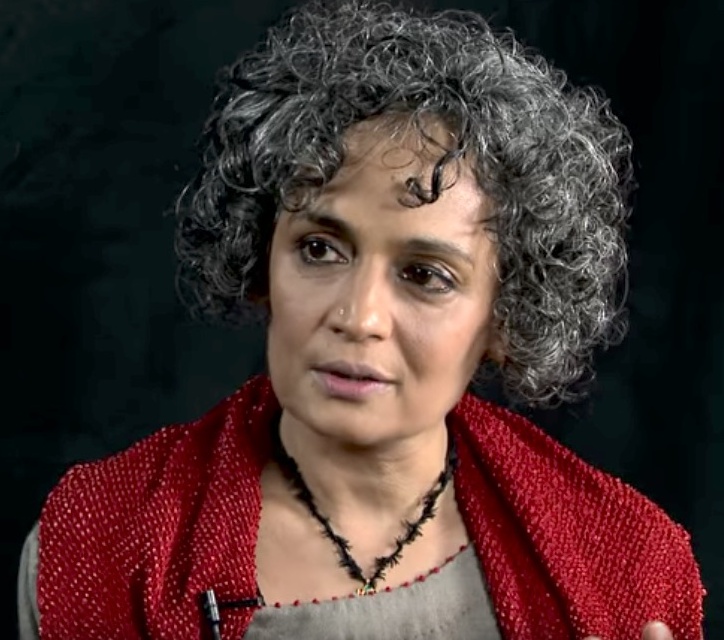 New Delhi: A Tamil Nadu university has decided to withdraw Arundhati Roy’s book Walking with the Comrades from its postgraduate English syllabus after complaints from the Akhil Bharatiya Vidyarthi Parishad (ABVP – student wing of the RSS). The books details Roy’s visits to Maoist hideouts.

The Manonmaniam Sundaranar University in Tirunelveli has replaced Roy’s book on the syllabus with M. Krishnan’s My Native Land: Essays on Nature, The Hindu reported.

“[Roy’s] book was included in the syllabus in 2017. It was only a week ago that it was brought to our notice that Ms. Roy had glorified Maoists. So we formed a committee to discuss the issue and the panel recommended its withdrawal,” vice-chancellor K. Pitchumani told the newspaper. “Besides the ABVP, others complained too, and the issue assumed multiple dimensions. So we decided to withdraw the book. It is appropriate that Krishnan is from Tirunelveli.”

Also read: Arundhati Roy on Imagining Tomorrow and the Benign Face of Violence

ABVP Dakshin Tamil Nadu joint secretary C. Vignesh had said that Roy’s book openly supported “anti-national Maoists”. “The teachers also taught an anti-national subject. Students are subjected to mental agony as the book encourages hatred against our country,” he said, according to The Hindu.

RSS mouthpiece Organiser had also written against the book.

Roy’s work has often been criticised by the right-wing, including its use in universities. Most recently, in July this year, the Kerala unit of the Bharatiya Janata Party agitated to have a speech Roy made in 2002 removed from the Calicut University undergraduate English syllabus. Then too, the BJP claimed that the writer is “anti-national”. The university has not yet taken the decision to remove the article.

Roy has been a vocal critic of BJP’s rule in India and the party’s Hindutva agenda.

The university’s decision has been met with widespread condemnation in Tamil Nadu. Madurai CPI(M) MP S. Venkatesan was among the first to react and demanded that the decision be immediately withdrawn. “A decision to include or drop a book should be made by three committees – syllabus committee, standing committee and senate. But the vice chancellor, in this case, has bypassed all the norms.”

Venkatesan added that this is not the first time that the Manonmaniam Sundaranar University has done this. “In 2012, the University has decided to exclude a story from the collection Nonbu by D. Selvaraj after some quarters raised objection over the depiction of Andal in it. The university had replaced the story. The state government’s higher education department should immediately intervene and set this right,” Venkatesan told The Wire.

Reacting to the decision, DMK MP Kanimozhi tweeted that a ‘society’s diversity will be distorted if administrative power and politics decided what is art, what is literature and what should students read.’

The Tamil Nadu Progressive Writers and Artists Association had announced a meeting on November 12 to condemn the incident.

In a statement, Roy said that bans and purges do not prevent writes from being read. She said the “narrow, shallow, insecure attitude” towards literature displayed by the “current regime is not just detrimental to its critics. It is detrimental to millions of its own supporters.” She said bans will stunt society’s “collective intellectual capacity”.

The full statement has been reproduced below:

“When I heard of the Manomaniam Sundaranar University’s decision to remove my book Walking With the Comrades from its curriculum following threats and pressure from the ABVP—oddly enough I was more happy than sad because I had no idea that it was in the curriculum in the first place. I am glad it has been taught for several years. I am not in the least bit shocked or surprised that it has been removed from the syllabus now. It was my duty as a writer to write it. It is not my duty to fight for its place on a university curriculum. That is for others to do or not do. Either way it has been widely read and as we know bans and purges do not prevent writers from being read. This narrow, shallow, insecure attitude towards literature displayed by our current regime is not just detrimental to its critics. It is detrimental to millions of its own supporters. It will limit and stunt our collective intellectual capacity as a society and a country that is striving for a place of respect and dignity in the world.”

Note: This article was updated to include Arundhati Roy’s statement.