Over 1000 delegates, including prominent historians, will attend the event at Bhopal’s Barkatullah University. 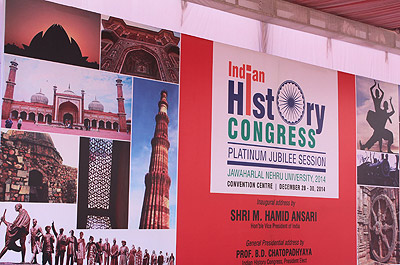 The 79th session was earlier supposed to be held at the SPPU from December 28.

“However, it was cancelled by the local hosts apparently due to financial reasons,” said IHC secretary Mahalakshmi Ramakrishnan.

She was speaking at a joint press conference with Madhya Pradesh public relations minister P.C. Sharma.

“As an organisation, this cancellation was unprecedented in the history as the only time we had not held the congress session was in times of national need like ‘Quit India’ movement in 1942 and the wars in 1962 and 1971,” Ramakrishnan said.

“In the moment of crisis, the Madhya Pradesh government has come forward to support the IHC. Bhopal’s Barkatullah University will be hosting it at such a short notice,” she said.

Ramakrishnan, however, evaded a reply when asked if there was any political reason behind the Pune university’s refusal to host the IHC.

Earlier, the SPPU said that the session had been ‘postponed until further notice’. The varsity drew flak over the decision.

Over 1,000 delegates, including prominent historians, are expected to participate in the IHC in Bhopal, Ramakrishnan said.