After ABVP Protest and Police Warning, MP University Pulls Out of Webinar

The RSS's student wing objected to professors Gauhar Raza and Apoorvanand participating in the webinar as speakers. 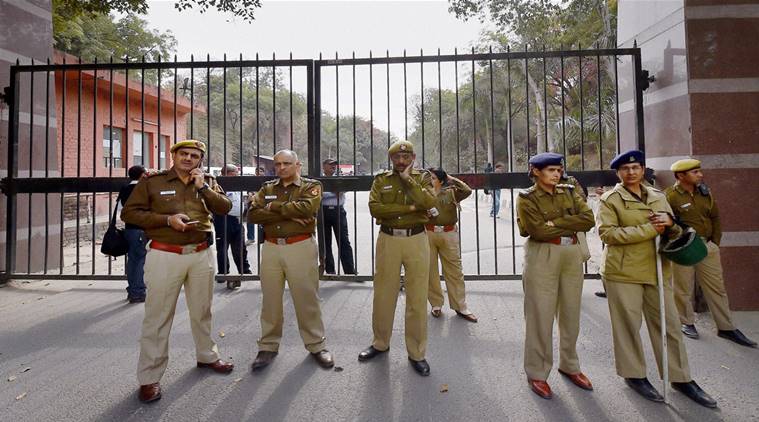 New Delhi: A Central university in Madhya Pradesh’s Sagar district pulled out of a webinar that was to be organised by its anthropology department hours before it was scheduled to begin, after the state police wrote to the vice-chancellor saying action could be taken “if religious and caste sentiments are hurt”, according to the Indian Express.

The report says that in his letter sent to the Dr Harisingh Gour University on Thursday, Sagar’s superintendent of police Atul Singh said he had received “references to the past history, anti-national mentality and caste-related statements of the speakers attending the webinar”. The letter added that an agreement should be made in advance “regarding the subject matter to be discussed and the ideas to be displayed”. The SP said action could be taken under Section 505 of the Indian Penal Code, which punishes “statements conducing to public mischief”, according to the Indian Express.

The speakers at the seminar were Gauhar Raza, former CSIR chief scientist; professor Apoorvanand of the Delhi University; Dr Aseem Hasnain, assistant professor at Bridgewater State University in Massachusetts, the US; and professor Harjinder Singh of IIT Hyderabad. The webinar was titled ‘Culture and Linguistic Hurdles in the Achievement of Scientific Temper’, which the university’s anthropology department was supposed to co-host with Montclair State University in the US, on July 30 and 31.

According to the Indian Express, the event went ahead as scheduled on Friday but without Dr Harisingh Gour University as convenor.

The Akhil Bharatiya Vidya Parishad, the RSS-affiliated students’ group, had written to the police about the involvement of Raza and Apoorvanand. Shriram Ricchariya, Sagar district co-ordinator of the ABVP, claimed the two “are of anti-national mentality and are involved in such activities”.

“Apoorvanand has been found involved in the Delhi riots and has been questioned for the same. Gauhar Raza has written a poem ‘Ajmal Prem’ for known terrorist Afzal Guru,” the letter said, according to the newspaper.

After the SP wrote to the vice chancellor, the university on Thursday asked the anthropology department to write to the Union education ministry to seek permission for the event. Though the department did send a request, it did not receive it. This forced the university to pull out the webinar, two hours before it was scheduled to begin.

The SP told the Indian Express that the webinar was being “perceived as targeting a particular caste or community”. His letter was written to ask the organisers to be “cautious as the webinar is a public platform” Singh said.

Later, Apoorvanand told the newspaper that the police, “instead of asking the ABVP to shut up, have turned against the organisers, which is very sad”. Raza called the incident disturbing and asked how the state machinery can “act against scientific temper”, which is guaranteed by the constitution.