In Defence of Activism in Universities

The recent upsurge in protests across universities has led to claims that pedagogy and activism cannot overlap, but that is rarely the case.

The recent upsurge in protests across universities has led to claims that pedagogy and activism cannot overlap, but that is rarely the case. 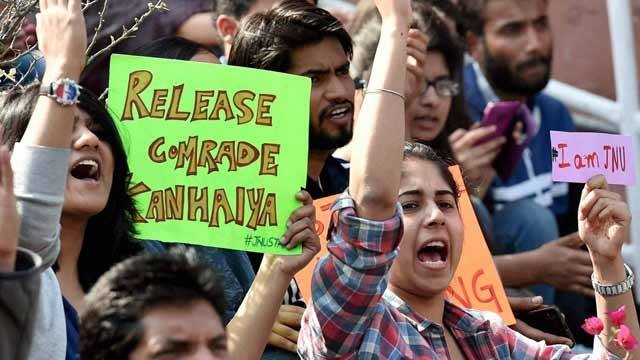 Over the last year, we have witnessed much dissent and discontent across some Indian universities. There are some who suspect that academics and universities at large are being surveilled by the state. Many, on the other hand, believe that academics should only focus on pedagogy and not get involved in any kind of activism.

Activism, as understood in a myopic, monochromatic way, has earned a pejorative reputation. These observers seem to believe that activism and pedagogy are mutually exclusive of each other.

It is important to anchor any discussion on activism on a consideration of higher education in the country, especially liberal education. The inherent subjectivity of the broad disciplinary categories along with the questions one seeks to answer in each discipline ought to inform the discussion. The goals of liberal higher education need to be understood under the condition that any pedagogical question would be rooted, paradoxically, in subjectivity. For example, suppose a student of anthropology wants to do ethnographic work on the plight of Dalit transgenders in urban India. The choice of the subject – Dalit transgenders – and the questions one seeks to understand are necessarily political choices.

The noted philosopher and mathematician Bertrand Russell is an example of being an academic who engaged in political activism. Right from the time of the First World War, Russell had a conscientious objection to war; he went against the grind of the patriotic project of warfare in Britain and opposed it for moral and political reasons. In 1915, he wrote in The Cambridge Review,

“Behind the rulers, in whom pride has destroyed humanity, stand the patient populations, who suffer and die. To them, the folly of war and the failure of governments are becoming evident as never before. To their humanity and collective wisdom we must appeal if civilisation is not to perish utterly in suicidal delirium.”

These words ring as true a hundred years later.

A year later, in 1916, Russell authored a pamphlet speaking out openly against the manner in which the conscription law was enforced during the First World War. He was subsequently convicted and dismissed from lecturership at Trinity College, only to be reinstated later. These events didn’t deter Russell’s continued work as an activist.

The remarkable ‘Russell-Einstein Manifesto‘ released in 1955 became the bedrock of the first Pugwash Conference in 1957. It was written in the immediate aftermath of the Second World War when a large section of the world was shell-shocked by the potential armageddon that nuclear warfare portended. An international conference was called to assess the dangers to humanity due to use of such weapons of mass destruction. Some notable signatories of this manifesto included reputed scientists Max Born and Linus Pauling in addition to Russell and Albert Einstein. All four were Nobel laureates. In the press conference when this manifesto was released, Russell started with a worrying alert, “I am bringing the warning pronounced by the signatories to the notice of all the powerful governments of the world in the earnest hope that they may agree to allow their citizens to survive.”

This statement clearly situates the political positions of the signatories against regimes that were furthering their agenda.

Continuing in the activist tradition of Russell, Pauling questioned the role of the US government and nuclear warfare. The now popular nationalist and anti-nationalist binary had played out against Pauling in the early 1950s. From having contributed to the US efforts during the war, Pauling adopted a path of social activism for peace following the consequences of the atomic bombs in Hiroshima and Nagasaki. His fearless critique of the state during the McCarthy era prompted the US government to deny him a passport to visit England for a conference. The official reason given was, “Not in the best interest of the United States”.

Science and politics aren’t exclusive of each other

It took a Nobel prize in chemistry for the state to revert its position. Pauling relentlessly wrote about the potential hazards of nuclear wars and condemned the role of the US in the Vietnam war through several speeches and signatures in protest letters. He holds a rare distinction of having won unshared Nobel prizes in two different areas – chemistry and peace. And throughout, he held positions in various universities alongside his continued social activism.

The examples of Russell and Pauling bring to light the artificial boundaries of intellectual and moral engagement some departments in universities have done and continue to do.

Consider an example from the world of science. Hydraulic fracture (fracking) is a popular paradigm put forth by some scientists for oil exploration and as a means to alleviate the impending energy crisis. While a group of scientists are strong advocates of this technique, another group of scientists are working to highlight how the soil geometry would get deformed using this technique, leading to underground water contamination among other potential hazards. The contrarian stance assumed by the latter group is indeed a political position and one could spot some of them in protest marches advocating the stoppage of fracking. The rigour of science isn’t compromised in questioning the status quo and questioning the positions of “going with the flow”.

Thanks to the open source and free software movement, alternate computing paradigms have been created challenging corporate hegemony in technology. For example, the free software R, has become the gold standard among the community of academic statisticians. The birth and the proliferation of this software (and other open source tools) had their origins in questioning the status quo of proprietary software. They were necessarily alternate positions challenging the power structures of the market and questioning the very nature and methods of knowledge production. The sustained efforts of the open source community, which includes several academics guilty of technological activism, have altered the imagination of knowledge production and consumption today.

Evidently, the distinctions between pedagogy and activism seem not only artificial but also pernicious.

A close comrade of activism and pedagogy is the right to free speech.

Robert Faurisson was a French academic who famously, or perhaps infamously, published two letters in 1979 in the French daily, Le Monde, claiming that the gas chambers used by the Nazis against Jews didn’t exist. In fact, he has gone on record stating that “Hitler never ordered nor permitted that anyone be killed by reason of his race or religion”. He had also called The Diary of Anne Frank a “forgery.” He was naturally subject to much controversy, public scrutiny and received death threats, for, what are, unarguably, historically fallacious views. 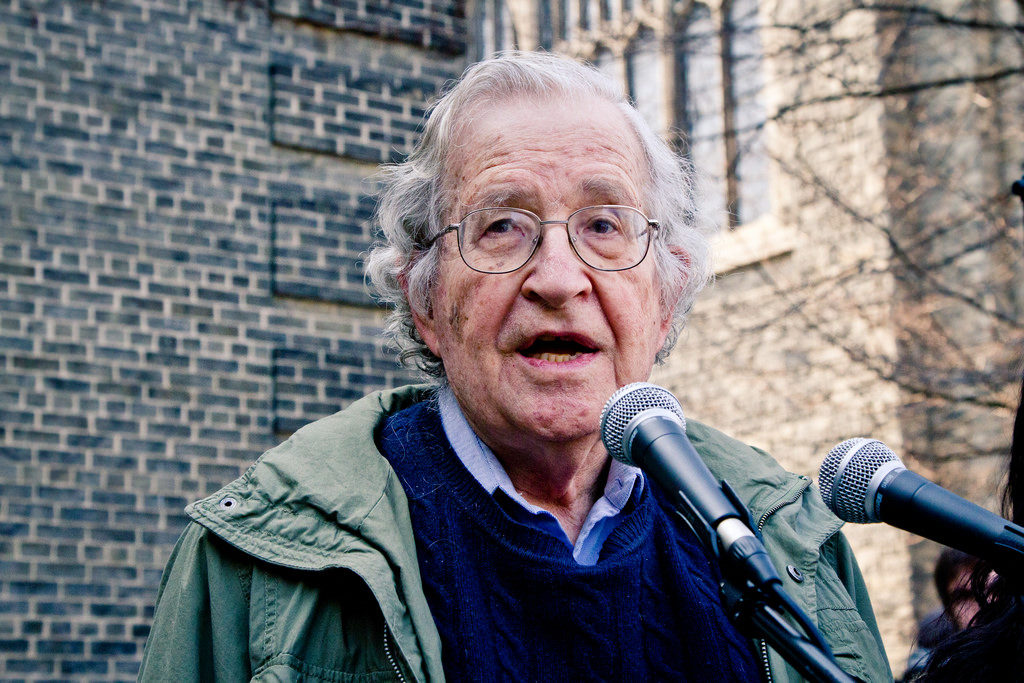 A petition, written by the socialist scholar Serge Thion asked the authorities for Faurisson’s “safety and the free exercise of his legal rights”. The petition didn’t contain material about Faurisson’s scholarship. A line in the petition was “Since he began making his findings public, Professor Faurisson has been subject to…”. The word ‘findings’ was misconstrued and misrepresented as ‘conclusions’ and earned the wrath of being “scandalous”.

The petition was signed by around 600 people including Noam Chomsky, professor of linguistics at Massachusetts Institute of Technology.

Chomsky was given inglorious epithets of being anti-semitic and had perhaps put an entire nation at risk when, apparently, accusations were hurled that the US was indistinguishable from Nazi Germany. Chomsky responded to the accusations with a landmark article titled ‘Some Elementary Comments on The Rights of Freedom of Expression’. Chomsky’s response was premised on the idea that the right of free expression is not confined to a codified set of approved notions and, in fact, the right of free speech must be defended precisely when the notions are most offensive. The true test of free speech is only when multiple parties disagree with the content and yet the speakers find it safe to voice their opinions. A genuine democracy should have certain fundamental civil liberties and the freedom of speech without any fear of backlash from the state.

Faurisson’s articles were later published in a book and Chomsky’s brilliant essay on free speech was the preface of this book that contained articles openly denying the Holocaust.

This isn’t just an anecdote. It is a reminder that the same article by Chomsky assumed different avatars at different points in time. The signing of the petition and the publication of the essay in 1980 was activism, and the subsequent reading and interpretation of it by later scholars and students has been an act of pedagogy. One cannot and should not create silos of activism and pedagogy.

Several modern day departments in top universities, by their very construction, encourage activism. Take, for instance, the departments of gender studies or women’s studies. In this manifest madness of separating activism and pedagogy, we may be committing a major blunder because dissent is the essence of examining ideas and creation of knowledge. The few examples illustrated in here barely skim the surface of the need to create spaces for a dialogue between intellectual rigour and articulating public engagement to hopefully create a society that holds the state accountable for its actions. Critical pedagogy and liberal education crucially hinges on being unafraid to ask questions and fearlessly tread the path of discomfort. It is important to inculcate the true spirit of scientific inquiry, not merely to scholastic pursuits but also in the pursuit of a better society – one where democracy and equity aren’t compromised and put in artificially labelled boxes of pedagogy and activism.