415 Million Indians Have Never Been to an Educational Institution

Across India, 872 females attend schools for every 1,000 males. This ratio starts declining from 17 years till the age group of 20-24 years, where it is 656, and then increases in subsequent age brackets. 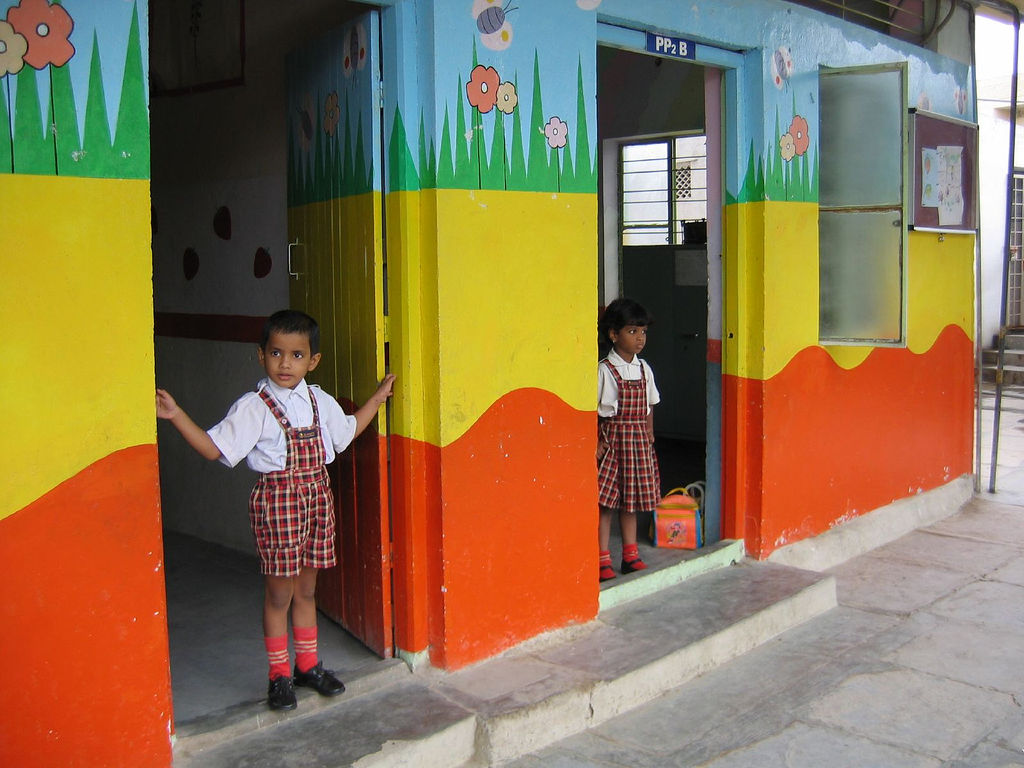 WHERE ARE THE OTHERS? Credit: Melissa/Flickr CC BY-SA 2.0

As many as 415 million people in India, almost three times the population of Russia, have never attended any educational institute, of which 242 million (58%) are female, an IndiaSpend analysis of census data reveals. The pan-India ratio fluctuates between 905 and 885 in the age groups of 0-14 years and starts dropping from 15 years onward. The 25-29 year age group has the worst ratio at 587 females who ever attended school for every 1,000 men. A closer look at the data reveals that women in rural India fare worse than urban India. Only 837 females are enrolled in an institution in rural India for every 1,000 males as against 861 in urban India. There are two major reasons for the trends, according to Rakhee Badhwar, Rajasthan State Programme Manager at Centre for Advocacy and Research (CFAR), an advocacy group.

Early marriage of girls. As soon as a girl turns 17 or 18, her parents start worrying about marriage, especially in rural areas, Badhwar said. As many as 41.3% girls in India are married before 19, according to census data.

Lack of transport. More often than not, schools and colleges are located far from the girl’s home in rural areas. Safety concerns and lack of transport prompt parents to stop girls from attending schools/colleges.

Nearly 17 million Indian children are married between the ages of 10 and 19–6% of the age group, as IndiaSpend had reported earlier. Of these married children, 76%, or 12.7 million, are girls, according to census data. Only four million boys in this age group are married, reinforcing the fact that girls are significantly more disadvantaged.

The rural-urban divide is evident–47.3% 19-year-old women are married in rural India as against 29.2% in urban areas.

Women drop out at secondary levels, but change is happening in rural areas post marriage

Across India, 872 females attend schools for every 1,000 males. This ratio starts declining from 17 years till the age group of 20-24 years, where it is 656, and then increases in subsequent age brackets. Though India has achieved impressive levels of enrolment at the primary level–101.4% as IndiaSpend had reported–the number plunges to as low as 52% at the higher secondary level.

The data also revealed an interesting trend–1.55 million women aged more than 24 years are attending schools–of which 1.19 million (77%) are in rural areas, bucking the usual trend. “Yes, there has been some awareness in rural areas about pursuing education post marriage, but it needs to be strengthened,” Badhwar said. As the data reveal, the high enrolment of females in school does not translate into high college enrolment. Currently, only 691 females attend college for every 1,000 males. The ratio drops from 825 in the age group of 19 years to just 531 at 25-29 years. Absence of females in colleges translates to fewer women in the workforce, and, therefore, lower contribution to the country’s GDP. At 17%, Indian women contribute less to the country’s GDP than the global average of 37%. By contrast, China registers 41%, sub-Saharan Africa–often considered the most backward region the world by many indices–39%, and Latin America 33%, IndiaSpend had reported, based on a report by McKinsey Global Institute.

To increase women in the workforce over a decade, India needs to close gender gaps in primary and secondary education, improve skills, and strengthen legal provisions for women and enforce laws, the report said. The Ministry of Human Resources Development announced the Pragati Scholarship last year to one girl per family–with income less than Rs 6 lakh per annum–for technical education in colleges across India.

Devanik Saha is a freelance journalist based in New Delhi.