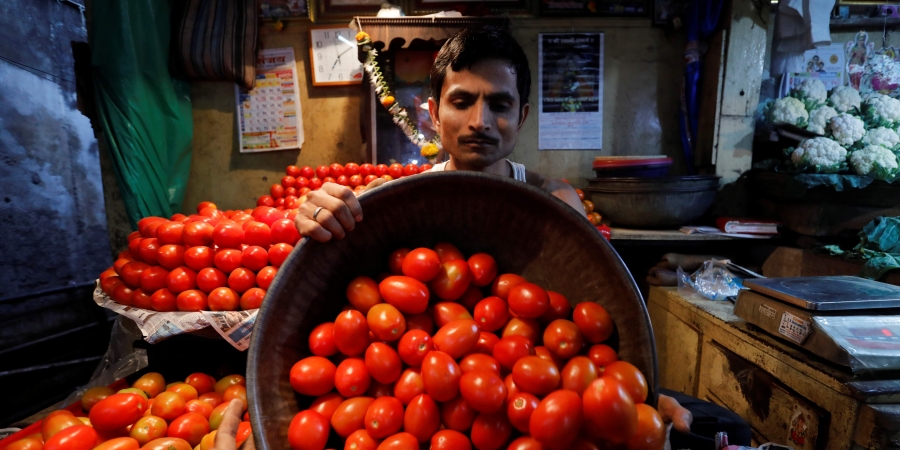 New Delhi: The wholesale price-based inflation surged to a record high of 14.23% in November from 12.45% in October (on a year-on-year basis), mainly due to hardening of prices of mineral oils, basic metals, crude petroleum and natural gas.

“The high rate of inflation in November 2021 is primarily due to a rise in prices of mineral oils, basic metals, crude petroleum and natural gas, chemicals and chemical products, food products etc. as compared to the corresponding month of the previous year,” the Ministry of Commerce and Industry said in a statement on Tuesday.

Crude petroleum inflation was at 91.74% during the month under review as against 80.57% in October. However, inflation in manufactured items saw moderation at 11.92% from 12.04% in October.

According to a senior ministry official, fuel and power have been the biggest contributors of the higher inflation rate as it is almost 40% higher than November 2020.

The international commodity prices and fuel prices have also been very high.

Countries which traditionally have reported low inflation rates, like the US, have also now reported record inflation levels due to these global effects, the official said, adding that countries like Italy, Spain, Germany and even Singapore are having around 20% inflation.

Primary articles and manufacturing products were barely touching double digits in spite of low base effects showing the efforts of Indian manufacturers, producers and industry, the official noted.

Terming the spike in the WPI inflation to an all time high of 14.2% as a shock, ICRA chief economist Aditi Nayar said most non-core categories have exhibited an inflation rate much steeper than expected.

The unseasonal surge in vegetable prices as well as a rise in the inflation for eggs, meat and fish, and condiments and spices underpinned the turnaround in the primary food inflation to a 13-month high of 4.9% in November from a disinflation of 1.7% in the previous month, she said.

According to her, a falling base is likely to push up the inflation rate for primary food articles further in the current month in spite of an anticipated sequential moderation in prices of various food items.

The inflation for headline and core-WPI, and fuel and power printed at an all-time high levels in November 2021, Nayar said.

The data released on Monday showed that retail inflation based on Consumer Price Index (combined) rose to a three-month high of 4.91% in November from 4.48% a month ago as food prices inched up.

The Consumer Price Index (CPI)-based inflation, however, remained within the comfort zone of the Reserve Bank of India. The government has mandated the central bank to keep inflation at 4% (+/- 2%).

The Monetary Policy Committee in its recent assessment retained its retail inflation forecast at 5.3% for the current fiscal.

Last week, RBI governor Shaktikanta Das said the headline inflation would peak in the fourth quarter of the current fiscal.