'Worst Is Behind Us, but Economy Is Not in Comfortable Position': Montek Singh Ahluwalia

In a 47-minute interview to Karan Thapar for The Wire, Planning Commission's former deputy chairman has touched upon several issues of the Indian economy, which need special attention in the ensuing union budget. 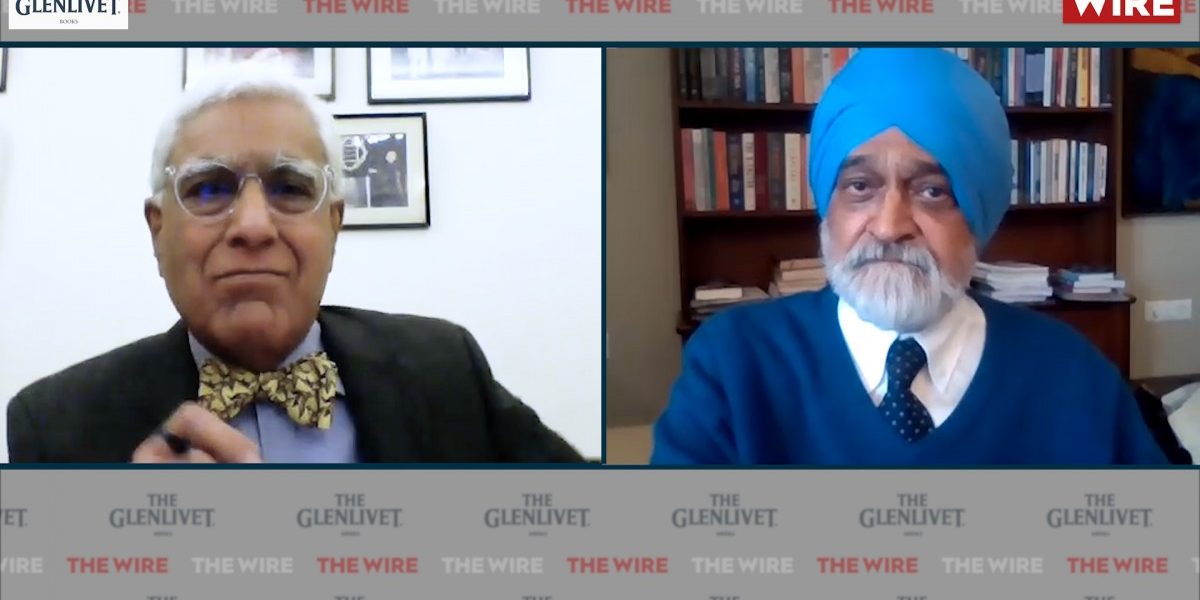 In an interview just over a week before the finance minister presents the first post-Coronavirus and post-lockdown budget, the former deputy chairman of the Planning Commission has said: “I would agree with the view that the worst is behind us” but quickly added: “This does not mean the economy is in a comfortable position”.

Montek Singh Ahluwalia said “the economy fell off a cliff but is now climbing back up”. However, “we are still going to end the year with negative growth of 7.7%.” He pointed out that whilst it’s true “the economy is recovering” it’s important to remember two things: First, “it’s not an even recovery” and, second, “it’s also not clear how things will pan out”.

In a 47-minute interview to Karan Thapar for The Wire,  Ahluwalia spoke at length about steps he thinks the finance minister should announce in the budget particularly to do with what he called fixing the tax system, he began by saying what we are experiencing is definitely a K-shaped recovery.

He does not accept the government’s claim that it’s V-shaped. “The government has never defined what it means by V-shape”, he said. A 15% decline in the first half and zero growth in the second half is not V-shaped, he added.

In the interview to The Wire, Ahluwalia spoke about several areas that remain issues of deep concern for the economy. First, he said, “Unemployment is a big problem.” He said whilst the unemployment rate had reduced from the extremely high point of April and May, in recent weeks it has begun to increase again.

Speaking about the financial sector, he said public sector bank NPAs are “a major constraint on achieving a V-shaped recovery”. However, Ahluwalia added, the RBI “needs to be congratulated for bringing out” in its recent Financial Stability Report the extent of increase in NPAs that is likely by September 2021. The RBI has said NPAs could shoot up to 13.5% compared to 7.5% a year earlier. Those of public sector banks could increase to 16.2% compared to 9.7% in September 2020.

Mr. Ahluwalia told The Wire that sectors like the MSME sector, the construction sector and others where contact is unavoidable, such as tourism, hospitality, hotels and restaurants, “absolutely need special attention”. He said: “They were the worst hit. They need more time to recover”. He also added “some may never regain their old levels of profitability”. He said this could include restaurants, shopping malls and airlines.

Speaking specifically about MSMEs, which constitute 30% of GDP, 45% of manufacturing and employ up to 12 crore people, Ahluwalia said “small MSMEs may have a tough time competing with large enterprises”. He said there is “bound to be a lot of sorting out and shuffling” that will happen. However, he added that “if a sector has become fundamentally unviable tough decisions will be needed” and, on further questioning, made clear that there is no point throwing good money after bad prospects. Some enterprises have to be allowed to close down.

Speaking specifically about investments, Ahluwalia said “investment will be a problem area”. He said the decline in investment of the last 4-5 years will not easily reverse itself. He said private sector investment faces two continuing problems i.e. the twin balance sheet problem and the fact the banking system is in no position to seek out good creditors and lend to them.

Speaking to The Wire about what he would like to hear from the finance minister when she announces the budget on February 1, Ahluwalia identified four things. First, “she must come clean on the fiscal deficit” and reveal its full extent.

Second, she must prepare people for the fact that next year the fiscal deficit will also be high but, at the same time, lay out a path for bringing it down. Third, she must “stop increasing import duties”. Later in the interview,  Ahluwalia also explained that the government’s reversal of the earlier agreed strategy of lowering import duty has put off international investors and reduced the chances of attracting investment that wants to relocate from China.

However, Ahluwalia laid most stress on steps the finance minister must take in the budget to fix the tax system. Whilst accepting that there is no need to reduce income tax and that corporate tax has already been reduced, he said there is a great need to remove opacity and reduce the room for different interpretations of taxation laws and clauses. He also said we must stop constant appeals to courts, all the way to the Supreme Court. He said there is a need to bring India’s tax system in line with international best practice.

Speaking specifically about GST, Ahluwalia said we need to drastically reduce exemptions. He said a general rate of about 14-15% should apply to most items.

Ahluwalia said in all likelihood the additional expenditure necessary in the forthcoming budget will mean that the fiscal deficit in 2021-22 will still be about 6 or 6.5%. In 2020-21 i.e. this year he expected it to be around 7 – 7.5%.

Ahluwalia told The Wire that if the government is serious about seeking investment relocating from China it must “stop the reversal in strategy of lowering import duties”. He also said it must seek an early opportunity to join RCEP. The earlier decision not to do so “sent out negative signals”. As he explained, “if we raise import duties we will put off investment”.

In an outspoken moment, Ahluwalia said the government’s decision to appeal the arbitration cases it has lost in the Vodafone and Cairn matters, was “an unfortunate decision”. However, he added: “I am not sure how much to blame the government and how much the system”.

Ahluwalia said he had opposed the Vodafone decision when it was taken by Pranab Mukherjee in 2012. At the time he had advised both Mukherjee and prime minister Manmohan Singh that this was an error (details of that were first made public in the interview Ahluwalia gave Karan Thapar for The Wire in February 2020).

Finally, asked if the image of rising divisiveness was deterring investor sentiment, Ahluwalia said: “People look to see how the government reacts when tensions surface. Does the government address the problem in a way that brings all on board? India needs to show its handling its problems well.”

He added that polarisation and divisiveness were not new to India but what mattered to investors was the way in which these problems are handled.

The above is a paraphrased precis of Montek Singh Ahluwalia’s interview to Karan Thapar for The Wire.