Why You Shouldn't Be Bedazzled by Modi's LED Claims

The government's impressive claims of saving electricity by switching to LED bulbs are based on overly optimistic assumptions made in a 2015 report, not actual usage. 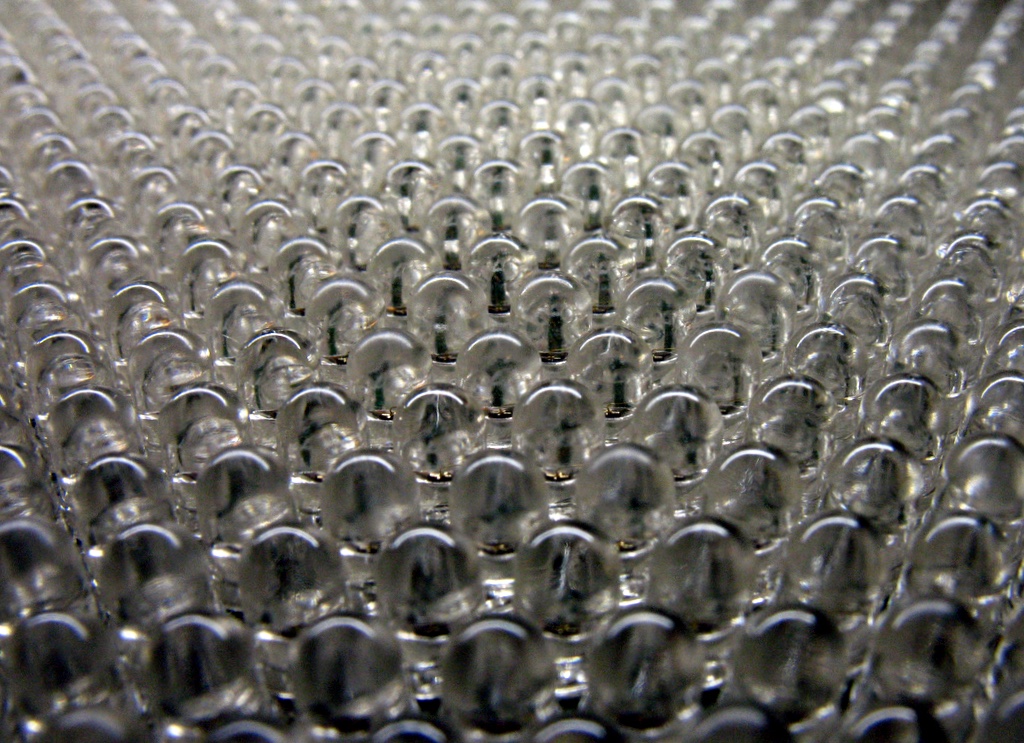 The not so bright truth behind LED usage in India. Credit: Cmiper/Flickr, CC BY-NC 2.0

Prime Minister Narendra Modi is proud of the government’s scheme to distribute millions of low-cost, energy efficient LED bulbs. And why not: Modi told the Lok Sabha on February 7 that the distribution of 21 crore LED bulbs had helped households save Rs 11,000 crore in electricity bills. Even the name bears his unmistakable imprint: ‘Unnat Jeevan by Affordable LED for All’, whose acronym is UJALA, Hindi for illumination. 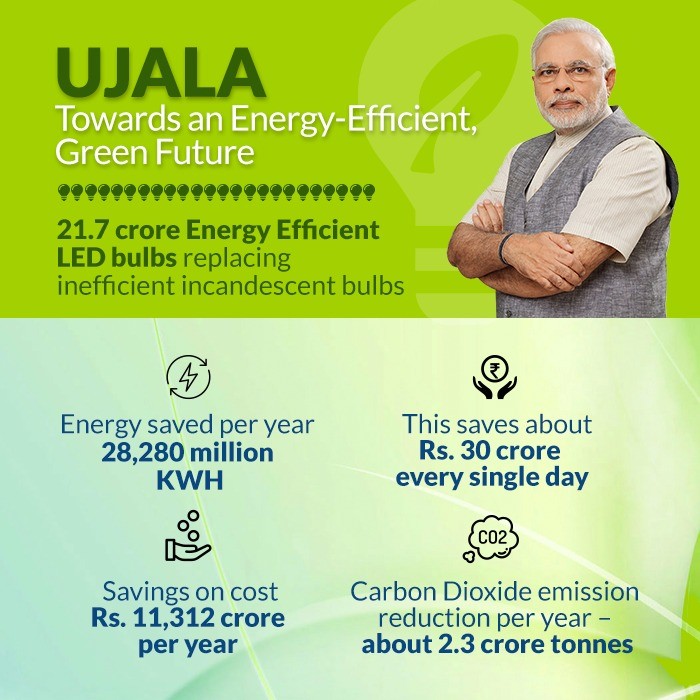 Unfortunately, these numbers are mostly fiction.

First, a brief history. As with many other schemes that Modi has hogged the credit for, UJALA was designed and piloted by the UPA under the much less catchy name DELP (standing for – I kid you not – ‘Demand Side Management-based Efficient Lighting Programme’). DELP followed in the footsteps of the semi-successful Bachat Lamp Yojana that had resulted in the sale of 2.9 crore CFL bulbs at a price of Rs 15 each and, the government contends, boosted demand nationwide by driving market prices down. In 2013, the UPA decided to apply this strategy to pricier but even more energy-efficient LED bulbs; while the first scheme was subsidised by carbon credits, DELP would be paid for by power distribution utilities out of the savings generated by shifting from incandescent to LED bulbs.

A November 2013 pilot project in Puducherry led to the distribution of 6.5 lakh LED bulbs to 2.5 lakh households at a subsidised price of Rs 10 each. The government’s bulk order of six lakh LED bulbs caused the price to fall from Rs 800 per bulb in 2012 Rs 310, proof that the concept worked. As the chart below shows, successive orders caused bigger and bigger price drops, falling most recently (and controversially) to Rs 38. 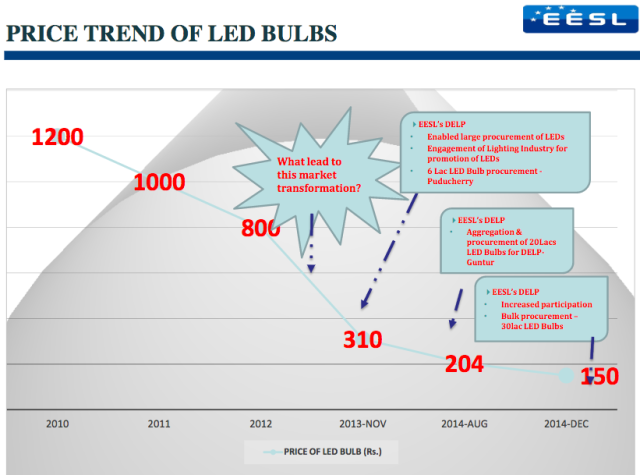 There’s no question that the Modi government has taken UJALA forward, scaling it up with sales of 23 crore LED bulbs (as on April 24). But if you think this was in any way a brainchild of Modi’s, or that power minister Piyush Goyal did much more than implement a roadmap already laid out for him, think again.

Still, how does it matter who came up with the idea, as long as it benefits the nation, right? The problem is that the claim of financial and energy savings is based on dodgy maths.

The government’s claims are based on a September 2015 PricewaterhouseCoopers (PwC) study that it sponsored, that looked at LED usage during pilot projects in Puducherry and in four Andhra Pradesh districts. The report stated that, once you factor in defective and unused bulbs, each LED bulb would produce an average saving of 134 kilowatt hours a year. Which translates into the savings Modi claimed in the Lok Sabha.

#DidYouKnow on completion of UJALA Scheme, 20,000 MW of peak demand will be reduced. pic.twitter.com/643sevYtlw

The issue is, the PwC study made overly strong assumptions to attain these savings. It assumed that all 77 crore 7-watt LED bulbs would replace 60-watt incandescent bulbs (which is fine) and, more problematically, that each would be used for an average of eight hours/day, 320 days in a year, equal to 2,560 hours/year. Now this is perfectly reasonable if you live in Leh, India’s northernmost district, and every day is the winter solstice when you get ten hours of proper daylight, and everyone sleeps only six hours; then you might conceivably leave all your LED lights on for eight hours. But, seriously?

Indeed, a 2008 World Bank study calculated that a light bulb will be used 913 hours/year. Even the state-owned Energy Efficiency Services Limited that actually runs UJALA assumes that a light bulb is used for 3.5 hours/day, 300 days/year, for a total of 1,050 hours. These more conservative figures translate into savings that are only 36-41% of what Modi claimed in the Lok Sabha.

More reason to take a dim view of the Modi government’s claims.

This piece originally appeared on Chunauti.