'Why Let a Good Crisis Go to Waste?': What India Needs to Remember to Overcome its Economic Slump

It is necessary, at this juncture, to look at India's current economic conditions through the lens of policy and governance decisions.

There is a near-consensus among economists that the Indian economy has hit a rough patch recently. The economy grew at just 5% per annum in the first quarter (April-June) of FY 2019-20, a sharp drop from about 8% per annum during the same period, two years ago.

The question is, how did we get here and why could reviving the economy be a protracted affair? The answers are brought into sharper focus when viewed through the lens of governance.

The governance of a country is a set of formal and informal rules and regulations through which governments come to power and conduct themselves, public institutions implement their mandates, media report developments and represent views, and the rule of law is upheld in a timely, transparent, and fair manner to ensure human rights, peace and security.

Countries and their governance shall ideally co-exist in perpetuity, unlike the passage of parties and personalities.

Naturally, we cannot expect exactitude in assessing governance. However, a number of indicators capture its essential aspects. For instance, the World Bank compiles a set of six Worldwide Governance Indicators (WGIs) based on surveys of a large number of enterprises and citizens in over 200 countries. While these indicators do not represent the official views of the institution and are not used to make lending decisions, they are among the Bank’s widely-cited and better-known research projects.

The WGIs allow an assessment of the overall state of governance of a country relative to those prevailing in other countries. The six indicators are political stability and absence of violence, regulatory quality, control of corruption, rule of law, government effectiveness, and voice and accountability. Scores are expressed in terms of percentiles. For instance, India’s political stability and absence of violence scores a percentile average of 14.11 for the period of 1996-2017. This means 85.89% of countries in the world scored better than India in this aspect of governance.

Based on average percentile ranks of the WGIs for 1996-2017, the longest period for which they were available when my book went to press, India scores an “F” in the first three aspects of governance, a “D” grade in the next two, and a “C” in the last.

A student with these grades would have surely failed in class! Therefore, it is not surprising that such poor governance has imposed a huge cost on the country. 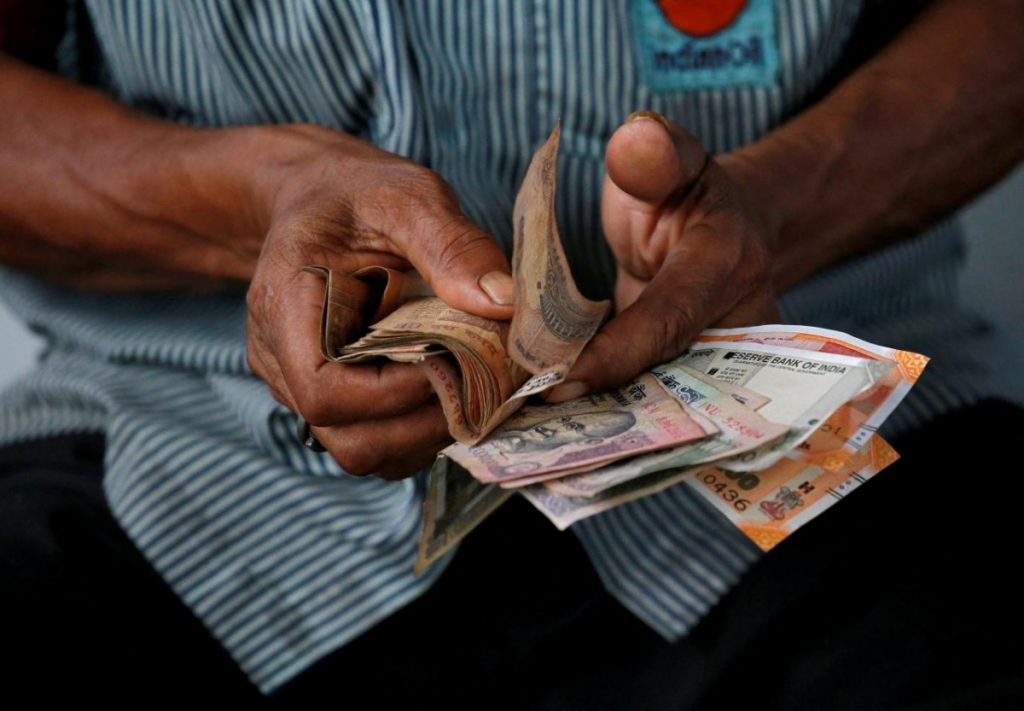 Roots of the slowdown

The main drivers of India’s economic growth are exports, consumption, investment, and government expenditures. The following explains how poor governance has choked all these drivers.

Considering that India has the fifth largest economy and the second largest population in the world, its exports of goods and services account for a piddling 1.6% of global exports. The mediocre export performance is plainly visible here in the United States — we can hardly find any Indian manufactured goods in American shopping malls. This anecdotal impression confirms a fact—Indian industry still cannot compete with major exporters. In short, we cannot expect exports to revive economic growth.

Certain economic and social policies can have adverse consequences far into the future which can take a long time to reverse. For example, China is still paying the price today for its one-child policy which it implemented in 1979 and eliminated at the end of 2015. While hindsight is always 20/20, the fact remains that the damage done to India’s private sector due to a controlled economy based on heavy state intervention continues to hamper Indian industries more than 70 years after Independence.

The roots of India’s employment problem lie in the weaknesses of the private sector which has been unable to take advantage of the latest technologies and expand the range of production.

This brings us to private consumption which accounts for about two-thirds of India’s GDP and is therefore a major driver of growth. How is poor governance responsible for falling consumption?

An IMF study found that countries that are weakly governed tend to invest far less in health and education, compared to strongly governed ones. True enough, successive governments in India have, since Independence, invested little towards developing human capital.

For instance, India has one of the world’s lowest educational spending to GDP ratios. Moreover, India’s quality of public healthcare is abysmal. Instead, government spending priorities favoured projects that improved the short-term electoral prospects of politicians rather than the long-term development of human capital.

Consequently, when growth took off after 1991, the poorly educated and unhealthy workers could not take advantage of expanding opportunities. Instead, the benefits of growth accrued mainly to the upper income groups while a major portion of India’s workforce had to turn to the informal labor markets to find employment. Today, more than 90% of the country’s workforce is employed in the informal sector where wages are low and benefits are scarce.

Thus, the incomes of the vast majority of workers increased at a snail’s pace in inflation-adjusted terms thereby saddling the country with one of the world’s highest income disparities.

While growth led to a rise in the consumption of upper income groups, the increase could not offset the fall in consumption of the vast majority of India’s low-income households. Given the collapse in consumption, the majority of firms which produce mostly for the low- and middle-income households see no reason to expand production. A corporate tax cut is not going to stimulate investment if demand continues to be sluggish.

Growth of the informal sector

Hamstrung by labor and other regulations as well as issues of competitiveness, the Indian private sector has been unable to generate enough jobs in the organised sector. A large informal sector is also responsible for a narrow tax base.

With about 3% of India’s workforce paying income taxes, tax-based redistributive policies can only mitigate income inequality at a glacial pace.

Abhijit Banerjee, the 2019 Nobel laureate in economics, recommends a targeted basic income (TBI) from the central government to poor (mostly rural) households in order to boost consumption spending which is the main driver of India’s economic growth. He does not think that the government should concern itself too much with fiscal restraint at the present time when the immediate objective is to forestall an economic crisis. However, Banerjee expects that the consolidation of existing subsidies into a single TBI will take time to implement.

Looking through the lens of governance reveals other reasons why it may take a long time to revive the economy.

I see the protracted nature of the slowdown as having more to do with the degradation of policy instruments than the deficiencies of economic theory and policy. The reasoning goes well beyond the complexities of having to design and implement a TBI for poor households.

The proposed TBI belongs to a subset of fiscal policy instruments. However, fiscal termites bred by widespread corruption, weak regulatory institutions, poor data, lack of law and order, ineffective government, and other weaknesses in governance have reduced tax collection and shrunk the fiscal space.

Thus, weaknesses in governance have all but ensured that the government’s implementation of the TBI may take a long time.

While on the one hand the fiscal space is limited, on the other, the TBI cannot be income-neutral in order to boost consumption. In other words, the TBI received by eligible households must be significantly larger than the various subsidies it will replace.

However, there is hardly any fiscal space left to undertake a consumption-boosting TBI on a long-term basis. Fiscal space is simply the capacity to undertake additional expenditures given the present fiscal conditions. If, for example, the central and state governments are already running large deficits, how much more can it spend on projects like the TBI on a sustainable basis?

By “sustainable,” I mean if a consumption-stimulating TBI leads to larger deficits, can those deficits be financed without causing high inflation and increasing interest rates?

The corrosion of fiscal policy instruments such as the TBI is a direct consequence of India’s poor state of governance. 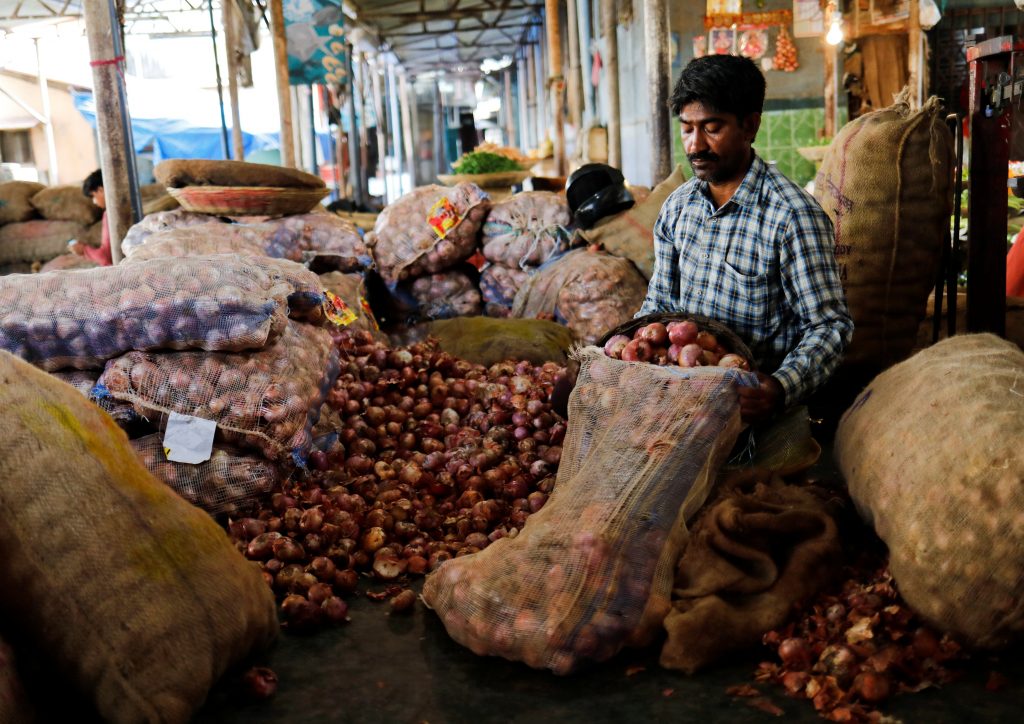 A vendor puts onions in a sack after sorting them at a vegetable market in Mumbai. Photo: Reuters/Danish Siddiqui

The other impediment to a quick deployment of the TBI is poor data quality, which is often the case in weakly governed countries. In other words, a reliable database on incomes, number of family members, and other pertinent information on rural households is necessary in order to determine whether they are eligible to receive the TBI. The government would find it difficult to implement the TBI in a timely manner if the relevant information on rural households are not available or are of poor quality.

Fraudulent invoicing of trade is one fiscal termite which eats into tax collection and shrinks the fiscal space. Studies at Global Financial Integrity show that the government is losing significant amount of tax revenues through deliberate trade mis-invoicing.

While the undervaluation of imports leads to a loss of customs duties and GST on imports, export under-invoicing enables companies to shift profits abroad resulting in a loss of corporate taxes.

For example, companies run by Nirav Modi overvalued diamond imports to obtain massive loans from public sector banks (PSBs) over many years. These loans were then siphoned off to tax havens while the banks were left holding the bag. Such scams show that the fraudulent invoicing of exports and imports is very much alive and kicking in India.

Weak governance has also degraded monetary policy. The scams perpetuated by politically connected persons were financed by PSBs which were saddled with massive non-performing loans.

Under the circumstances, a cut in interest rates would not stimulate consumption and investment demand because the banks cannot lend as much given the precarious state of their balance sheets. Moreover, the need to capitalise these banks would impose a heavy burden on taxpayers and further shrink the fiscal space. Selective credit policies to boost lending to say the agriculture sector would also be hamstrung by PSBs unwilling to make new loans. Thus, the traditional instruments of monetary policy have also been largely compromised through corruption and poor governance.

It is not that economists know little about how to revive a stalled economy. They have the policy instruments and have used them before to do their jobs.

The problem is that India’s poor governance has seriously corroded the policy instruments needed to stimulate economic growth. Even as the government charts a path forward to revive the economy, it must develop a far-reaching plan to reform governance.

As someone once said, why let a good crisis go to waste?