The acceleration has raised chances of a rate hike by the RBI in its monetary policy review next month. 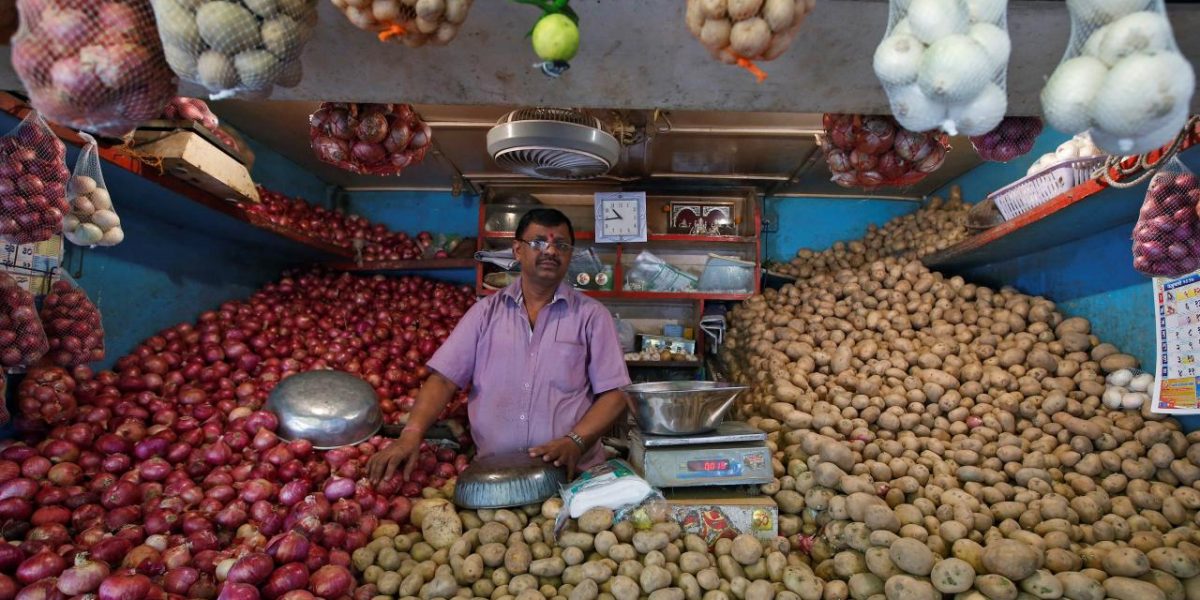 A vendor waits for customers at his vegetable stall at a wholesale fruit and vegetable market in Mumbai, February 13, 2017. Credit: Reuters/Shailesh Andrade/File Photo

New Delhi: Inflation based on wholesale prices accelerated to over a four-year high of 5.77% in June on increasing prices of vegetables and fuel items, raising chances of a rate hike by the RBI in its monetary policy review next month.

The Wholesale Price Index (WPI) based inflation stood at 4.43% in May and 0.90% in June last year, as per government data released today.

Retail inflation, which the Reserve Bank of India takes into account while formulating its monetary policy, had touched a five-month high of 5% in June. It is based on the Consumer Price Index (CPI).

RBI targets to keep inflation at 4%, (+/- 2%), and its rise beyond this comfort zone will put pressure on the central bank to hike rates.

As per the latest WPI data, inflation in food articles stood at 1.80% in June, as against 1.60% in the preceding month.Inflation in vegetables jumped to 8.12% last month, from 2.51% in the previous month.

Inflation in the ‘fuel and power’ basket too rose sharply to 16.18% in June from 11.22% in May as prices of domestic fuel increased during the month in line with rising global crude oil rates.

However, deflation continued in pulses at 20.23% in June.

The WPI inflation for April was also revised upwards to 3.62% from the provisional estimate of 3.18%.

ICRA principal economist Aditi Nayar said the lagged transmission of higher crude oil prices, an uptick in cotton prices and electricity tariffs, the hardening of inflation for manufactured products as well as an unfavourable base effect, led to the sharp pickup in inflation in June.

“The sharper than expected uptick in the WPI inflation in June 2018 reinforces our expectation of a likely repo rate hike at the next monetary policy committee meeting in August 2018,” she said.

While hiking interest rates after a gap of more than four years, RBI had projected retail inflation to rise to 4.7% in the October-March period of the current fiscal, as against the earlier projection of 4.4%.

In its second monetary policy review for the fiscal, RBI last month hiked interest rate by 0.25% – the first hike in more than four years – due to growing concerns about inflation stoked by rising global crude oil prices as well as domestic price increases.

The price of Indian basket of crude surged from $66 a barrel in April to around $74 currently.

The next meeting of the RBI’s interest rate fixing panel is from July 30 to August 1.