Faced with a Union government that puts its own image-building ahead of the good of the people, let us imagine a scenario where Budget 2022-23 is, instead, drafted by a government which is willing to cooperate with the states and respond to the needs of the people. 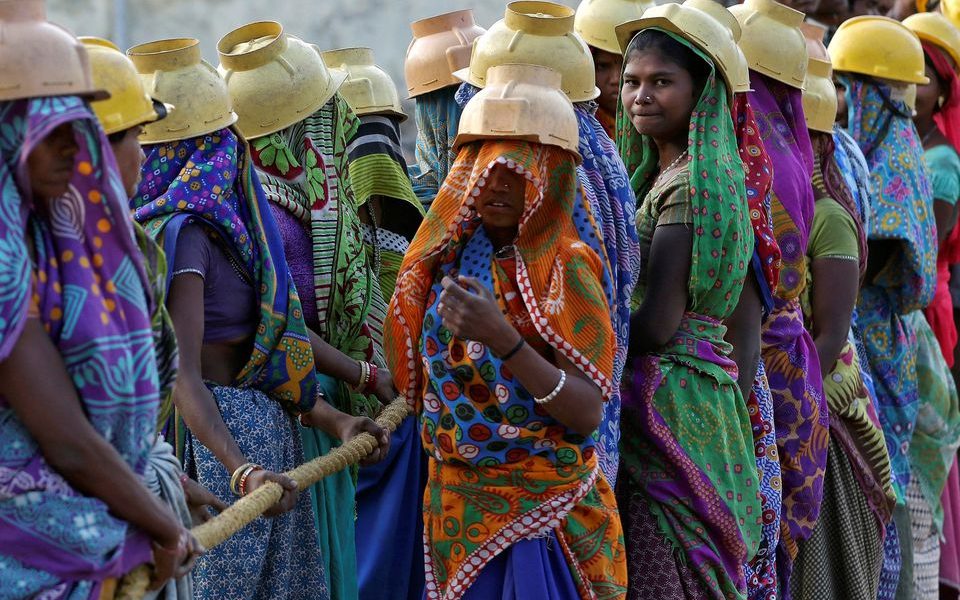 No matter where we look, bad news on the economy just keeps pouring in.

Despite all the official and unofficial media attempts to talk up the Indian economy and pretend that it is on the cusp of a spectacular recovery, the reality just doesn’t hold up. Falling domestic consumption and employment, sluggish private investment, inadequate public spending – all point to a macroeconomic morass.

A few billionaires and a few large companies with close ties to the establishment have benefited greatly, multiplying their profitability and assets many times over, even as health and livelihood crises in India have devastated the lives of hundreds of millions. The Oxfam report reveals that while 84% of households in the country suffered a decline in their incomes in a year marked by tremendous loss of life and livelihoods, the number of Indian billionaires grew from 102 to 142.

Sales of luxury cars and other signs of affluent living by the rich in India increased by many multiples in the year when job loss, falling incomes and growing hunger became the norm for the vast majority of Indians.

This inequality has been one of the reasons why the pandemic years have been particularly brutal for the Indian people. Aggregate or per capita income levels and growth rates conceal the extent to which most people’s lives have worsened, in absolute terms, over these two years, with hundreds of millions facing job losses, wage income declines, increased hunger, loss of education and skilling and even a loss of hope.

What’s more, the Union government has responded to this widespread calamity with one of the stingiest fiscal packages in the world – so limited and so small that, according to the government’s own report to the IMF, its total spending actually declined in the pandemic fiscal year 2020-21 and has barely increased in the months since.

This suggests that it may be a waste of time to request or expect major progressive changes in fiscal policy in the coming Union Budget announcements. But hey – a woman can dream. So, let’s do a thought experiment.

Let’s try to imagine that, through some miraculous process, we suddenly have a Union government that is concerned, first and foremost, with the good of the Indian people, rather than with bolstering its own image at any cost. Let’s also imagine that this government seeks to cooperate and consult with state governments and is responsive and accountable to the people, as it mobilises and shares public resources for the common good. What kind of Budget 2022-23 could we hope for from such a government?

Consider the main areas of concern today: growing hunger and insufficient nutrition; falling employment generation with even worse labour conditions than before; an inadequate and poorly resourced public health system under major strain from recent shocks; collapsing education systems at all levels; growing amounts of unpaid labour being performed (mainly by women) in homes and local communities; and all of this occurring in a context of sluggish economic activity in which any rewards are very unequally distributed to those who are already rich and powerful.

Employment has become possibly the most critical and pressing issue, as jobs have been lost across sectors in both urban and rural areas and new jobs are worse-paying, with wage and self-employed incomes falling even in monetary terms in the context of rising inflation. Young people increasingly face a bleak and hopeless future without more job creation. These concerns already tell us what needs to be done by our fantasy government, where public spending needs to be dramatically increased and how it could be financed.

Obviously, public food provision needs to be strengthened, expanded and made universally accessible to all without requiring biometric identification, which has proved to be extremely exclusionary. The system of crop procurement must be reorganised to ensure that farmers get the remunerative process they have been demanding, are able to cope with climate change and other ecological constraints and are encouraged to shift to more sustainable cultivation practices in harmony with nature. This will, naturally, involve significantly more public expenditure, at the very least a doubling of the current food and agriculture allocations. 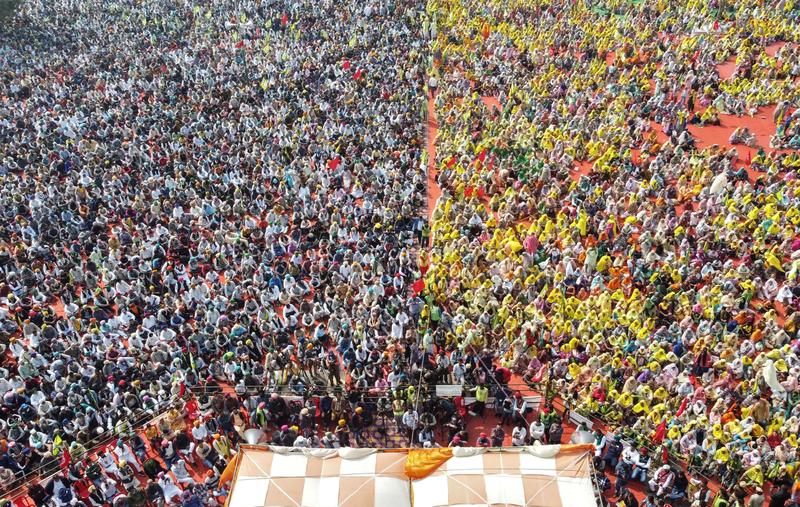 One of the key demands of the year-long farmers’ protest was for a legally-recognised Minimum Support Price for crop procurement. Photo: Reuters/Danish Siddiqui

Direct employment creation by the state – through significant expansion of the rural employment programme and the creation of an urban employment programme at the national level – has become an even more urgent necessity than before. In addition to other impacts, it puts incomes into the hands of those who are likely to spend all or most of it, and thereby has very strong positive multiplier effects, leading to secondary employment increases and a possible revival of micro and small enterprises that have been languishing or dying for lack of demand.

The MNREGA has been a lifeline for the already destitute and the newly poor in both urban and rural India. By law, it is a demand-driven programme under which the government is legally obliged to provide 100 days of employment per year to all households that demand such work. Yet the Union government has tended to starve it of funds and thereby reduced its potential effectiveness, so that the average days of work offered by the programme nationally is still less than 50 days. It is essential to make budgetary provision for the full 100 days (and ideally expand it to 150 days of work, given the prevailing dire labour market conditions).

If our idealised government begins even with the number of households that sought work under the scheme in the current year, it will need to triple the current allocation for the rural programme. It should combine this with the initiation of a national urban employment programme, buttressing the efforts of several state governments that have tried to begin such schemes.

The need to increase public health spending dramatically is so obvious that it needs no elaboration; so our imaginary government would do this without requiring any further justification. It would begin by tripling current levels of health spending to provide proper public health care services (not insurance schemes that subsidise private providers and insurance companies).

Even this would not be enough to bring government health spending in India to the levels seen in many other developing countries, but it would be an important start to improving health conditions. It would provide the funds to fill all vacancies in the health sector, regularise all frontline health workers, including scheme workers in the ICDS and elsewhere and expand infrastructure and facilities, especially in rural and far-flung areas.

The pandemic exposed the lack of social protection in the country, so this imaginary government would bring in a proper universal pension at half the minimum wage, to be paid to all those who cannot work for reasons of age or disability or other constraints. Once again, this would have massive multiplier effects that would create positive ripple effects on other activities.

Education in India has been dealt a body blow by prolonged school closures and the impact on a generation of children and young people is so terrible that it cannot even be properly gauged. Reviving the process of learning and undoing the damage will require significant new investments and a considerable increase in pupil-directed activities that take account of individual constraints. Many other countries are already doing this and have increased their education spending accordingly. This ideal government would also do so, seeking at last to bring public education spending to the promised 6% of GDP.

What a pipedream, people will say; where is the money for all this to come from? It’s interesting that this question never gets asked when around 2% of the GDP is blithely given away at one stroke through tax cuts to large corporates, or when spending by the Union home ministry keeps increasing.

It’s also interesting that these expenditures are always seen as “costs” rather than essential parts of the social contract whereby governments must ensure the basic human rights of citizens. Apparently public spending has to be justified and ways to finance it have to be found only when it is directed towards improving the lives of the masses.

But if we do have to look at new sources of financing, some are staring us in the face because of the inequality increases noted earlier. A relatively small wealth tax (say 3-4%) on the known assets of super-rich (just the dollar billionaires, for example, or the top 0.001% of the population) would fetch significant amounts that could cover at least a doubling of health spending and expansion of the rural employment programme for example. Since our imaginary government would have repealed the electoral bonds law and would not be beholden to large capitalists for funding, it could take on vested interests to impose such taxes.

This is the point at which the dream ends because, while all these measures are eminently possible, they are so far from our current political reality that they are not just unlikely, but simply not going to happen.

So we can hope for all of these measures – and we can be sure that the Budget will not contain them.

Jayati Ghosh is a development economist.