Nilesh Shah, managing director of the Kotak Mahindra Asset Management and a member of the Prime Minister’s Economic Advisory Council told Karan Thapar that weaker MSMEs should be allowed to die. 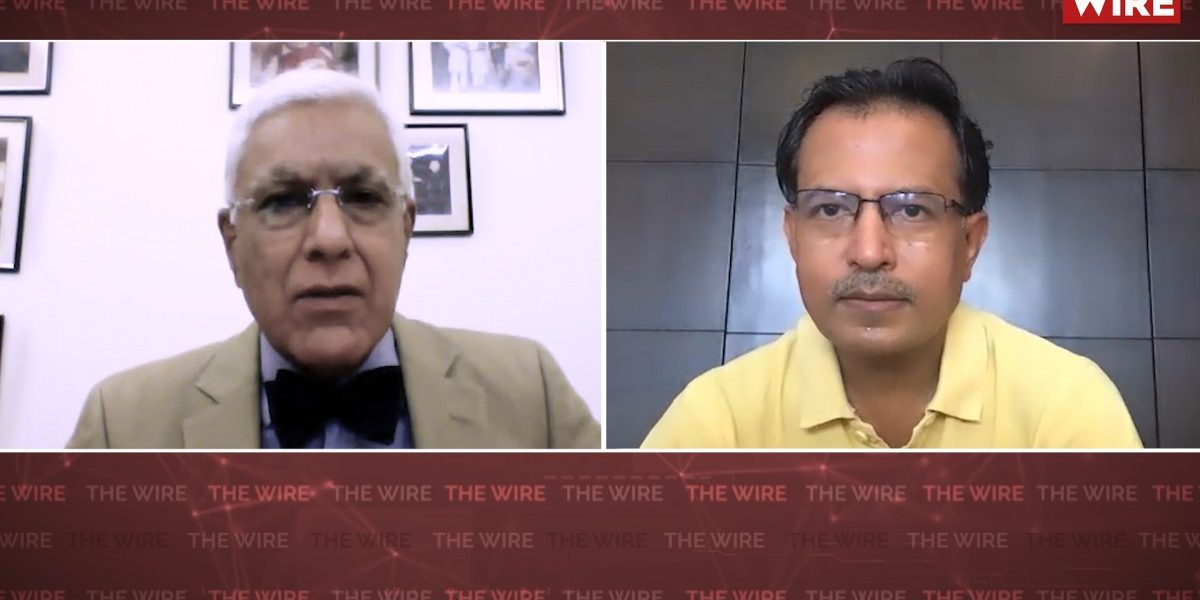 New Delhi: “Quarter 1 results are definitely alarming but also water under the bridge…depending on the COVID-19 situation, the economy could shrink up to 9% this year,” Nilesh Shah, managing director of the Kotak Mahindra Asset Management and a member of the Prime Minister’s Economic Advisory Council, told The Wire in an interview on Tuesday.

Making clear that he was speaking in his personal capacity, Shah also said, “We should support stronger MSMEs but allow the weaker ones to die…NPAs must not be swept under the carpet; we need to prosecute promoters who take money out and create deliberate NPAs…undoubtedly a fiscal stimulus is needed and its size must be determined by the needs of the economy not the government’s resource capacity…the stimulus should be financed by a gold amnesty scheme, monetisation of government assets and strategic privatisation…We’ve never had  three crises like this together; India faces a challenge similar to the United Staes under Roosevelt in 1933”.

Shah said he expected growth in Quarter 2 to remain negative but in “single digits”. He said the economy’s performance in Quarter 3 would be entirely dependent on the prevailing medical situation. If that continued to be adverse Quarter 3 growth would be negative but better than Quarter 2.

However, he expected Quarter 4 to be positive. He said his estimate for the full year was that the economy would shrink between 5% and 9%. However, if there is no vaccine and the coronavirus crisis continues and, therefore, hampers economic activity, the economy could shrink up to 9%.

Shah said that India was “caught in a perfect storm”. He said never before in India’s independent history had the country faced three crises together – a medical crisis, an economic crisis and a financial crisis. However, he added that the country must pull out all stops to convert this crisis into an opportunity.

Speaking to The Wire about the MSME sector, which constitutes 30% of GDP, 45% of manufacturing, 50% of exports and perhaps employs 12 crore people, Mr. Shah said whilst stronger MSMEs must be supported the weaker ones must be allowed to die. He agreed that what he was saying was that the government must not throw good money after bad MSMEs.

Speaking about the financial health of the economy, Shah said there would definitely be an increase in non-performing assets, although the full extent may not come to the surface. He said many MSMEs would have a difficult time servicing their debt.

More pointedly,  Shah told The Wire that we must change our attitude to how NPAs are handled. He said we prefer to sweep NPAs under the carpet and that must stop. He said we need to go after and prosecute promotors who take money out of their companies and deliberately create NPAs.

Asked to be more specific about what he believes is wrong with agriculture in India, Shah made six separate points to The Wire.

First, agriculture remains a family enterprise and not a business enterprise.

Third, he said even despite the success of GM Cotton, GM crops are not being grown.

Fourth, power subsidies to farmers means there is substantial misuse of power.

Fifth, APMC laws have restricted how and where farmers can sell their produce.

Finally and sixth, is the unchecked wastage of agricultural produce which he said was as high as 30-40% of the country’s agricultural output.

In part two of the interview i.e. after the commercial break, Shah spoke about measures that are necessary to tackle the economic and financial crises facing the country. He said there was “undoubtedly” need for a fiscal stimulus. He said its size should be determined by the needs of the economy and not by the resource capacity of the government. However, Shah said the size and scale of stimulus does not need to expand the fiscal deficit substantially if it’s financed thoughtfully.

Shah suggested three measures for financing the fiscal stimulus. First, he said the government should announce a gold amnesty scheme. He said India the cumulative value of India’s gold imports could be as high as $500 billion, which includes the 376 billion officially imported and an estimated $140 billion brought in to the country illegally.

He said the World Gold Council has estimated that household gold in India is as much as 25,000 tonnes worth $2 trillion. Much of this is held without being declared. If the government were to announce a gold amnesty scheme making this gold legal it could easily tap hundreds of billions of dollars.

In addition, Shah said if the Reserve Bank were to buy some of this gold it would add to the bank’s assets and perhaps also improve the country’s ratings.

The third way the government could finance the fiscal stimulus, said Shah, is by a programme of strategic privatisation. When it was pointed out to him that this government’s track record of privatisation is patchy and unconvincing – it has bungled the privatisation of Air India last year and usually prefers to sell one PSU to another – he said that in a crisis he was confident the government would realize the need to take tough decisions and implement them.

Finally, at the end of the interview, Shah asked if he could give a message to the people and spoke about how President Roosevelt in 1933, to dig the USA out of the prevailing depression, nationalised gold and the American people accepted that decision without demur. In contrast, Morarji Desai’s Gold Control Act, which he emphasised did not nationalise gold but only restricted its holding, was responded to with multiple ways of evasion and avoidance. Shah’s clear message was that the Indian people must co-operate and make the necessary adjustments and, even, sacrifice to ensure the economy recovers and grows.

The above is a paraphrased precis of Nilesh Shah’s interview to Karan Thapar for The Wire. Watch the full interview here.