Voluntary Taxation: A Lesson From the Ancient Greeks

In ancient Athens, taxes were not how the wealth of the rich was shared with the people. Instead, this was achieved by a voluntary alternative: liturgy. 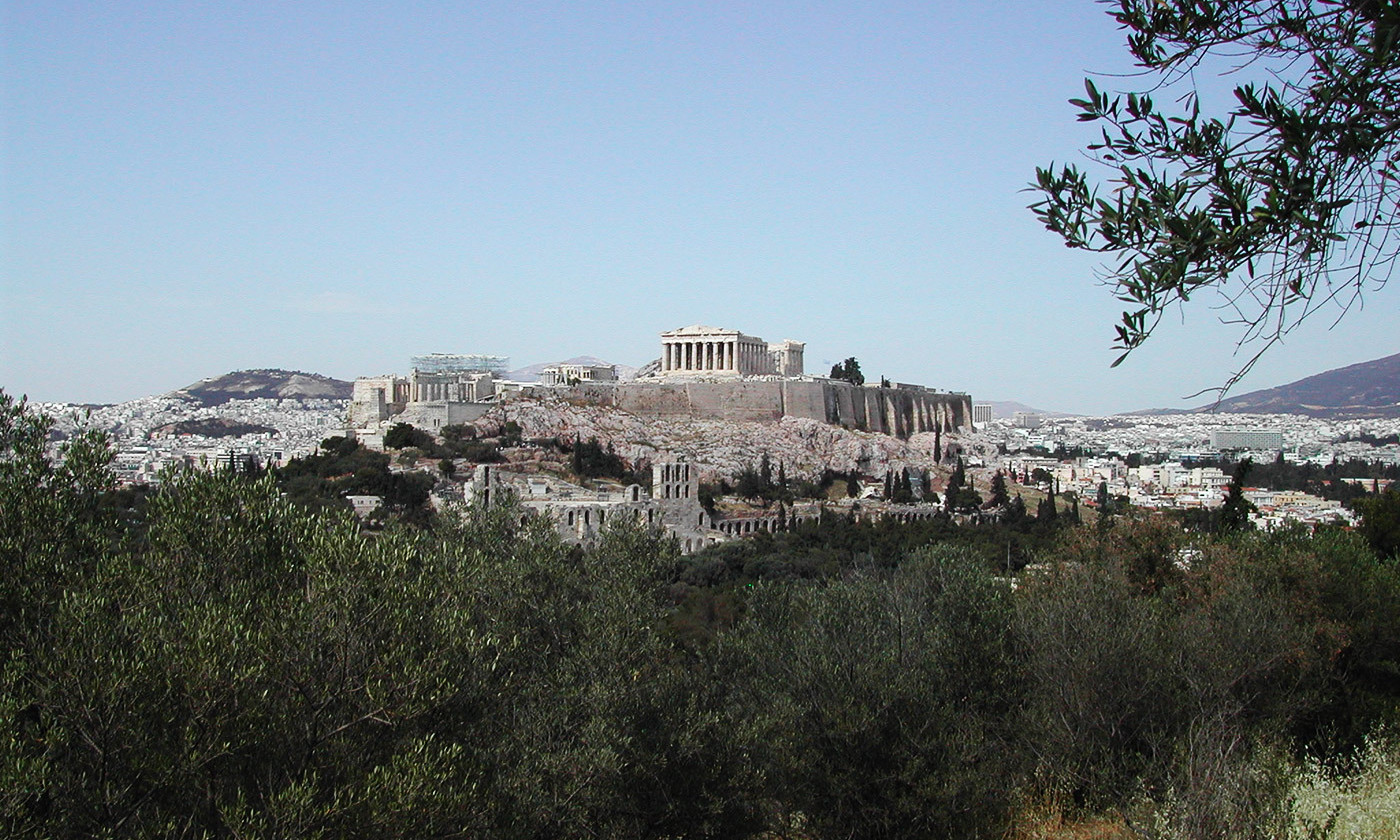 Elements of the Acropolis are thought to have been provided for through the public service of liturgy. Credit: Francesco Bandarin/UNESCO

Imagine a progressive tax – in other words, a tax that falls on those most able to pay; a tax that results in the rich paying – quite voluntarily – more than they are obliged, instead of trying to avoid it; a tax that’s spent according to the person who paid it; a tax that involves little bureaucracy. We have a great deal to thank the ancient Greeks for: to mathematics, science, drama and philosophy, add their taxation system – or rather, lack of – to the list.

The Greeks put taxation in the field of ethics: the liberty or despotism of a society could be measured by its system of taxes. We should admire them not so much for the way that they taxed, but the way that they didn’t. There was no tax on income. Taxes were not the way by which the wealth of the rich was shared with the people. Instead, this was achieved by a voluntary alternative: liturgy.

The word liturgy – from the ancient Greek leitourgia – means ‘public service’ or ‘work of the people’. The idea of benefaction was embedded in the ancient Greek psyche, and had roots in mythology. The Titan Prometheus created humanity and was its greatest benefactor, giving the gift of fire, which he stole from Mount Olympus. The Goddess Athena gave the citizenry the olive tree, symbol of peace and prosperity, and so the city of Athens was named after her.

The philosopher Aristotle developed the theme. His ‘magnificent man’ gave vast sums to the community. But poor men could never be ‘magnificent’ because they did not have the financial means. True wealth consists in doing good, Aristotle argued in the Art of Rhetoric: in handing out money and gifts, and helping others to maintain an existence. The physician Hippocrates, the founder of medicine, was another who believed in this social responsibility, advising doctors: ‘Sometimes give your services for nothing, calling to mind a previous benefaction or present satisfaction. And if there be an opportunity of serving one who is a stranger in financial straits, give full assistance to all such.’

Perhaps the city needed some kind of improvement to its infrastructure – a new bridge, for example. Perhaps a war loomed and military spending was required. Perhaps some kind of festivity was deemed necessary. Then the rich were called upon. They were expected not only to pay for the undertaking, but to carry it out as well: it was their responsibility to oversee the work in question.

The rationale was that the rich should shoulder the expenses of the city, given the unequal share of the community’s wealth they enjoyed. Any contribution was not enforced by law or bureaucracy, but by tradition and public sentiment. The motivation of the liturgist was benevolence, a sense of public duty and – significantly – the reward of honour and prestige. If an assignment was carried out well, the patron’s standing among his fellow elites, as well as ordinary people, would rise. While in early ancient Greece only warriors could become ‘heroes’, later, liturgists could earn heroic status by acting in the public interest for the welfare of others. The result was that many gave more than was expected, as much as three or four times, a far cry from today’s culture of paying as little as legally possible.

The Panathenaic Games were funded by the rich and donated to the city, as was the theatrical festival of Dionysia. The ‘choregy’ involved selecting, financing and training teams to compete in athletic, dramatic or musical contests at the many religious festivals in Athens. To be a choregos was an honour. Many gave more than the minimum required. They would share the praise and the awards their contestants won. Bronze tripods and monuments were erected – many of which remain even today – to commemorate the choregoi who had sponsored the best works.

Many of the buildings of ancient Greece were also constructed by benefactors competing for honour. The Stoa Poikile or Painted Porch of Peisianax in Athens, for example, where stoicism was taught and many paintings displayed, alongside spoils of war. Many works on the Acropolis, possibly even the Parthenon, were also funded by liturgy. Although firm evidence on the latter is lacking, the chryselephantine cult statue of Athena by the sculptor Phidias, who also supervised the construction of the Parthenon in which it was housed, was there through liturgy. (It cost more to build than the Parthenon itself.)

The most prestigious and important liturgy – and by far the most expensive – was the navy, known as ‘trierarchy’. The trierarch had to build, maintain and operate a warship – a ‘trireme’. Triremes kept the Athenian navy strong and shipping lanes free from pirates. Given that Athens was a trading centre (indeed, taxes on trade were another source of government revenue), their role was essential. In many cases, the trierarch was also expected to take command of the ship, unless he chose to pay a concession and leave the fighting to a specialist.

There were anywhere between 300 and 1,200 liturgists in Athens – depending on need (in times of war the number went up) – and the liturgical class was constantly being renewed. Those who were responsible for liturgy volunteered in most cases, although some were assigned by the state. There were also major and minor liturgies, which varied according to the liturgist’s wealth.

No doubt the system was exploited for individual gain, in particular political gain. One of the ways that the young Pericles made his mark, before becoming general of Athens, was by presenting the play The Persians of Aeschylus at the Greater Dionysia festival, as a liturgy, to demonstrate his benefaction. His principal political opponent, Cimon, did the same, gaining public favour by lavishly handing out portions of his sizable personal fortune.

Liturgists who didn’t want to participate risked public scorn. But there were also exemptions – particularly for those with other ongoing liturgies and for previous services rendered to the city. And there was antidosis. A liturgist could argue that another citizen was in fact wealthier and therefore more able to bear the financial burden of the liturgy. That other citizen then had three choices: to accept the liturgy; to submit to a trial in which a jury determined who was the wealthier; or to swap assets. It’s a pretty effective system for determining how wealthy somebody actually is, as opposed to how rich he says he is.

The beauty of the liturgy system was that public works tended to be funded and managed by people with relevant expertise, rather than by some less accountable state official. The benefit was that both personal wealth and personal expertise were shared through the community, without bureaucratic or government involvement. The job tended to be done well because the liturgist’s reputation was on the line.

In this age of the super-rich, perhaps it’s time to revive liturgy. It worked for the ancient Athenians, and perhaps it could work for us.

Dominic Frisby is a financial writer from London. His books are Bitcoin: The Future of Money? (2014) and Life After the State (2013). He co-wrote the documentary Four Horsemen (2012) and hosts the Virgin Podcast.

This article was originally published at Aeon. Read the original here.