Vodafone Versus India: A BIT of Confusion

By restraining a foreign investor from pursuing a claim under a bilateral investment treaty (BIT), the Delhi high court is coming in way of India’s accountability being tested under international law.

A man checks his mobile phone as he walks past a shop displaying the Vodafone logo on its shutter in Mumbai January 15, 2014. Bharti Airtel Ltd and Vodafone Group Plc's Indian unit submitted applications on Wednesday to bid in a spectrum auction next month, separate sources at the two companies said. REUTERS/Danish Siddiqui (INDIA - Tags: BUSINESS TELECOMS) 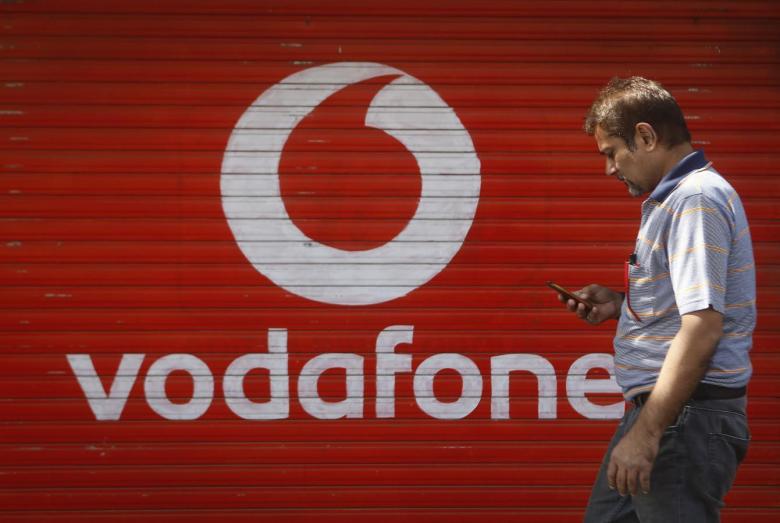 A man checks his mobile phone as he walks past a shop displaying the Vodafone logo on its shutter in Mumbai. Credit: Reuters/Danish Siddiqui

On January 24, 2017, Vodafone issued a BIT arbitration notice to the Indian government challenging the imposition of a multi-billion dollar tax bill arising out of retrospective amendment of the Income tax Act in 2012. This is the second BIT claim initiated by the Vodafone Group on the issue of retrospective taxation. The first BIT claim against India on the same matter was initiated in 2012 by the Dutch affiliate of the Vodafone Group under the India-Netherlands BIT. This case is pending before the Permanent Court of Arbitration at The Hague. Since Vodafone has already initiated a BIT arbitration claim against India, on the issue of retrospective taxation, the Indian government knocked the doors of the Delhi HC, seeking an order to restrain Vodafone from initiating a parallel BIT proceeding on the same issue before another BIT tribunal citing ‘abuse of process’.

In this piece, we discuss three aspects pertaining to this case – abuse of process, basis of issuing anti-arbitral injunctions in BIT arbitration and whether municipal courts are natural forums for BIT disputes.

Emmanuel Gaillard in an article in the ICSID Review has argued that ‘abuse of process’ in BIT arbitration ‘does not violate any hard and fast legal rule’ but ‘nonetheless causes significant prejudice to the party against whom it is aimed and can undermine the fair and orderly resolution of disputes by international arbitration’. For example, a foreign investor filing multiple arbitral proceedings against a country, on the same issue, before different arbitral tribunals in order to maximise her chances of success could amount to ‘abuse of process’. On the face of it, this is what Vodafone is trying to do. Indeed, the Additional Solicitor General (ASG) of India argued before the high court that Vodafone’s attempt to initiate a parallel BIT proceeding amounts to ‘abuse of process’. The ASG cited the decision given by an ICSID tribunal in Orascom TMT Investments v. Algeria. In this case, the claimant was the part of a group of companies organized in a vertical structure, under the control of the same shareholder. All the companies had the same complaint against the host State, Algeria. The tribunal held that an investor who controls several entities in a vertical chain of companies may commit an abuse of process, if it seeks to challenge the same measure of the host State for the same harm at various levels of the chain relying upon several investment treaties concluded by the host State. In light of this principle, the high court, in the case of Vodafone, applied the doctrine of single economic entity to conclude that since the claimants in the two BIT arbitral proceedings form part of the same corporate group run, governed and managed by the same set of shareholders, initiating two independent BIT arbitral proceedings amounts to ‘abuse of process’. The court also raised a note of caution on the possibility of inconsistent decisions by the two separate arbitral tribunals if parallel proceedings were allowed.

While we do not disagree with the court’s conclusion (though the methodology is in question), it is important to point out that the issue of ‘abuse of process’ in BIT arbitration is not settled. A case in point is the two BIT arbitrations brought against Egypt, on the same facts, for the benefit of the same investor, one Yoseff Maimam, a German-born Israeli businessman. The first BIT arbitration against Egypt was brought under the US-Egypt BIT by Ampal-American Israeli Corporation, a company controlled by Mr Maimam. The second BIT arbitration, on the same facts, was brought against Egypt under the Egypt– Poland BIT in Mr Maiman’s own name and in the name of other companies in the same chain of ownership. In this case, the ICSID tribunal while recognizing that there was an abuse of process, allowed the investors to choose between the two arbitration which they had initiated. Therefore, the ruling in Orascom TMT Investments v. Algeria, though important, is not the final word on ‘abuse of process’ in BIT arbitrations especially given the fact that precedents are not formal sources of law in international law.

Another critical issue that this case throws up is whether Indian courts have the jurisdiction to issue anti-arbitral injunctions in matters involving BIT arbitration. This question may be divided in two sub questions: first, whether the Indian Arbitration and Conciliation (A&C) Act extends to BIT arbitration. And second, if yes, then under what conditions can a court issue an-anti arbitral injunctions in BIT arbitration? On both these issues, the 2014 decision of the Calcutta high court in Board of Trustees of the Port of Kolkata v. Louis Dreyfus Armaturs SAS & Ors, is illustrative.

Although the facts of the case before the Calcutta high court were different from the Vodafone case, an anti-arbitral injunction was sought from and granted by the Calcutta high court against a BIT arbitration initiated by Louis Dreyfus Armaturs SAS, a French foreign investor under the India-France BIT. As regards the first sub question, the Calcutta High Court presumed that the A&C Act extends to a BIT arbitration. A similar presumption seems to have been made by the Delhi High Court in the present case. Instead of simply presuming, the court should have discussed the doctrinal basis for the applicability of the A&C Act to BIT arbitrations, because the nature of a BIT arbitration (involves private person and a sovereign State) is very different from an international commercial/private arbitration (involves two private parties).

As regards the second issue, the Calcutta high court held that an anti-arbitral injunction could be issued under the following circumstances – first, there is no arbitral agreement between the parties; second, the arbitration agreement is null and void, inoperative or incapable of being performed; third, continuation of foreign arbitration proceeding might be oppressive or vexatious or unconscionable. Section 45 of the A&C Act reflects the first two circumstances mentioned above but not the third one. In this regard, decision of the division bench of the Delhi High Court in the case of McDonald India v. Vikram Bakshi is significant. In this case, although the facts did not involve a BIT arbitration, the division bench recognised that the courts have the power to grant anti-arbitral injunction (which it categorically stated is different from an anti-suit injunction). However, it held that an anti-arbitral injunction, in case of foreign arbitration, can only be granted under the conditions present under Section 45 of the A&C Act (para 37, 48, 57, 59). Strangely, the Delhi High Court in its Vodafone decision neither discusses the statutory basis for exercise of its jurisdiction nor the division bench judgment in McDonalds case which was binding on it. In the Vodafone case, there is valid arbitration clause in the India-UK BIT which gives right to Vodafone to go for arbitration, thus, the criteria given in Section 45 to issue anti-arbitral injunctions are not satisfied.

Another way to look at the high court’s decision is that by restraining a foreign investor from pursuing a claim under a BIT, the high court is coming in way of India’s accountability being tested under international law. This is despite India having given its unequivocal consent to BIT arbitration under the India-UK BIT. This is not to say that the ‘abuse of process’ argument is not strong. However, the Delhi High Court, instead of refraining Vodafone from pursuing a BIT arbitration, could have ordered India to join the arbitration and make the ‘abuse of process’ argument before the BIT tribunal under the India-UK BIT. In any case, a domestic court issuing an anti-arbitral injunction does not stop a BIT tribunal to hear the case as indeed it happened in a case known as SGS v Pakistan, where despite an order by the Supreme Court of Pakistan restraining the foreign investor from proceeding in BIT arbitration, the ICSID arbitral tribunal exercised its jurisdiction.

Are municipal courts a natural forum?

The court categorically spells out its belief that “India constitutes a natural forum for the litigation of the defendants’ claim (the BIT claim under India-UK) against the plaintiff.”

This observation of the courts comes apparently as a result of a two-fold submission made by the ASG, first that “disputes encompassing tax demands raised by host State are beyond the scope of arbitration provided under the BIT as taxation is sovereign function”; second that under the “Constitutional scheme of India, laws passed by the Parliament cannot be adjudicated by an arbitral tribunal”.

Both these arguments require reconsideration. As regards the first argument of the ASG is concerned, the India-UK BIT in its dispute settlement clause does not create an exception in respect of the ‘taxation matters’. Taxation has been kept out of the purview only of MFN and National Treatment obligations in the India-UK BIT and not from the entire BIT as the ASG contends. The basis of assertion that tax demands are out of the purview of BIT arbitration because taxation is a sovereign function – is again unfounded. The very purpose of the BITs – an instrument of international law – is to allow foreign investors to challenge those sovereign acts of the host State that allegedly breach the BIT.

The conduct of any State organ shall be considered an act of that State under international law, whether the organ exercises legislative, executive, judicial or any other functions, whatever position it holds in the organisation of the State, and whatever its character as an organ of the central Government or of a territorial unit of the State.

In other words, a law passed by a parliament can surely be challenged under a BIT for alleged violation. The India-UK BIT allows a foreign investor to proceed for treaty arbitration without exhausting local remedies if a foreign investor is of the view that the State actions violate the BIT. Therefore, municipal courts are clearly not the courts of natural forum in the presence of such clauses in the BIT.

To sum up, one is unsure whether the Delhi high court was right in issuing an anti-arbitral injunction. While the ‘abuse of process’ argument is strong, this argument should be made before the relevant BIT tribunal and not domestic courts. One hopes that in future Indian courts and the government would show a greater conceptual clarity in dealing with matters related to BIT arbitration.