What’s going on in Venezuela is the unintended consequence of Saudi Arabia’s policy of keeping oil prices deliberately low for political reasons. 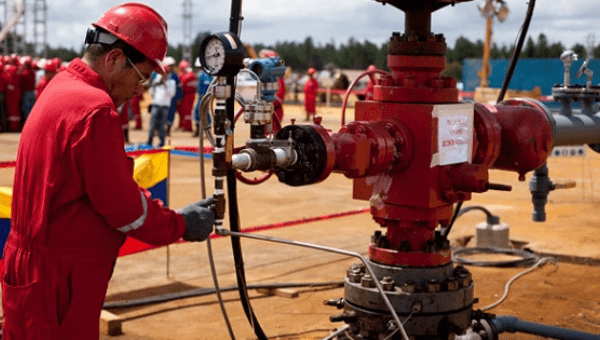 Venezuela has sunk ever deep into a political and economic calamity. Inflation was above 700% and GDP more than a third below 2013 levels in August this year. The country with the world’s largest proven oil reserves is now the world’s most indebted country – no other nation has a larger public external debt as a share of GDP or of exports. Living standards have truly collapsed.

Many factors have contributed to Venezuela’s current crisis including mismanagement of oil wealth by former president Hugo Chavez and the current leader, Nicolás Maduro, and criminality, lawlessness and the black market.

While all of these have undoubtedly had a part to play, the falling price of oil is the most significant factor. However the connection between this and an economic crisis in South America is not as obvious. What’s going on in Venezuela is the unintended consequence of Saudi Arabia’s policy of keeping oil prices deliberately low for political reasons.

The price of oil, as with any other commodity, is regulated through supply and demand. When there is an oil surplus, or a reduction in demand, the price will fall.

At the start of 2014 the global supply and demand for oil was fairly balanced, at around 92m barrels a day. But production started to escalate thereafter, and by late 2015 the average daily supply reached 97m barrels, more than a million barrels per day ahead of demand. This surplus caused a sharp drop in the price of oil.

Also read: What the Crisis in Venezuela Tells Us About Populism in Today’s Time

Part of this increase in supply was from American shale oil, extracted through fracking, but mostly it was the result of the Saudis deliberately pumping large amounts of oil for political reasons. As the only oil-producing country with sufficient reserves to regulate the market in this way, Saudi Arabia is considered the “swing producer”. Even though US shale production has reduced some of the Saudis’s swing power, the oil kingdom has still the capacity to produce more than it does currently and is therefore still very much capable of crashing the market.

Taking on America and Iran

It seems the Saudis are trying to achieve two aims. The first is to drive US shale producers out of business and consolidate the Gulf state’s leading role in global oil. Producing oil from shale via fracking is expensive, around $60 a barrel, while the cost of natural oil is no higher than $7 a barrel. Saudi Arabia hopes the drastic decrease in oil prices, to well below $60 a barrel, will make it unprofitable for American shale producers to drill at their current rates. 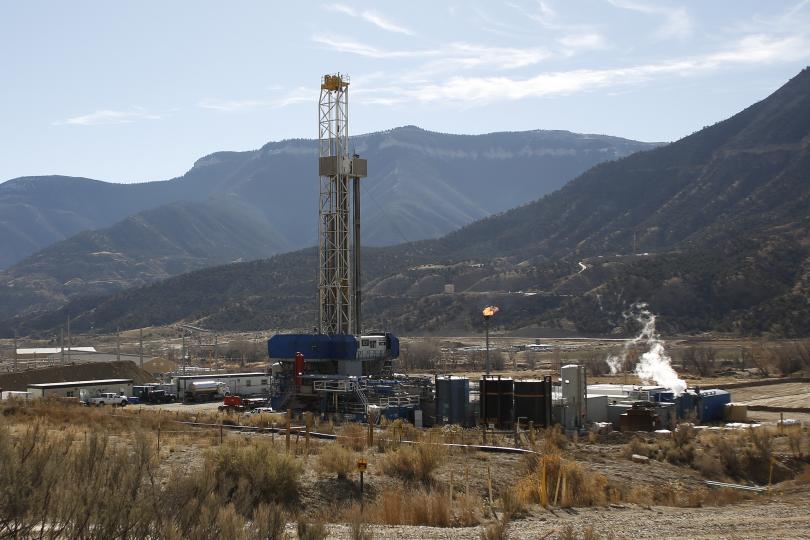 The second aim is to destroy the economy of Iran, the Saudi kingdom’s main competitor in the Middle East. This would thus limit Tehran’s ability to continue funnelling hundreds of millions each year to the Syrian regime, and Shia militias in Iraq, Yemen and elsewhere.

Oil markets have always been at the heart of the Saudi-Iranian struggle for regional hegemony. Back in 1977, when Iran was planning extensive nuclear power plants and envisaging the spread of its influence throughout the Middle East, the Saudi regime swamped the markets, expanding oil production from 8m to almost 12m barrels a day, sharply cutting the oil prices.

Iran watched billions of dollars in anticipated oil revenues vanish, and the Shah was forced to abandon his plans for nuclear investment. Manufacturing collapsed, inflation skyrocketed, unemployment rose steeply – and before long economic troubles had destroyed all support for the Iranian monarchy. The rest is history: the regime collapsed in two years and was replaced by Ayatollah Khomeini’s Islamic republic.

It seems, after some hesitation and discussions in the early part of 2014, Saudi Arabia launched this oil price war in tandem with the US. America supported the policy as it wanted to undermine the influence of oil-dependent Russia, something it apparently considered more important than supporting its own fracking sector, while access to cheap imported oil is good news for US consumers and industry in general. Whether or not there was a clearly planned and agreed strategy, there seems to be an unmistakable convergence of interests between the Saudi and US positions.

This strategy of keeping the price of oil down has not necessarily destroyed either the Russian or Iranian economies however. Instead, the hardest hit oil-producing nations are in South America and Africa, where petro-states such as Libya, Angola, and Nigeria are suffering.

But the worst affected country of all is Venezuela, the most disastrously oil-dependent state in the world. Oil accounts for 96% of exports and more than 40% of government revenues.

It is still unclear whether the Saudi-US oil price strategy will ever achieve its main goal of crushing Russian and Iranian power and influence. But one thing is clear: the world oil market will continue to be extremely volatile, and smaller, less powerful nations will continue to be caught up in the wider battle.