What a Potential US Recession Will Mean for the Indian Economy

The signs emanating from the Indian corporate milieu are far from consoling. 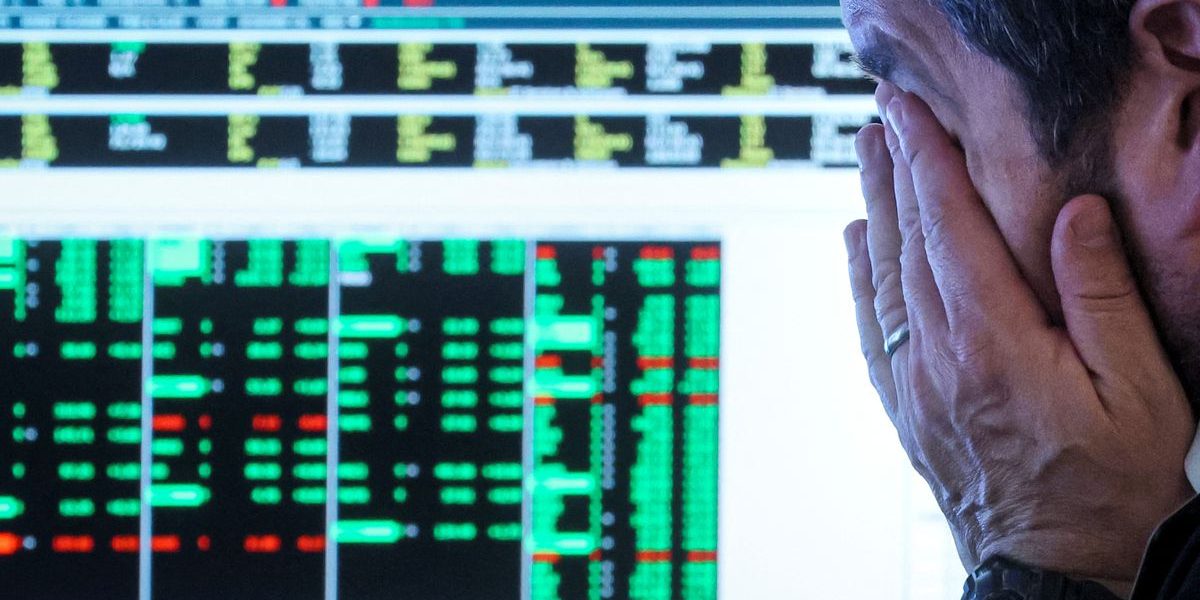 A trader on the floor of the New York Stock Exchange (NYSE) in New York, July 15. Photo: Reuters/Brendan McDermid.

Mumbai: It is becoming difficult to escape the whispers of an imminent recession. Insofar as the US economy is concerned, there are murmurs that a recession there could take bourses worldwide, as well as developing economies, within its fold and lead to a bloodbath, with widespread job losses.

And the signs emanating from the Indian corporate milieu are far from consoling.

Mukesh Ambani’s Reliance Industries foregrounded the prospects of a US recession hurting its future earnings in its latest quarterly results. The International Monetary Fund’s (IMF’s) director, Kristalina Georgieva, recently warned that 2022 was going to be tough and 2023, tougher.

When the G20 met in April, dark clouds were already gathering on the horizon of the world economy, which prodded the IMF to downgrade the global growth forecast to 3.6% for this year. The IMF made no bones about the fact that 2023 growth rate could worsen considering the immense downside risks. Since then, Georgieva has pointed out that these “risks have materialised” and the “multiple crises facing the world have intensified”

Meanwhile, Indian corporates are bracing for dismal quarters ahead. In a survey conducted by brokerage and research firm JP Morgan, the respondents, comprising 142 tech companies’ CIOs, estimated a 30-31% chance of a recession hitting the US and European economies and a 35-38% chance of growth slowing down over the course of the next 12-18 months.

Additionally, 39% of the CIOs were of the opinion that they will have to put off their IT purchases in the second half of FY22. The JP Morgan report indicates that companies employing TCS, Wipro and Infosys will be likely to contract their IT spending.

Also read: The Mother of all Stagflations Could Lie Ahead

If the future seems distraught for IT companies, a massacre is already underway in the Indian startup space. According to Inc42, a news portal that rigorously follows the Indian tech, startup and internet economy, more than 11,360 employees had been laid off until July 14 as the startup space battles a funding freeze.

Industry experts don’t see the pain ceasing anytime soon with many of them predicting that close to 60,000 startup employees will lose their jobs in 2022 alone. Startups like Ola, Blinkit, Vedantu, Unacademy, Vedantu, Cars24, Mobile Premier League (MPL), Lido Learning, Mfine, Trell and many more have already shown their employees the door.

Amidst such doom and gloom, there is some hope that still lingers from the point of view of the Reserve Bank of India (RBI). The recent moderation in crude oil prices and its follow-on effects on commodities across the globe has enthused the central bank’s hope that “unjust inflation may be peaking.”

The central bank is pinning its hopes on the southwest monsoon paving the way for another abundant harvest year during which rural demand catches up with urban spending and consolidates economic recovery.

“If the commodity price moderation witnessed in recent weeks endures alongside the easing of supply chain pressures, the worst of the recent surge in inflation will be left behind, enabling the Indian economy to escape the global inflation trap and enjoy the fruits of the ebullient supply response that is taking place,” a July 16 article titled, ‘State of the Economy’, released by the RBI, said.

There is good cause for the RBI to hope that a recession doesn’t come to pass. Demand contracts in a recessionary environment and consequently, spending – across the board – undergoes harsh crimping. This does not seem to be the case with respect to demand data emanating from the ground.

Consider, for instance, transport indicators, which recorded robust growth in the month of June. Railways freight traffic grew over pre-pandemic levels and of those from over a year ago (11.3% year-on-year) in June, 2022. An increase in freight movement was recorded with respect to coal and cement. Cargo at major ports recorded expansion by 13.6% (y-o-y) in June, attributed to an increase in coking coal and thermal coal freight, and other miscellaneous cargo which together accounts for about 39% of total cargo.

Construction sector activity continued on an uptrend in May-June 2022, with cement production and steel consumption recording sustained growth over pre-pandemic levels. The effect of rising input costs was muted considering that demand outsized supply, as can be seen in capacity utilisation spiking up to about 70% for the cement industry in June, 2022.

Also read: Explainer: Why is the Rupee Falling and How Does it Hurt You?

However, these indicators do not lessen, in any manner, India’s vulnerability to external shocks, which majorly hinges on crude oil prices. Variations in crude oil prices have a key impact on a number of economic parameters, including current account deficit, inflation, growth, fiscal strength and rupee levels.

With the rupee already trading at close to the 80 levels, experts are ringing alarm bells cautioning that the rupee looks set for 81-82 levels.