After Urjit Patel Drama, RBI Must Turn Its Attention to How It Can Help India's Economy

The central bank and the finance ministry must be able to have a mature discussion on how much of the RBI's reserves can be handed over to the government. 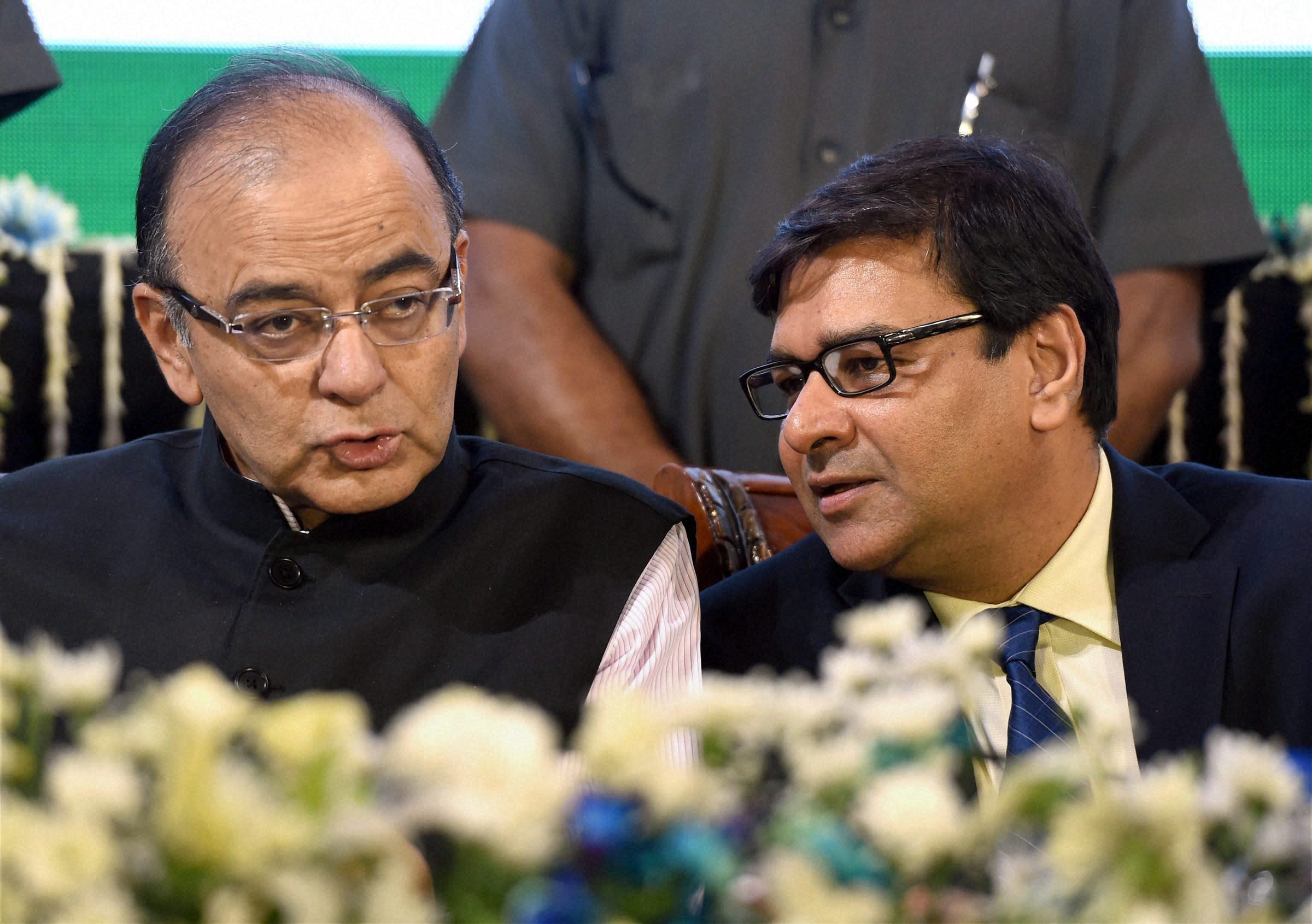 By resigning as the Reserve Bank of India’s governor without a shadow of warning, Urjit Patel has delivered a coup de grace to India’s tottering economy.

One does not have to be a psychic to divine what made Patel take this drastic action now. He was almost certainly instructed to transfer some of the central bank’s reserves to the finance ministry to meet its expenditure commitments. He had already refused point blank during the marathon board meeting of November 19. He must have suspected, or been warned, that if he did not agree, he would be directed to do so under Section 7 of the RBI Act.

The resignation could not have come at a worse time. If there was a right moment for him to have registered his protest, it should have been on November 8, 2016, when Prime Minister Narendra Modi announced his controversial decision to demonetise Rs 500 and Rs 1,000 notes. But Patel has chosen to quit now, when two more years of suicidal economic policies have left the Indian economy in tatters and confidence abroad in the stability of the Indian rupee is at an all time low.

Also Read: What Does Urjit Patel’s Resignation Mean for the Future of Modi’s RBI?

The forerunners of the deluge that Patel has let loose have not taken long to appear. On Tuesday morning, the rupee was trading 112 paise lower and on Wednesday morning, it opened 0.33% down from Tuesday’s close of 71.87.

More falls are certain because most investors will conclude that, sensing the need to compensate for the losses in the current round of state elections, the BJP will use the central bank’s reserves to  go on a spending spree to recover ground before the general elections next year.

This may well be true. But even if, by a miracle, Patel’s resignation makes the government pause before raiding some of the RBI’s reserves, this is unlikely to save the Indian economy from the major problems that now stares it in the face. 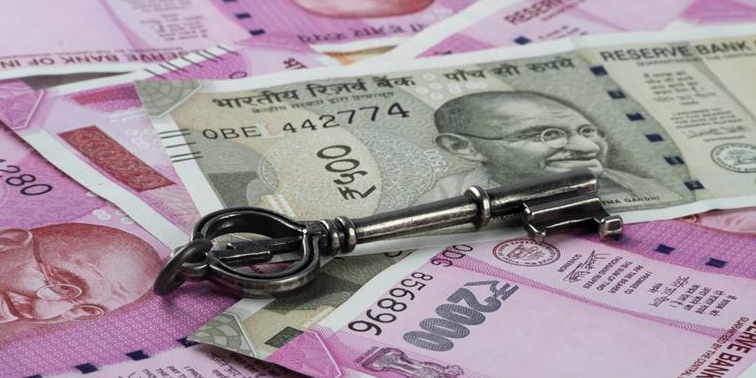 If there was a right moment for Patel to have registered his protest, it should have been on November 8, 2016. Credit: File photo

The inescapable fact is that the Indian economy has been hurt over the past decade by the intolerably high interest rates inflicted upon it. Inflicted by a central bank so single-mindedly focused on curbing an inflation that was not caused by an excess of demand in the domestic economy. That futile exercise led to a crash in demand for housing and consumer durables, and pushed up the interest burden and cost of infrastructure projects till investors simply left them incomplete and walked away.

Had anyone in the Modi government studied the experience of other countries  it might have been able to find an antidote to India’s epidemic of bankruptcies  long ago.

The first step is to lower commercial bank lending rates on medium and long term loans, of longer than three years to today’s core rate of inflation of 4%. Also, allow borrowers to refinance their existing debt at the new low rate and balance this by lowering interest paid on term deposits in the banks by 1 to 1.25%, in order to avoid a further constriction of bank revenues.

Readers may wonder how a 1 to 1.25% average reduction in interest paid out by banks to depositors will reduce outflows by enough to offset the fall in revenue from a 6% cut in lending rates. There are three reasons: first, only 37% of the commercial bank loans by public sector banks is for three years or more.

Second, most of the longer term loans within this category are now non-performing and therefore yield nothing. Finally, since even a 1% reduction in deposit rates will make some savings shift from the banks to the equity and bond markets, there will be a further reduction in the servicing cost of the PSB’s debt.

An examination of the balance sheets of several companies that are now facing bankruptcy proceedings before the National Company Law Tribunal shows that while many will be able to start meeting their liabilities if they are allowed to refinance their loans, a substantial number, including some of the biggest investors in infrastructure, will still remain in the red.

To salvage the most important projects among these, the government will need to follow the example set by Barack Obama in the US in 2009, when he asked the Federal Reserve to buy a controlling share in General Motors and Chrysler, to save them from bankruptcy and bring in new management to turn them around. Not only did he succeed, but the Federal Reserve was able to resell its shares in the market at a profit within four years.

The second essential step, therefore, is  to persuade the RBI to transfer some of the reserves it holds within the central bank to a Special Facility that will buy controlling  shares in the most important and least severely indebted of the remaining companies.

Contrary to the impression created by the recent controversy between it and the ministry of finance, the RBI not only has the funds to do the buying, but the need for credibility abroad will ensure that it deploys the funds responsibly, chooses companies to buy into that are really capable of being revived, and not succumb to political pressure in making its choices.

It has the funds to do this because its two principal reserves, the Currency and Gold Revaluation Reserve (CGRR) and the Contingency Fund far exceed the maximum that any RBI committee has recommended. While the Subrahmanyam committee in 1997 had suggested 12% of total assets in each fund, the Usha Thorat committee had recommended 12.26% for the CGRR and 5% for the Contingency reserve.\

Today the CGRR  stands at 19.11%, and the Contingency Fund at 6.41%. The two together are therefore 1.52% above the limit prescribed by the Subrahmanyam committee and 10.4% above the Thorat recommendations.

If the RBI brings the CGRR down to Thorat’s 12.26% but simultaneously raises the Contingency Fund to 9%, it will be able to create a Special Investment Facility (SIF) with the remaining 5.5% and invest in the shares of companies in dire need of recapitalisation, without damaging confidence abroad in the RBI. The surplus amounted to Rs.198,967 crores in 2017-18.

This facility can be further enlarged by discontinuing, temporarily, the practice begun in 2014 of transferring all of the RBI’s annual profits to the government to help finance its budget, and transferring it for two years into the SIF. The net surplus in 2017-18 was Rs 50,004 crores. So this would add another Rs 100,000 crores to this facility by March 2020.

Asking the RBI to create the SIF will force it to take responsibility for reviving economic growth, something it has adamantly refused to do, even while it controls the one instrument that spells life or death for the economy. It will also have to understand the challenges industries faces both at home and abroad.

It will be forced to bring top flight industrial managers, past and present, onto its board and perhaps also look abroad for talent and ideas. Over time, this will end the poisonous dichotomy that exists today, without any need for strong arm measures by the government. 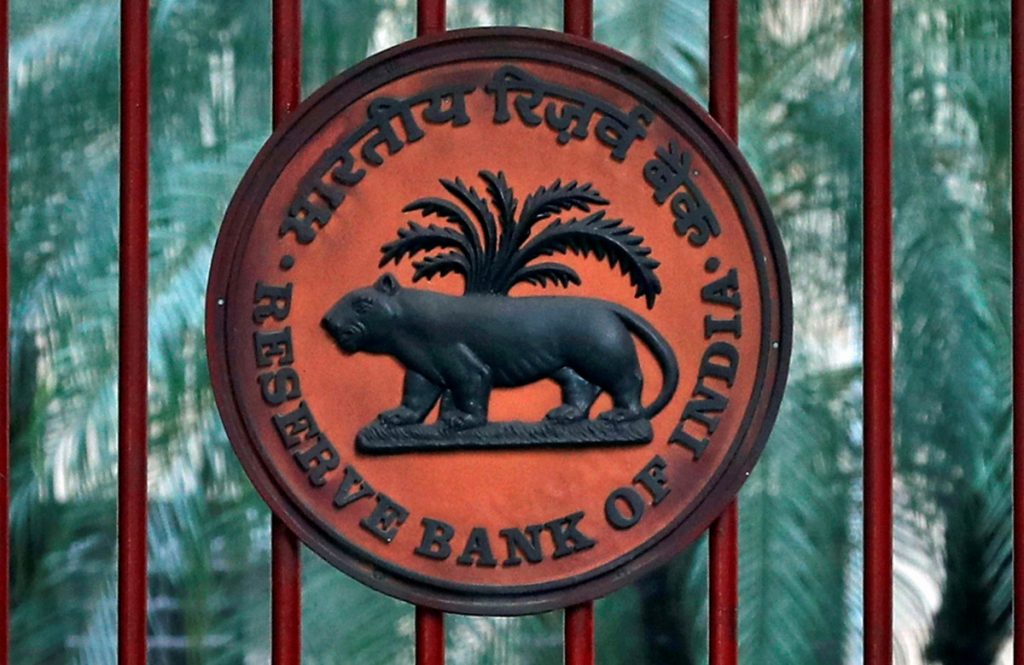 The RBI can invest in the shares of companies in dire need of recapitalisation, without damaging confidence abroad in the bank. Credit: REUTERS/Altaf Hussain

Two more bridges will still remain to be crossed. The first is how to make the commercial banks actually pass through the RBI’s cuts in policy rates to their borrowers. They have now enjoyed autonomy in setting their minimum lending rates (subject to guidelines set by the RBI) for several years, and may therefore drag their feet in doing so, as they did two years ago. The second is that the RBI lacks any experience of running an industrial or infrastructure enterprise, so may baulk at taking the responsibility for doing so.

These are real challenges that will have to be met with circumspection, but they cannot be allowed to block the reforms altogether. As to the first, the fact that the bad loans are almost entirely concentrated in the public sector may prove a blessing in disguise, because these are more likely to fall in line with the government’s wishes. Among them, the most stressed banks will do so first, because they will have the least to lose. After that, competition for business will make the rest fall in line.

As to the second, the RBI will have to hire retired professional managers from the private and public sectors to sit on their boards and bring in internationally renowned consultants to assist them. This will start a learning process within the bank that will end the dyarchy that has developed between it and the ministry of finance.

This learning process will take time, but the alternative, of allowing the present bankruptcy procedures to continue, will take much more.