Budget 2022: There's Good and Bad News on the Jobs Front

The government, in general, does not seem to recognise that India has seen a crisis in aggregate demand. 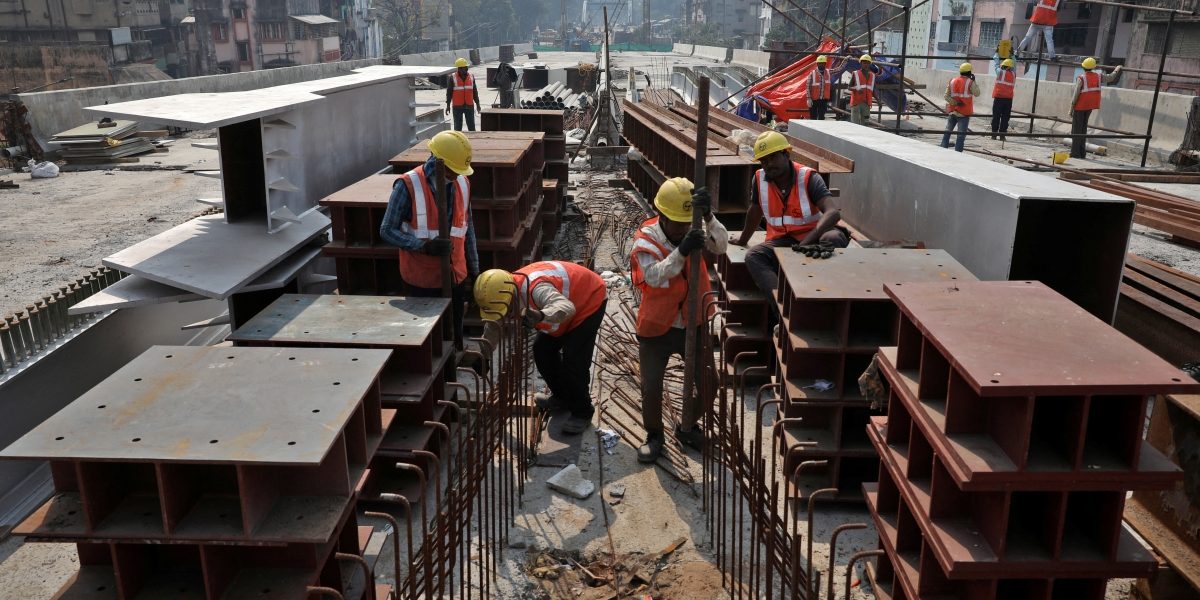 Labourers work at the site of an under construction flyover in Kolkata, West Bengal, February 1, 2022. Photo: Reuters/Rupak De Chowdhuri

In the absence of any vision document (for example, a five-year plan) put out by the current Union government, the annual budget is supposed to provide direction to the country and the government’s own departments about the priorities of government policy. The budget’s direction (or vision) becomes even more important in a global pandemic, in which the world economy contracted by 3.1% in 2020 but India’s economy contracted by 7.3% – the worst among major economies. And that is probably understating the actual full GDP contraction since it does not adequately measure the unorganised sector, which accounts for roughly 30% of the GDP, 40% of exports, but 90% of employment.

Open unemployment was already at a 48 year high in 2019-20 at 8.8%, by the internationally recognised measure of current weekly status (CWS). There has been no change in open unemployment over three years, 2017-2020, by the current weekly status of the worker – hardly surprising, given that the economy was slowing each quarter over that period. That implies underemployment was increasing, but the Periodic Labour Force Survey (PLFS) measures that poorly. That is one reason that many of us on the National Statistical Office (NSO)’s Standing Committee of Economic Statistics are attempting to get the office to switch the PLFS to the internationally comparable CWS as opposed to usual status (which uses a 365 day reference period).

This is important for several reasons.

First, most public investment in India is undertaken by state governments and much less by the Union government. It seems that finance minister Nirmala Sitharaman realised that the states are in no position to increase public investment this year, since they have borne the responsibility of managing the second wave of COVID-19. In any case, they have strict commitments on borrowing on account of the Fiscal Responsibility and Budget Management (FRBM) Act.

Second, an increase in public investment was required to crowd in private investment – a typical Keynesian measure. This is rather contrary to the Union government’s policy stance for the last two years, when the size of the fiscal stimulus was barely 2.1% and 1.9% of the GDP. This is very stingy – measly in fact – compared to the emerging market economies in 2020 alone stimulating their economies by 4.7% of GDP; and the Union government’s own fiscal stimulus in 2008, after the much smaller global economic crisis, of 3.5% of the GDP.

However, the good news on jobs in the budget stops there, and the bad news begins. 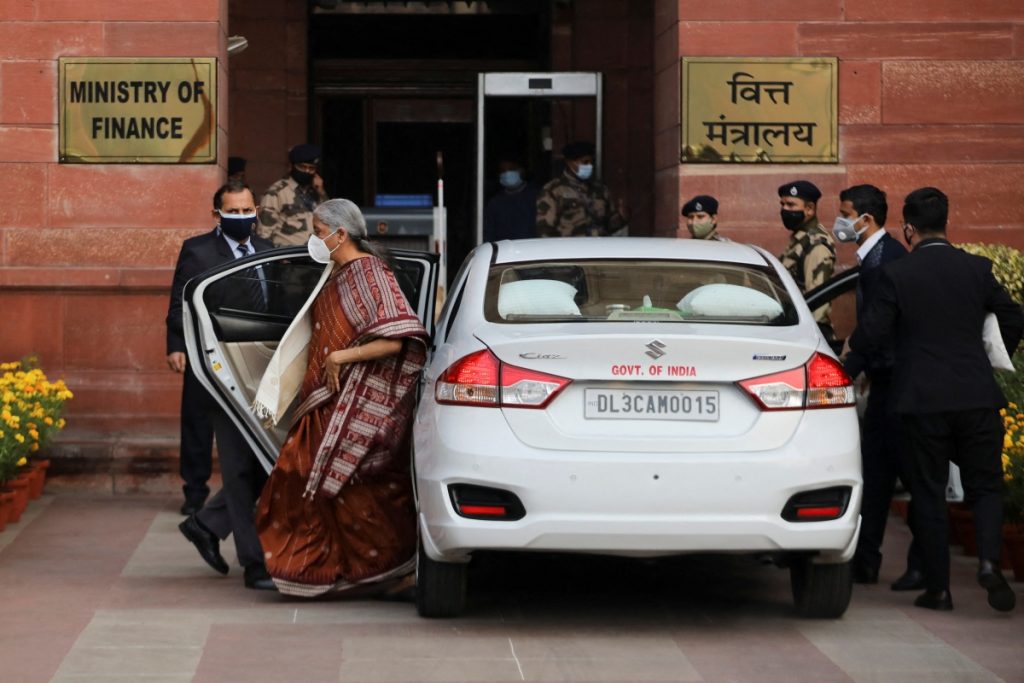 First, the FM implicitly recognised the problem of joblessness when she said early in her speech that the Union government plans to create six million jobs over the next five years. Recognising a problem, however, is not the same as understanding the scale of the problem, which has three dimensions.

One, about five million young people, mostly educated, join the labour force looking for work each year. Two, there were already 30 million unemployed in 2019 – and at least 10 million have been added to that number since the COVID-19 pandemic began. And three, 32 million semi- and unskilled migrant labourers went back to agriculture between 2019 and 2020 and received little succour. The last development is a reversal of the trend of the absolute reduction of workers in agriculture between 2004-05 and 2019.

The reverse migrants have come to depend upon Mahatma Gandhi National Rural Employment Guarantee Act (MG-NREGA) since their return to their villages. The programme is a life-saver at a time of desperation. There are already too few livelihood opportunities in the states which are source states of migrant labour (the Hindi belt, West Bengal, Odisha and Assam). A saturated labour situation in these states is now having to support at least 32 million more returnees. The Union government had allocated Rs 60,000 crore in FY21, then increased it to Rs 1.1 lakh crore but still, there were arrears left to be paid to states in FY22. In FY22, it allocated Rs 70,000, to which another Rs 15,000 crore was added, but has not sufficed. Millions of workers were denied work.

Worse, notified MGNREGA wage rates increased by 4% between FY 2020-21 and FY 2021-22, but actual wages paid remained lower than the notified wage rates for most states till December 31, 2021. The percentage of unmet demand, which is the difference between employment demanded and employment provided, was highest in April and September 2021 at 33% and 31%, respectively. For FY 2021-22 until December 31, 2021, around 91 lakh households that demanded work had not yet received it. According to a 2019 survey by the NSO, there was not much difference in who participated in the scheme, i.e. the proportion of rural agricultural households that undertook work under the MGNREGA was similar for the bottom (22%) and top quintile (20%).

Also Read: Jobs, Welfare and the Fisc: ‘India at 100’ Budget Disappoints on Two Out of Three Goals

Finally, from the jobs perspective, Budget 2023 has given more funds to the Emergency Credit Line Guarantee Scheme (ECGLS) for MSMEs: Rs 50,000 crore in FY23. This takes the total allocation to the scheme to Rs 5 lakh crore between FY’21 and FY’23. This might have some uncertain implications for saving some jobs in MSMEs that fear closing down, because of lack of aggregate demand in the economy.

In any case, the Union government in general does not seem to recognise that FY’21-FY’23 saw a crisis in aggregate demand. Similarly, what the new allocation for MSMEs does not recognise is that per capita private consumption expenditure had dropped by 5% in real terms between FY’22 and FY’23  – according to the first advance estimates of the GDP for FY’23. The economic collapse in the unorganised sector and MSMEs, driven by the pandemic, is essentially the result of a decline in aggregate demand. The Union government’s fiscal stimuli in the last two years have not been large enough to reverse the collapse in jobs that the COVID-19 lockdowns triggered, on top of a preexisting shortage of jobs. This is what has driven rising poverty and increasing inequality in India.

Santosh Mehrotra was formerly head of Development Policy Division and Rural Development Division, and Director General of the research institute of Planning Commission. He can be reached at santoshmeh@gmail.com.