The second wave did not affect unemployment in the same way, as no second national lockdown was announced. The lifting of some COVID-19 restrictions following the second wave of the pandemic in India has instantly caused the country’s unemployment to fall. While the rate for the first week of June actually exceeded that for May, the month’s second week saw unemployment fall by almost 5 percentage point. The average rate for June to-date has also fallen as of June 13, according to the Centre for Monitoring Indian Economy.

The Indian unemployment rate had gone off the charts following the first COVID-19 outbreak in the country and subsequent lockdown. It reached 23.5% overall (average of rural and urban rates) in April 2020. The second wave did not affect unemployment in the same way, as no second national lockdown was announced.

According to reporting by Economic Times, mobility data showed that Indians were moving around more as local lockdowns were lifted. Electricity consumption – hinting at increased industrial activity – was also picking up once again. 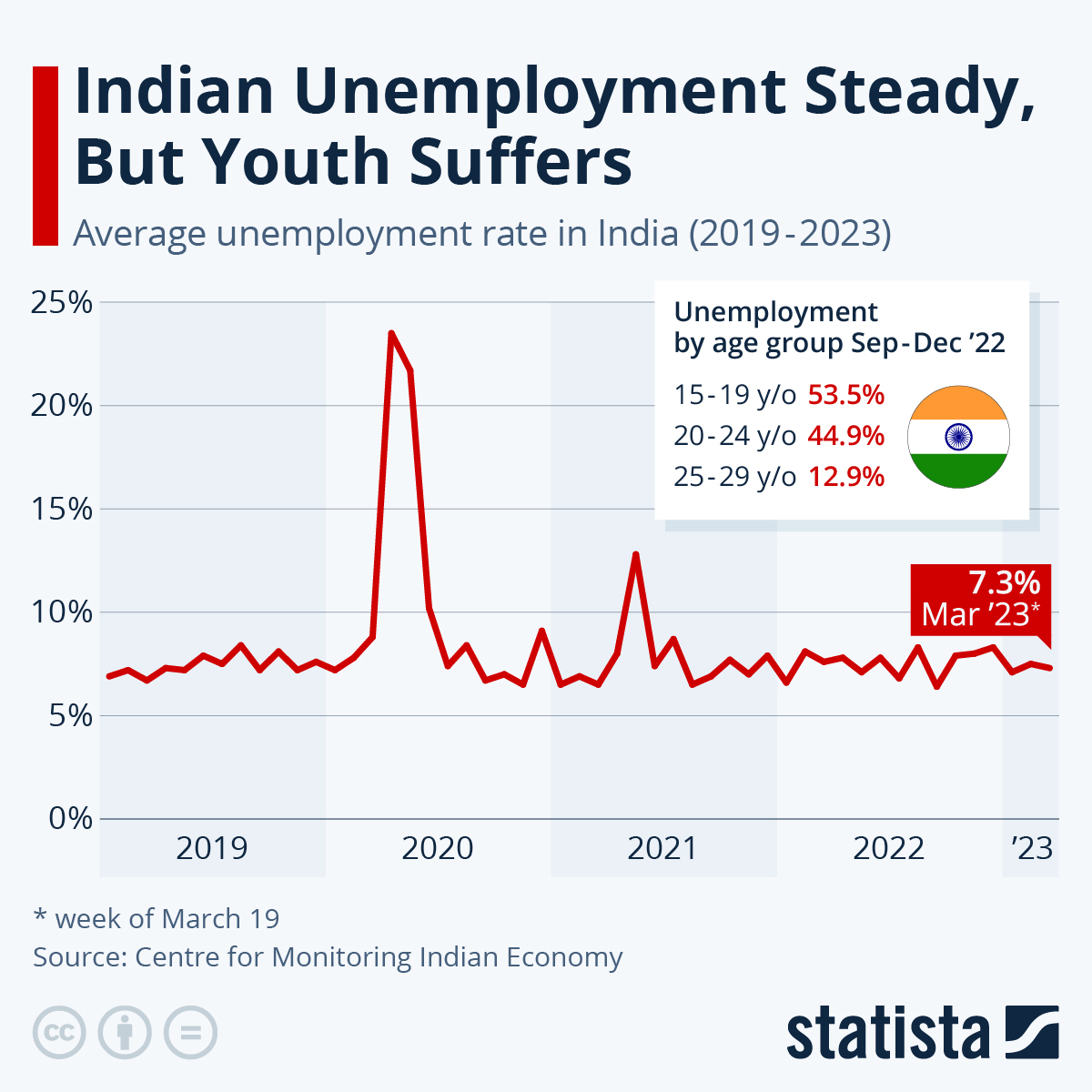 The story was originally published on Statista where you will find more infographics.