Thomas Piketty: 'Germany Has Never Repaid its Debts. It Has No Right to Lecture Greece'

The star economist Thomas Piketty calls for a major conference on debt. Germany, in particular, should not withhold help from Greece. 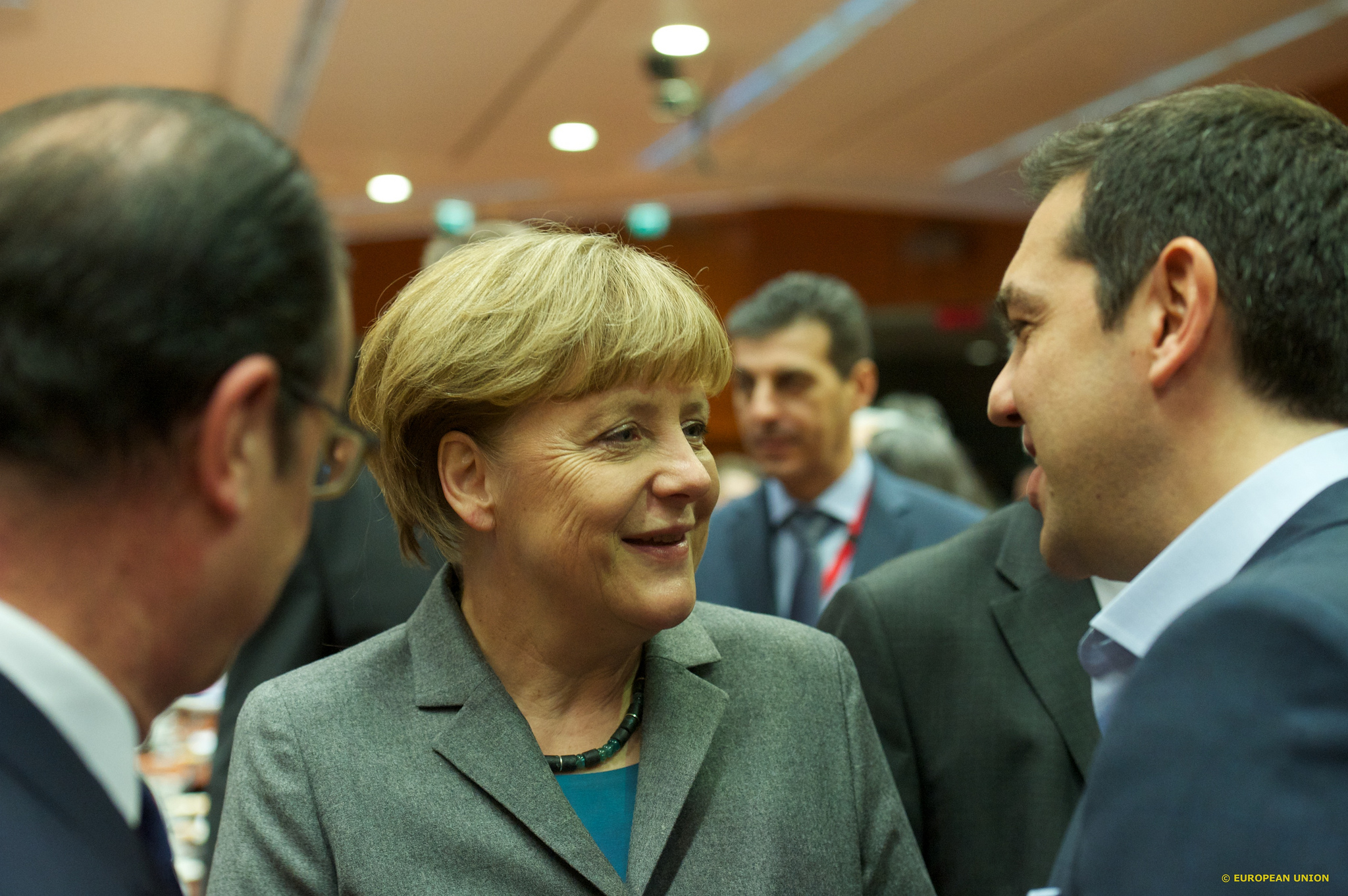 This forceful and important interview which is of enormous relevance to not just Greece, Germany or Europe but to India and English-speaking people all across the world, has been translated from the original German by Gavin Schalliol and is being published by The Wire in arrangement with Die Zeit.

In the interview, star economist Thomas Piketty calls for a major conference on debt. Germany, in particular, should not withhold help from Greece. Since his successful book, Capital in the Twenty-First Century, the Frenchman Thomas Piketty has been considered one of the most influential economists in the world. His argument for the redistribution of income and wealth launched a worldwide discussion. In a interview with Georg Blume of Die Zeit, he gives his clear opinions on the European debt debate.

DIE ZEIT: Should we Germans be happy that even the French government is aligned with the German dogma of austerity?

Thomas Piketty: Absolutely not. This is neither a reason for France, nor Germany, and especially not for Europe, to be happy. I am much more afraid that the conservatives, especially in Germany, are about to destroy Europe and the European idea, all because of their shocking ignorance of history.

ZEIT: But we Germans have already reckoned with our own history.

Piketty: But not when it comes to repaying debts! Germany’s past, in this respect, should be of great significance to today’s Germans. Look at the history of national debt: Great Britain, Germany, and France were all once in the situation of today’s Greece, and in fact had been far more indebted. The first lesson that we can take from the history of government debt is that we are not facing a brand new problem. There have been many ways to repay debts, and not just one, which is what Berlin and Paris would have the Greeks believe.

ZEIT: But shouldn’t they repay their debts?

Also read: A Simple Guide to the Unfolding Financial Drama in Greece

Piketty: My book recounts the history of income and wealth, including that of nations. What struck me while I was writing is that Germany is really the single best example of a country that, throughout its history, has never repaid its external debt. Neither after the First nor the Second World War. However, it has frequently made other nations pay up, such as after the Franco-Prussian War of 1870, when it demanded massive reparations from France and indeed received them. The French state suffered for decades under this debt. The history of public debt is full of irony. It rarely follows our ideas of order and justice.

ZEIT: But surely we can’t draw the conclusion that we can do no better today?

Piketty: When I hear the Germans say that they maintain a very moral stance about debt and strongly believe that debts must be repaid, then I think: what a huge joke! Germany is the country that has never repaid its debts. It has no standing to lecture other nations.

ZEIT: Are you trying to depict states that don’t pay back their debts as winners?

Piketty: Germany is just such a state. But wait: history shows us two ways for an indebted state to leave delinquency. One was demonstrated by the British Empire in the 19th century after its expensive wars with Napoleon. It is the slow method that is now being recommended to Greece. The Empire repaid its debts through strict budgetary discipline. This worked, but it took an extremely long time. For over 100 years, the British gave up two to three percent of their economy to repay its debts, which was more than they spent on schools and education. That didn’t have to happen, and it shouldn’t happen today. The second method is much faster. Germany proved it in the 20th century. Essentially, it consists of three components: inflation, a special tax on private wealth, and debt relief.

ZEIT: So you’re telling us that the German Wirtschaftswunder [“economic miracle”] was based on the same kind of debt relief that we deny Greece today?

Piketty: Exactly. After the war ended in 1945, Germany’s debt amounted to over 200% of its GDP. Ten years later, little of that remained: public debt was less than 20% of GDP. Around the same time, France managed a similarly artful turnaround. We never would have managed this unbelievably fast reduction in debt through the fiscal discipline that we today recommend to Greece. Instead, both of our states employed the second method with the three components that I mentioned, including debt relief. Think about the London Debt Agreement of 1953, where 60% of German foreign debt was cancelled and its internal debts were restructured.

ZEIT: That happened because people recognised that the high reparations demanded of Germany after World War I were one of the causes of the Second World War. People wanted to forgive Germany’s sins this time!

Piketty: Nonsense! This had nothing to do with moral clarity; it was a rational political and economic decision. They correctly recognized that, after large crises that created huge debt loads, at some point people need to look toward the future. We cannot demand that new generations must pay for decades for the mistakes of their parents. The Greeks have, without a doubt, made big mistakes. Until 2009, the government in Athens forged its books. But despite this, the younger generation of Greeks carries no more responsibility for the mistakes of its elders than the younger generation of Germans did in the 1950s and 1960s. We need to look ahead. Europe was founded on debt forgiveness and investment in the future. Not on the idea of endless penance. We need to remember this.

ZEIT: The end of the Second World War was a breakdown of civilization. Europe was a killing field. Today is different.

Piketty: To deny the historical parallels to the postwar period would be wrong. Let’s think about the financial crisis of 2008/2009. This wasn’t just any crisis. It was the biggest financial crisis since 1929. So the comparison is quite valid. This is equally true for the Greek economy: between 2009 and 2015, its GDP has fallen by 25%. This is comparable to the recessions in Germany and France between 1929 and 1935.

ZEIT: Many Germans believe that the Greeks still have not recognized their mistakes and want to continue their free-spending ways.

Also read: Greeks Remain Proud and Defiant, but Daily Life is Quite Tough

Piketty: If we had told you Germans in the 1950s that you have not properly recognized your failures, you would still be repaying your debts. Luckily, we were more intelligent than that.

ZEIT: The German Minister of Finance, on the other hand, seems to believe that a Greek exit from the Eurozone could foster greater unity within Europe.

Piketty: If we start kicking states out, then the crisis of confidence in which the Eurozone finds itself today will only worsen. Financial markets will immediately turn on the next country. This would be the beginning of a long, drawn-out period of agony, in whose grasp we risk sacrificing Europe’s social model, its democracy, indeed its civilization on the altar of a conservative, irrational austerity policy.

ZEIT: Do you believe that we Germans aren’t generous enough?

Piketty: What are you talking about? Generous? Currently, Germany is profiting from Greece as it extends loans at comparatively high interest rates.

ZEIT: What solution would you suggest for this crisis?

Piketty: We need a conference on all of Europe’s debts, just like after World War II. A restructuring of all debt, not just in Greece but in several European countries, is inevitable. Just now, we’ve lost six months in the completely intransparent negotiations with Athens. The Eurogroup’s notion that Greece will reach a budgetary surplus of 4% of GDP and will pay back its debts within 30 to 40 years is still on the table. Allegedly, they will reach one percent surplus in 2015, then two percent in 2016, and three and a half percent in 2017. Completely ridiculous! This will never happen. Yet we keep postponing the necessary debate until the cows come home.

ZEIT: And what would happen after the major debt cuts?

Piketty: A new European institution would be required to determine the maximum allowable budget deficit in order to prevent the regrowth of debt. For example, this could be a commmittee in the European Parliament consisting of legislators from national parliaments. Budgetary decisions should not be off-limits to legislatures. To undermine European democracy, which is what Germany is doing today by insisting that states remain in penury under mechanisms that Berlin itself is muscling through, is a grievous mistake.

Piketty: This does not improve anything. If, in past years, decisions in Europe had been reached in more democratic ways, the current austerity policy in Europe would be less strict.

ZEIT: But no political party in France is participating. National sovereignty is considered holy.

Piketty: Indeed, in Germany many more people are entertaining thoughts of reestablishing European democracy, in contrast to France with its countless believers in sovereignty. What’s more, our president still portrays himself as a prisoner of the failed 2005 referendum on a European Constitution, which failed in France. François Hollande does not understand that a lot has changed because of the financial crisis. We have to overcome our own national egoism.

ZEIT: What sort of national egoism do you see in Germany?

Piketty: I think that Germany was greatly shaped by its reunification. It was long feared that it would lead to economic stagnation. But then reunification turned out to be a great success thanks to a functioning social safety net and an intact industrial sector. Meanwhile, Germany has become so proud of its success that it dispenses lectures to all other countries. This is a little infantile. Of course, I understand how important the successful reunification was to the personal history of Chancellor Angela Merkel. But now Germany has to rethink things. Otherwise, its position on the debt crisis will be a grave danger to Europe.

ZEIT: What advice do you have for the Chancellor?

Piketty: Those who want to chase Greece out of the Eurozone today will end up on the trash heap of history. If the Chancellor wants to secure her place in the history books, just like [Helmut] Kohl did during reunification, then she must forge a solution to the Greek question, including a debt conference where we can start with a clean slate. But with renewed, much stronger fiscal discipline.

This interview originally appeared in Die Zeit. The German original may be read here. English translation by Gavin Schalliol, an amateur rabble-rouser based in Hamburg, Germany.