The Plight of Cottonseed Workers Reveals Why Child Labour Persists

A new report shows that it is companies, not family farms, that employ most child labourers in the cottonseed industry – and recent amendments to the law might actually be aiding the practice 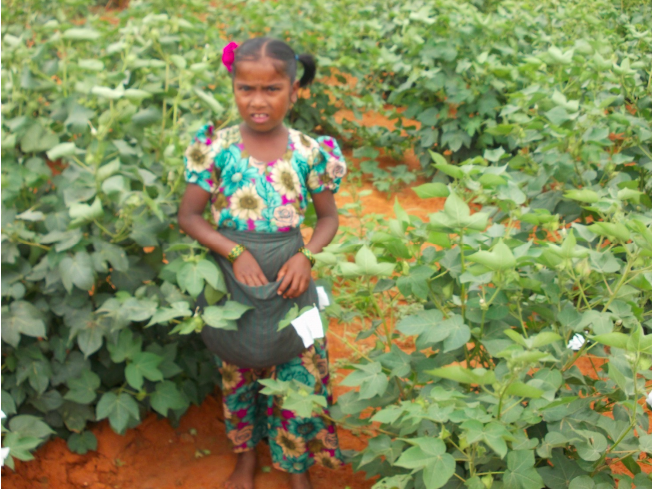 A recent study has revealed that nearly half a million children in India — the majority of them girls belonging to Dalit, adivasi and OBC families — are illegally engaged in producing the cottonseeds that forms the basis of our garment industry. Of which, more than 2,00,000 children are aged below 14. One of the findings is that, contrary to popular perception, the majority of these child workers are employed by companies, rather than in family farms owned by subsistence farmers.

The study, titled Cotton’s Forgotten Children and authored by Davuluri Venkateswarlu, Director, Glocal Research, Hyderabad, on behalf of the India Committee of the Netherlands, was based on a survey that covered 396 farms in 72 villages across the six main cottonseed producing states in the country – Karnataka, Andhra Pradesh, Telangana, Tamil Nadu, Rajasthan and Gujarat – which together account for 95% of the national production.

The massive increase in numbers are all the more startling given the common perception that awareness about child labour is growing and also that recent legislation is stringent enough to tackle it. In May 2015, the Government of India had amended the Child Labour Act to enforce a ban on the employment of all children below the age of 14. The punishment imposed on violators of the Act was also made harsher, with fines reaching up to Rs 50,000 and a three-year jail sentence.

However, the amendment was controversial for introducing certain caveats, which allowed children of this age group to be employed in family-run enterprises, sports or related activities after school and during vacations. The move was seen as a dilution of the law by groups working on child labour, including Nobel-winning activist Kailash Satyarthi, who expressed the fear that it could lead to misuse. The new report on child workers producing cottonseed on farms indicates that such fears may not have been unfounded. India is the second largest producer of cottonseed in the world after China, accounting for nearly 18% of the world’s cotton. With around 12 million hectares under cotton cultivation, India’s share accounts for 25% of the world area, with almost 95% of the country’s cottonseed production spread between the six states mentioned above.

No other industry in the country has such a large proportion of child workers, because the labour involved in hybrid cottonseed production is delicate, which in turn drives the demand for child labourers, especially young girls. The report shows that two-thirds of the child labourers employed in the industry are girls – the majority of them employed by local seed producers on a long-term contract basis through loans extended to their parents.

The report points out that most farmers of cottonseed prefer employing children also because they work longer hours and command wages that are much lower than that of adult labourers. Working hours range between 8 to 12 hours a day and the children risk exposure to harmful pesticides that are used to cultivate the cottonseed. Yet they are paid wages that are far lower than the prescribed minimum wage in most cases. The survey also found that most of the children engaged in such work are from poor Dalit, Adivasi or Other Backward Castes families, a majority of them school dropouts.

This employment practice is evidently a blatant violation of The Children (Pledging of Labour) Act 1933, The Bonded Labour System (Abolition) Act 1976, The Child Labour (Prohibition and Regulation) Act 1986 and The Right of Children to Free And Compulsory Education Act 2009. It also violates the International Labour Organisation’s convention’s regarding minimum age for admission to employment.

In recent years, due to increased demand for cotton and to reduce labour costs, cultivation has moved to more and more remote areas where small subsistence farmers that depend on their family for labour from the majority. This trend has been especially pronounced in Tamil Nadu and Gujarat.

This geographical shift has unfortunately helped perpetuate the myth that most of the children employed in cottonseed production are children of subsistence farmers who work on family farms, and are thus exempt from the law. However, the survey found that only 30% of child worker were employed on family farms, while the remaining 70% were hired or even trafficked from other states.

Further, the report has also pointed out that the incidence of child labour is higher on farms that are owned by Indian companies as MNCs have been under pressure by several international organisations to completely stop the practice of employing child labour. According to the report, companies such as Kaveri and Nuziveedu still contain 16.4% and 32.6% children as a percentage of their total workforce. This is especially significant considering that Indian companies control 50% of India’s cottonseed cultivating land. Furthermore, the wages paid to these workers, especially those involved in cross pollination- mostly women and children- are significantly below the state or zonal minimum wage rate.

The Minimum Wages Act 1948 in India guarantees payment of minimum wages to workers in different sectors, including the agriculture sector. The power to fix and revise minimum wage rates for different agricultural activities has been given to the state governments. Despite this, the prevailing wage rates for cross-pollination were found to be 46.5% below legal minimum wage rates in Karnataka, 9.4% in Andhra Pradesh, 25% in Telangana and 16.6% below in Gujarat.

India being the second largest cottonseed producer in the world, should be able to take better measures to bring about a sharper decline in child labour and reduce the disparity between the wages male and female labourers receive. But, as the new report on cottonseed workers underlines, the prevalence of child labour owes itself to structural factors. Until it is seen and acted upon as such, it is bound to remain intractable despite the attempts of several interventions by NGOs, state organisations and legislation.