The new policy fails to enact a balanced regime and instead is tilted in favour of rights-holders. 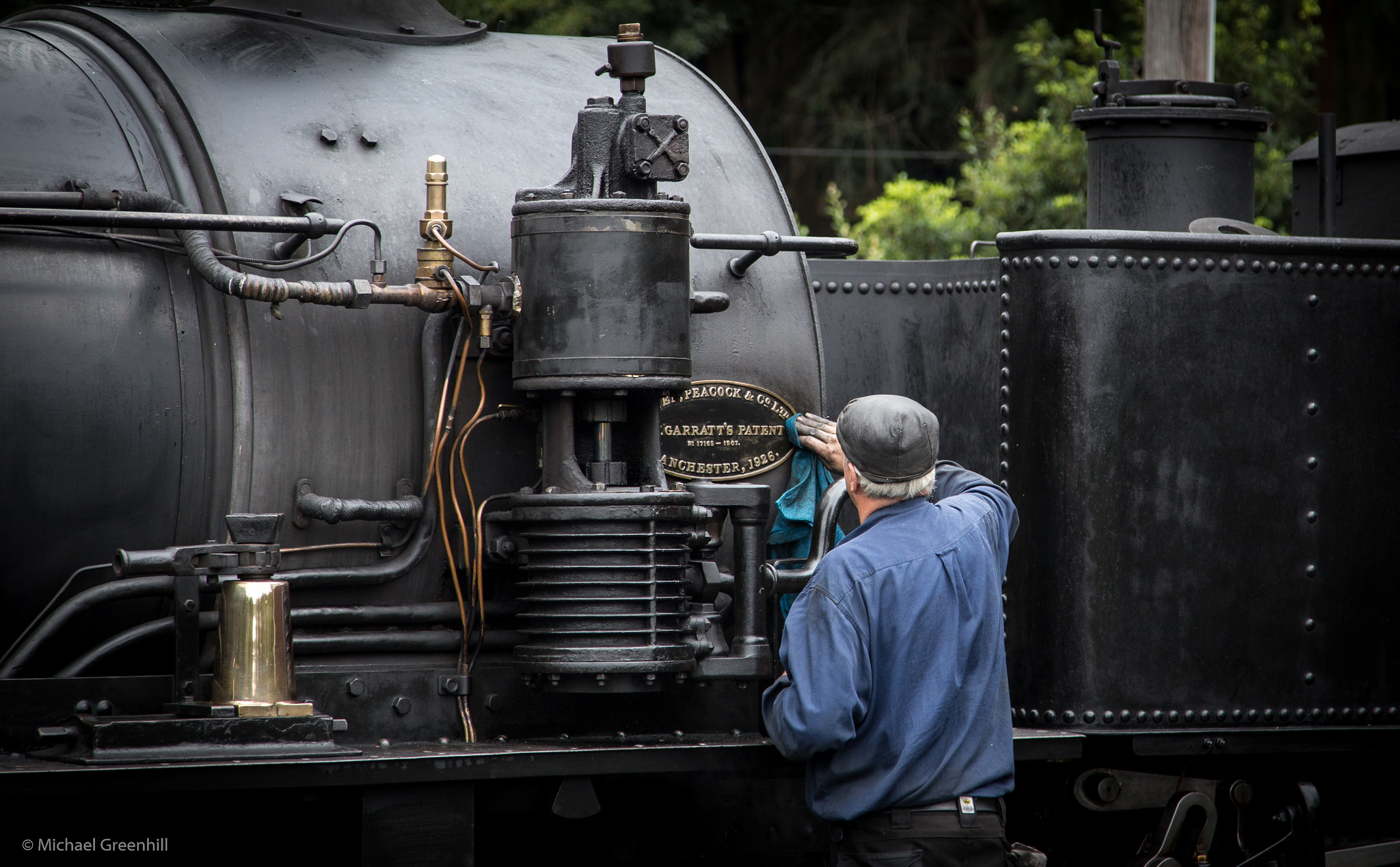 In November 2014, five national governments wrote to the Department of Industrial Policy and Promotion (DIPP) to inform the policy-making process of India’s first national intellectual property rights policy (IPR policy). The DIPP received 300 submissions from various other stakeholders, including NGOs and civil society, multinational companies, businesses and trade associations, cutting across various sectors. The policy-making process itself was marred by bizarre, unfair and unexplained steps such as the sudden disbanding of the first think tank put in charge for producing a draft policy, an opaque and long-drawn process of releasing a first draft, the leak of a near-complete final draft and no publication of responses (yet) of the 300 odd submissions that were made by stakeholders. Finally, the DIPP released the policy last week.

Despite the long and extensive drafting process, the policy is tilted in favour of right-holders, and places undue reliance on IPRs to stimulate innovation and growth. It obviously claims otherwise, but there are some fundamental flaws in the policy’s premise which render the DIPP’s claims meaningless. Delving briefly into the subject of IPRs, it is a matter of principle that a balanced intellectual property (IP) regime, i.e. a model that balances rights with adequate limitations/exceptions, contributes optimally to the holistic development and growth of the nation. Limitations or exceptions are flexibilities in the law, which cut down absolute monopoly conferred by IPRs, and ensure that use and sharing of knowledge for purposes such as research, education and access to medicines are not overridden by IP rightholders’ claims. The Trade-Related Aspects of Intellectual Property Rights agreement (TRIPS), which is the largest international agreement governing countries’ IPR regimes also promotes the use of these flexibilities to build balanced regimes. The policy does occasionally state its commitment to the TRIPS agreement and the Doha Declaration, but does not commit or spell out any new concrete steps. Thus, it fails to show any seriousness about upholding and promoting a ‘balanced’ regime – in stark comparison to the detailed and surgical manner in which it aims to raise awareness about IPRs and commercialise them.

Unfortunately for the policy, a myopic rationale captures the ambition of the document. The policy document states that, “The rationale… lies in the need to create awareness about the importance of IPRs as a marketable financial asset and economic tool.” As such, the policy fails to recognise the philosophy of welfare and balance embedded in IPRs: to ensure innovation, social, scientific and cultural progress and furtherance of access to knowledge. In all fairness, while the document pays a salutary tribute to objectives such as “achieve economic growth and socio-cultural development, while protecting public interest; also of advancing science and technology, arts and culture, traditional knowledge and biodiversity, transforming knowledge-owned into knowledge shared,” it never rises above its treatment of IPR as a tool to solely serve the interests of rights-holders.

The policy’s attempts to ‘create awareness’ about IPRs through massive outreach and promotion would perhaps be justified, if the singular aim was not the glorification of IPRs. This section implements several steps to induce positivity around IPRs in society to the extent of teaching young students about the benefits of IPRs, which is excessive. While I am of the opinion that awareness building may be important at research centres and industries, a lopsided rights-centric positive view of IPRs should not pass off for ‘awareness’. This is a dangerous view, and will only create a mad race to generate IP and acquire rights.

Unfortunately, it appears that the government is indeed on board with this. I say this because the lopsided view was endorsed by senior Indian Patent Office and DIPP officials at a recent national conference. It is likely that the idea to use the IPR policy as a tool for ‘IPR indoctrination’ to result in staggering IPR generation came to the Indian government from their Chinese counterparts. In 1995, China started conducting elaborate training of its officers, researchers and students to popularise a generation of IPRs and last year the country received 10 lakh patent filings – an international record. At the conference, the officials were in awe of the Chinese statistics, and they were confident of catching up in the next few years. This despite the fact that in China, the race to patent innovations has only led to a proliferation of low value innovations in high numbers. Less than 1% of China’s patents are of intermediate or high value. Thus, China despite its high patent filings shows only a weak innovative performance. Globally, there is enough evidence to show that there is no positive correlation between patent filings and cumulative innovative performance of a country.

Further, the policy in its bid to maximise IPR generation goes to the extent of encumbering public-funded research by IPRs. It suggests that R&D institutions and academia reward researchers based on the degree of IPR creation, which would obviously lead to IPR-driven research. Such an approach would mean that research on less profiteering sectors in terms of IPR revenues would be neglected. Is this how we want our fledgling research and development sector to shape up?

It is disappointing to see how the DIPP has used the policy to strengthen administrative, enforcement and adjudicatory mechanisms for only trade protectionist purposes. The policy is also in contrast with steps taken by other government departments to foster access to knowledge and openness in domains traditionally encumbered by various barriers, including IPRs. For instance, the Department of Biotechnology, Department of Science and Technology has adopted an open access policy applicable to all researchers – this policy ensures that all publications resulting from publicly funded research will be made freely accessible. The Ministry of Law and Justice is in the process of finalising a suitable licence to enable the distribution and sharing of government data. This policy seems at odds, therefore, with other commons-oriented approaches adopted within the government itself.

India’s generic drug industry has been a saviour for providing affordable drugs worldwide. The most critical provision to ensure a check on ‘evergreening’ of patents is section 3(d) of the Patents Act, 1970. This provision along with compulsory licensing mechanism has been regularly attacked by big pharma. However, the policy does not mention or affirm its commitment to using such tools effectively. Moreover, the policy also misses an opportunity to stress on enforcement of form 27 filings by patent-holders. Form 27 filings demonstrate if a patent is being ‘worked’ in a territory or not, and if it is not worked adequately, a third party can apply for a compulsory licence. Both the Indian Patent Office and patent holders have largely neglected providing form 27 in a timely manner. The policy also over-reaches in certain areas. It mandates the creation of a separate offence for illegal duplication of films – which is completely unwarranted and redundant. The creation of a new criminal penalty for what essentially is infringement and already punishable (under Indian Copyright Act, 1957) comes directly from lobbying by movie studios.

Finally, while it is laudable that the policy aims to step up the efficiency of all concerned IPR offices, there is little to suggest that the policy is capable of nurturing and protecting a balanced IP regime. The flawed assumption of a linkage between IPR generation and cumulative innovation underpins the document, which should have no place in any national IPR policy. It is common knowledge that India had been under pressure from western governments and industry lobbies to ‘strengthen’ its IPR regime to the likes of matured economies and societies. India, a fast developing country, could have secured its unique developmental needs through a more balanced and nuanced IPR policy. But the changes that have taken place will largely benefit a small fraction of the ecosystem, one with deep pockets and great power.

Anubha Sinha is a programme officer at CIS. She works primarily on the Pervasive Technologies Project, and on other issues involving intellectual property law and openness.