The India-Mauritius Tax Protocol: Using a Sledgehammer to Swat a Fly

The new protocol rewrites treaty provisions with a view to increasing India’s tax take on the noble pretext of tackling treaty abuse. 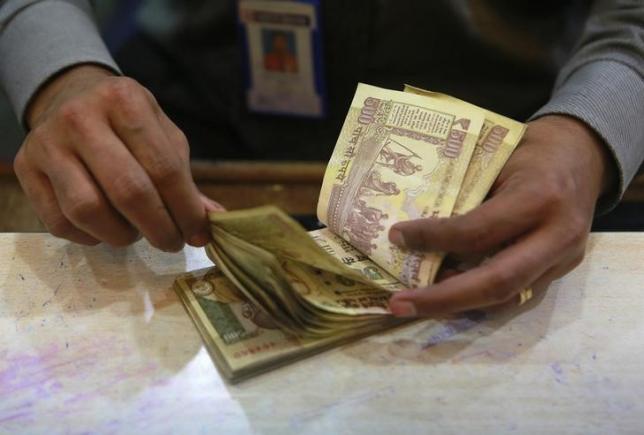 The sun has finally set on the decade-long negotiations between India and Mauritius over revising the terms of their tax treaty to prevent treaty shoppers and round trippers from claiming tax benefits meant only for those who are genuinely entitled to them. The negotiations resulted in a new protocol that amends article 13 of the treaty, on taxation of capital gains, by allocating the right to tax capital gains to the source country (with a reduced tax rate to apply during the transition period). The protocol also introduces a new limitation of benefits clause to limit abuse of the reduced rate during the transition period and expands the exchange of information clause to boost transparency in tax matters, among other changes.

According to a press release issued by the finance ministry on May 10, the protocol will “tackle the long-pending issues of treaty abuse and round tripping of funds attributed to the treaty, curb revenue loss, prevent double non-taxation, streamline the flow of investment and stimulate the flow the exchange of information between India and Mauritius”. While more detailed terms on exchange of information and assistance in collection of taxes will surely go a long way in brining the terms of the treaty in line with international standards on tax transparency, the government’s new-found need for amending Article 13 as a prerequisite to preventing treaty abuse is misplaced.

Let us go back in time a little. According to the erstwhile article 13(4), gains derived by residents of a treaty country from the alienation of any property (including shares) were taxable only in that country. So for instance, if company A, a resident in Mauritius, sold its shares in company B, an Indian company, then gains arising to company A from the sale of shares in company B were liable to be taxed only in Mauritius and not in India (subject of course to a valid certificate of residence). Now thanks to article 13(4) and the fact that Mauritius had (and continues to have) an effective capital gains tax rate of zero percent, a majority of the largest foreign incorporated corporations that invested in India over the last decade did so through Mauritius. Admittedly, some (not all) of these investments were made with the sole purpose of taking advantage of the capital gains exemption, while riding on the lenient residency requirements as they then were in Mauritius.

Mauritius’ zero-rate tax policy, employed for whatever considerations, went unquestioned in India for many years partly because the so-called “Mauritius route” became a guaranteed, recurrent source of investment inflows into India, but mainly because levying taxes is an exercise of sovereign power and India had no jurisdiction to dictate to Mauritius the terms of its domestic tax policy. It was only when the government realised that the provisions of the treaty were being abused to evade Indian taxes that it felt the need to renegotiate the terms of the treaty with Mauritius. The need was compelling not just because third-country residents were abusing the treaty by interposing shell entities in Mauritius, but also (and more politically sensitive) because certain Indian residents were round-tripping their funds into India in the guise of foreign direct investment.

The treaty, as it stood, did not provide any in-built anti-abuse rules to prevent treaty shopping or round tripping. And understandably, the Indian courts, bound by the principle of pacta sunt servanda (agreements must be kept), were quick to dismiss unfounded claims of treaty abuse and rightly so. It is no coincidence that judges who were confronted with this issue continually aired in favour of the taxpayer – right from Azadi Bachao Andolan (2003) to Vodafone (2012, although in Vodafone the court did take a bold stand on tax fraud),= and more recently in Serco BPO Pvt Ltd (2015). In all these cases, the judges categorically ruled that anti-abuse provisions cannot be read into the provisions of the treaty and that it is for the parliament (and not for the courts) to take adequate legislative measures to plug loopholes that allow treaty shopping. Clearly, it was time that both governments sat down and devised terms to prevent treaty abuse. The OECD’s BEPS project, which contains specific recommendations on how treaty abuse can be minimised, if not entirely prevented (see BEPS action 6), came handy in getting Mauritius to the negotiating table.

Fast-forward and what we have today is a protocol that rewrites treaty provisions with a view to increasing India’s tax take on the noble pretext of tackling treaty abuse. Of course, the change was finalised by both countries in exercise of their sovereign powers, but the problem of treaty abuse could have been easily solved by introducing special anti-avoidance rules in the treaty without India having to tax capital gains. After all, the negotiations between the two countries began not because Mauritius offered a favourable tax regime but because the treaty did not contain proper mechanisms in place to ensure that benefits were restricted only to those companies that carried out substantial economic activities in Mauritius. In fact, whether Mauritius taxes gain or not is something that falls purely in its own municipal domain and has little to do with the treaty or its abuse. What India and Mauritius, as contracting states, needed to merely ensure was that the provisions of the treaty (including article 13(4)) are implemented in the way they are intended to be. Nothing more, nothing less.

The OECD in its frequently asked questions and answers on the BEPS project explained that “every jurisdiction is free to set up its own corporate tax system as it chooses. States have the sovereignty to implement tax measures that raise revenues to pay for the expenditures they deem necessary”. The sovereign right of a country to adopt tax measures that it thinks fit for itself cannot of course be limited to setting up of corporate tax rates but extends to tax policies of all kinds, including the right to decide whether or not to tax capital gains at all or to tax it at a lower rate. The OECD aptly continues to explain that “no or low taxation is not per se a cause of concern unless it is associated with practices that artificially segregate taxable income from the activities that generate it. In other words, tax policy concerns arise when there are gaps in the interaction of different tax systems or when, the application of bilateral tax treaties allows income from cross-border activities to go untaxed”.

Of all aggressive tax planning arrangements that give rise to base erosion and profit shifting, treaty shopping is the least significant and the easiest to tackle. With respect to the India/Mauritius tax treaty, the problem of treaty shopping could have been solved by a strongly-worded limitation of benefits clause (perhaps in line with the model provision recommended under BEPS action 6) that targets abusive arrangements in general and not arrangements aimed at benefiting from article 13(4) in particular. The general anti-avoidance rule (GAAR) in the Income Tax Act, once implemented, would in any event deny benefits to taxpayers entering into “impermissible avoidance arrangements” not otherwise covered under the limitation of benefits clause (whether or not GAAR can override treaty provisions is a different debate). Instead, what we have as a result of the protocol is a poorly-drafted limitation of benefits clause that blindly aims at giving effect to an abrupt, wanton allocation of taxing rights totally oblivious of the context and demands of the treaty relationship between the two countries.

Not only that, it is unusual for a treaty as controversial as this one, to not implement the minimum standard recommended by the OECD in its final report on BEPS action 6, that is, an express statement in the preamble of the treaty along lines that “the treaty intends to eliminate double taxation without creating opportunities for non-taxation or reduced taxation through tax evasion or avoidance, including though treaty shopping arrangements”. Such a change must be carried out in other treaties with low tax countries too. Besides, it is not clear from the revisions to article 13 if the new capital gains tax regime applies only to shares or also to derivatives and other securities, leaving ample room for uncertainty, increased treaty disputes and lengthy mutual agreement procedure cases.

Sadly, even after many years of negotiations, the countries have failed to draw the much-needed balance between facilitating mutual trade and investment, and preventing treaty abuse. That said, the protocol must be welcomed for it gives teeth to the exchange of information clause set out in article 26 of the treaty. With the change, the Indian tax authority may request information from Mauritius if it is “foreseeably relevant” – instead of the erstwhile onerous requirement of the information being “necessary” – for carrying out the provisions of the treaty. Besides, the new article imposes a duty on the requested country to use its information gathering measures to obtain the requested information even though it may not need such information for its own tax purposes or may not have any domestic interest in such information. There is now a greater scope, however, for both countries to engage in fishing expeditions and risk confidential information exchanged under the treaty (as we saw in Switzerland’s case) but that is for time to decide.

Ashish Goel is a LLM in International Tax Law from King’s College London. He tweets about transfer pricing and international tax developments at @ashish_nujs