Switzerland, the US, HK and Singapore the Most 'Black Money Friendly' Countries

'The United States’s hypocritical stance of seeking to protect itself against foreign tax havens while preserving itself as a tax haven for residents of other countries needs to be countered,' says new global report 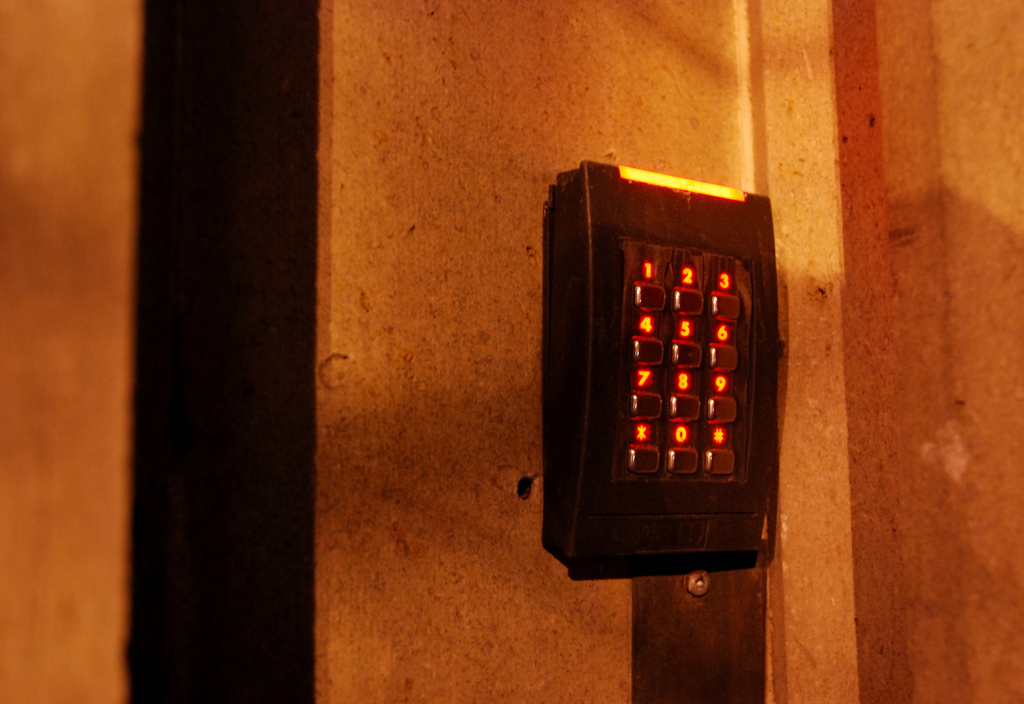 Geneva: As India gears up to prevent tax evasion and plug loopholes within its borders so as to raise tax revenues, it hardly helps that some of its closest economic partners – including the United States, Hong Kong, Singapore and Switzerland – top the list of the world’s most non-transparent jurisdictions for hosting financial activities shrouded in secrecy.

According to the 2015 Financial Secrecy Index – a comprehensive survey on global financial secrecy – just released by the Tax Justice Network, Switzerland ranks number one, followed by Hong Kong and the US. Others such as the Cayman Islands, Luxembourg, Lebanon, Germany, Bahrain and Dubai feature in the top 10 of the index that includes more than 90 other jurisdictions.

According to the Tax Justice Network (TJN), the 2015 Financial Secrecy Index is the biggest ever survey of global financial secrecy. The index combines a secrecy score with a weighting to rank secrecy jurisdictions and countries that most actively promote secrecy in global finance. The goal of the index is to assess how much damage is each secrecy jurisdiction responsible for, by providing offshore financial services in combination with a lack of transparency.

The TJN defines a secrecy jurisdiction as one that provides facilities that enable people or entities to escape or undermine the laws, rules and regulations of other jurisdictions elsewhere, using secrecy as a prime tool.

How the financial secrecy index is calculated

The Financial Secrecy Index (FSI) combines qualitative data and quantitative data to arrive at a measure that indicates how much each jurisdiction contributes to the global problem of financial secrecy.

There are two components of the index: a secrecy score and a global scale weighting. The secrecy score is cubed and the weighting is cube-rooted before being multiplied to produce an Index which ranks secrecy jurisdictions according to their degree of secrecy and the scale of their trade in international financial services, TJN explains.

The secrecy score for each jurisdiction is based on the qualitative data which includes laws, regulations, cooperation with information exchange processes and other verifiable data sources.

Secrecy jurisdictions with the highest secrecy scores are more opaque in the operations they host, less engaged in information sharing with other national authorities and less compliant with international norms relating to combating money-laundering. “Lack of transparency and unwillingness to engage in effective information exchange makes a secrecy jurisdiction a more attractive location for routing illicit financial flows and for concealing criminal and corrupt activities”, TJN says.

Further, quantitative data is then used to create a global scale weighting, for each jurisdiction, according to its share of offshore financial services activity in the global total. Jurisdictions with the largest weighting are those that play the biggest role in the market for financial services offered to non-residents.

A jurisdiction with a large share of the offshore finance market and a high degree of opacity, may receive the same overall ranking as a smaller jurisdiction that is even more secretive, according to TJN. This is because, the ranking not only reflects information about which are the most secretive jurisdictions, but also the question of scale (i.e. the extent to which a jurisdiction’s secrecy is likely to have global impact).

This could, for example, also explain why Switzerland continues to remain on top. Financial services in Switzerland make up more than 10% of its GDP. And the total banking assets are 460% of the Swiss GDP, one of the highest in the world.

The network, one of the most active campaigners for tax justice worldwide, developed a set of 15 verifiable indicators (key financial secrecy indicators, or KFSI) which allow an assessment of the degree to which the legal and regulatory systems (or their absence) of a country contribute to the secrecy that enables illicit financial flows. Taken together, these indicators result in one compound secrecy score allocated to each jurisdiction.

These 15 indicators are categorised under four broad areas:

What the 2015 FSI rankings tell us

While the 2015 index has registered an improvement in global financial transparency, “the US is now the country of greatest concern,” TJN said in a statement. Europe is leading with reforms, but developing countries are reaping few benefits, it said.

Among the positives, automatic information exchange is being pushed by the OECD, the European Union is making efforts to investigate shell companies to establish central registers that will map beneficial owners, and multinational corporations are being pressured to provide country-by-country financial data, TJN said. However, most of the benefits from these initiatives will benefit OECD countries more than developing countries.

It also points out that “secrecy-related financial activity risks being shifted to other areas such as the all-important trusts sector, where no serious action is being taken, and shell companies, where many secrecy jurisdictions such as Dubai, the British Virgin Islands or Nevada in the US are refusing to open up.” The UK has been “playing a powerful blocking role to protect its huge, slippery and dangerous trusts sector, probably the biggest hole in the entire global transparency agenda,” according to TJN. The US rose up the rankings compared to 2013, has made a few concessions but poses serious threats to emerging transparency initiatives. It is one of the few whose secrecy score worsened after 2013. Washington has not signed up for the OECD’s Common Reporting Standard – a multilateral system of automatic information exchange. The US says it will implement its own programme, the Foreign Account Tax Compliance Act (FATCA). The FATCA agreement – signed by 73 jurisdictions as of June 2015 – requires financial institutions to disclose information on American nationals and entities to the US Internal Revenue Service. Though some intergovernmental agreements are not reciprocal, the one with with India is, so the IRS can share information about Indian residents with assets in the US.

“The United States’s hypocritical stance of seeking to protect itself against foreign tax havens while preserving itself as a tax haven for residents of other countries needs to be countered,” the TJN noted.

Reuven S Avi-Yonah, professor of law and director of the international tax LLM program at the University of Michigan Law School, told The Wire in an email, “The Obama Administration has gone much further than its predecessors in ensuring it has the information to share. US banks are now required to collect data on payments to non-residents and those can be shared. Although, it may still be hard to identify the beneficial owner.”

John Christensen, Executive Director of the TJN, said, “The United States dealt global financial secrecy a devastating blow by forcing strongholds such as Switzerland to open up. But after this blistering start in efforts to protect itself, it is backsliding by failing to provide information in the other direction: refusing to participate directly in global transparency initiatives such as the multilateral automatic information exchange and, inexcusably, lobbying to block public country-by-country corporate reporting. The US must finally overcome its historically rooted opposition to reasonable tax data sharing with its trade and investment partners.”

The US has been the most successful in putting pressure on Switzerland to clean up its act by aggressively targeting Swiss banks.

The “grandfather of tax havens”, Switzerland continues to top the index with a score of 73. “Swiss banking secrecy is far from dead, though [the country] has curbed its secrecy somewhat,” TJN said in a statement.

According to TJN’s survey, while Switzerland partly curtails banking secrecy, it does not disclose or prevent trusts and private foundations. It does not maintain company ownership details in official records and company accounts are not required to be available on public record. It does not require public country-by-country financial reporting by companies. Switzerland partly allows harmful legal vehicles.

Switzerland partly complies with international anti-money laundering standards, and partly participates in automatic information exchange. As of May 31, 2015, Switzerland had less than 53 tax information sharing agreements complying with basic OECD requirements. The country has ratified less than five of the most relevant international treaties relating to financial transparency.

“Switzerland is committed to all global standards on tax transparency and will apply them in time. This has not been taken into account in this index”, said Mario Tuor, Head of Communications, State Secretariat for International Financial Matters, of the Swiss government in Bern. “The methodology of the secrecy index is a secret for us,”, he added.

Experts at TJN have said that external pressure against Switzerland to clean up its act is more effective when directed against its banks. It also takes note of Switzerland aggressive pursuit of whistle blowers in the banking system.

Mark Herkenrath, Director, Alliance Sud, said, “Switzerland has a very long and prominent history of banking secrecy, which makes it particularly vulnerable to international criticism. Moreover, it has served as a safe haven for almost all possible types of illicit financial flows, from dictators’ stolen assets to untaxed corporate profits to untaxed individual savings. Together with its geographical proximity to the European Union, Switzerland’s role as a multi-purpose secrecy jurisdiction has put the country in the centre of international attention.”

While Switzerland has committed itself to the OECD’s global-level Common Reporting Standard (CRS) of automatic information exchange, it will start implementing this only in 2018, later than many. Switzerland has made it clear that it will be selective about which countries it will share information with, according to TJN. It also draws attention to Swiss secret bankers “shifting their focus away from OECD countries towards building market share in some of the world’s more vulnerable and badly governed developing countries.”

Asia has its own tax havens closer home. Of particular concern to India are Hong Kong and Singapore. Hong Kong is ranked second on the index. TJN says Hong Kong has not signed up to automatic information exchange and has a problematic record on corporate transparency. In addition, unlike European countries, it is not keen on country-by-country reporting or on creating registers of beneficial ownership. “China’s control over Hong Kong has shielded it from global transparency initiatives, and it still allows owners of bearer shares – vehicles for some of the world’s worst criminal activities – to remain unidentified”, TJN said in a statement about Hong Kong.

Singapore, is in the top five on the index with similar practices. However, Singapore has probably been somewhat more serious than Hong Kong in terms of seeking to enforce its own laws and curtailing some of its worst excesses, TJN said.

Queries seeking comment from authorities in Singapore and Hong Kong were unanswered by the time this story was published.

Among other jurisdictions, TJN also raised concerns about jurisdictions like Dubai and the Bahamas which are looking for exclusions and loopholes. On the UK, the TJN says that “While its own secrecy is moderate, its global network of secrecy jurisdictions – the Crown Dependencies and Overseas Territories – still operate in deep secrecy and have, for instance, not cooperated in creating public registers of beneficial ownership. The UK has failed to address this effectively, though it has the power to do so.”