Suresh Prabhu to Piyush Goyal: What's the Way Forward for Trade and Industry?

Piyush Goyal is aware that the trade portfolio is at the heart of the economy and a key part of creating jobs both in urban and rural areas. 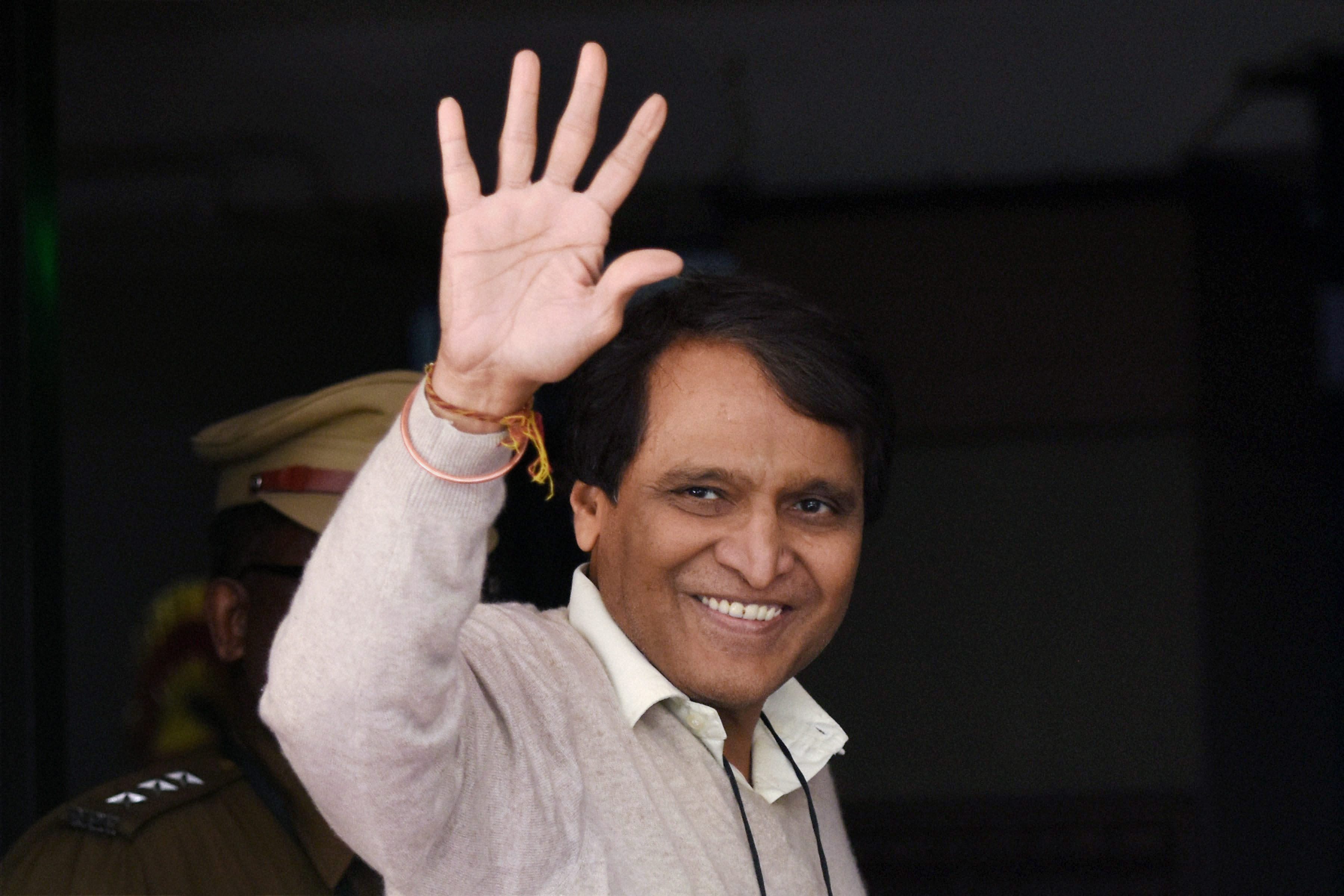 The decision to drop former commerce and industry minister Suresh Prabhu from the new Union cabinet is inexplicable. He was thought of as one of the more hard-working ministers of the first Modi government.

A few others have also been dropped, and some non-performers have been retained. One does not know why. As usual, many rumours are making the rounds.

While some sectors of industry, trade and civil aviation under Prabhu’s charge have not done as well as they could have, it is difficult to place the blame solely on his shoulders. External factors, internal incoherence and vested interests did not allow the desired results.

All Central ministries and state governments are aware of the resolution to make India a $10 trillion economy by 2030. This means adding nearly $7 trillion to our economy over the next decade, a challenging but not impossible task.

The NITI Aayog has prepared action plans for the first three years, then seven years. It will have another long-term plan to show what has to be done to achieve this goal.

The Modi 2.0 administration will have to be stronger on reforms given the huge mandate – it has no choice but to provide economic security to India’s teeming poor. India needs a sustained growth rate of 8-9% over the next two decades. To ensure that, many things have to be done with vigour and rigour. Modi will have to channel China’s Deng Xiaoping, who pulled the country out of the pits in 1970s and 80s.

In this quest, trade and industry has a vital role, and Piyush Goyal has proven credentials as a minister to take it forward.

Exports play an important role in economic development, which is not to say that ‘exports are good and imports are bad’. Imports are necessary for both exports and for consumer welfare. Today, two-thirds of international trade is through value chains, where India is weak. Being a part of a value chain means we need to import to add value and then export. Some of these value-chain operations would mean technological work and some would mean manual work.

In fact, exports of labour intensive goods and services (including tourism) help create jobs, our great priority to eradicate poverty. Our exports, including tourist arrivals, have been coming down which is a cause for concern. We need not rely upon our traditional markets but explore new markets. For this purpose we need a mission approach through an inter-ministerial agency with representation from states.

As we stand today, the US-China trade war opens up new opportunities for our trade and investment goals. We need to target both American and  Chinese enterprises to invest in India which can help them to access global markets.

For this purpose we need to identify and target such enterprises on a mission mode. For ease of trade relations, we should also push the Regional Comprehensive Economic Partnership Agreement which includes China, and also launch a mission to attract Chinese tourists (both Buddhists and others) to India as they reduce their travel to the US. Today, Chinese tourists are expanding rapidly.

India also need to look at a free trade agreement with the US as a desirable possibility. The American economy is doing well on a consistent basis and is a big market for us. We also have a common resolve to raise the bilateral trade from the current $147 billion to $500 billion by 2025. In this effort, we need a stronger economic diplomacy which can fortunately be provided by our competent new foreign minister, K. Jaishankar who has dealt with both US and China hands on.

In recent times, India’s foreign direct investment (FDI) inflows have been going down, but the steps suggested above can help improve the scenario. If this progresses, then domestic private investment flows will also improve.

Of course, most banks remain wary due to NPAs, but it is here that the Finance Ministry and the RBI have to be more imaginative so we can move forward.

Another dynamic minister, now in charge of Finance and Corporate Affairs, Nirmala Sitharaman, will also be very useful. Her experience in defence, where India is inviting investment in local manufacturing, will also help push the agenda. For example, Lockheed Martin’s offer to manufacture F-21s exclusively in India and export them from here is a good opportunity.

The big agenda for Piyush Goyal will need sustained effort from many government departments.

In this context, there are pressing macro issues as well. The Modi government needs to bring in convergence between our industrial policy, trade policy and competition policy so that India becomes more competitive.

Ease of doing business is crucial and India should not be taking the World Bank’s rankings as our sign of progress. Our experience on the ground is quite different. One of the worst indicators is on enforcement of contracts, i.e. judicial delays or incompetence. Specialised commercial courts have been established but the judges need training on microeconomics so that they adjudicate sensibly, and swiftly.

Many of the Supreme Court’s orders have caused havoc in the economy. They could have been handled differently, penalising the wrongdoers but not upsetting the larger ecosystem.

Much is possible if attention is given to state capacity to implement. Administrative reforms to allow bureaucrats to work as executives, coupled with lateral entry and exit, is vital to improve our states’ capacity. Accountability has to be tightened, and promotions happen on merit. More than half of our problems happen due to bureaucratic ineptitude or insouciance.

Finally, the need to build state capacity to be able to implement various initiatives in a ‘whole of government approach’ by demolishing the siloes.

For this purpose, the Cabinet Committee on Economic Affairs, chaired by the Prime Minister, should be turned into an actual empowered body, with the Niti Aayog  providing it the knowledge and oversight support.