On Social Progress, the 2017 Budget Has More Questions Than Answers

Expenditure announced does not seem to have any connection to what has worked (or not) in the past. 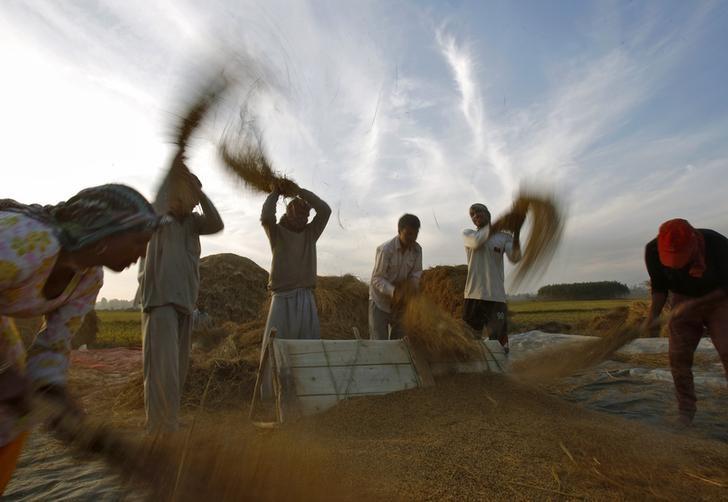 This is the first in a two-part series on analysing the announcements made in the finance minister’s Budget presentation on February 1.

India’s Budget for 2017-18 remained one of the most awaited budget presentations in recent decades (perhaps since the historic 1991 Budget), where finance minister Arun Jaitley started by underlining the current government’s efforts in putting India on a “transformative mode” through a series of reforms initiated over the last three years.

In recent articles on the possible scenarios for Budget 2017, I emphasised the need for this year’s Budget to do more by increasing fiscal outlays on the social progress side of development while widening the tax base through a reduction in direct and indirect tax bases. While some of the measures announced and discussed here do indicate steps in ensuring the latter objective, the former presents a mixed, perplexing picture.

While discussing the “success” of demonetisation, an implicit assumption made by the finance minister in his speech requires further scrutiny. While emphasising on the need for demonetisation in seeking to create a new “normal”, Jaitley argued its case for a “bigger, cleaner and real” GDP that somehow eliminates corruption, black money, counterfeit currency and terror funding.

It is hard to imagine how hardly any evidence has been presented by the government to support any of the above claims made by the finance minister today and cited since the first day of the demonetisation announcement. By quoting Mahatma Gandhi in saying “A right cause never fails,” the minister belittled the catastrophic dent to India’s informal sector (in areas of agriculture, construction sector and so on, where most of the labour force is employed) as an “obvious disruption” with a “transient impact”. In this dynamics of hope vs reality, there is still a wide divergence within the sphere of evidence available from the short-run impact of demonetisation.

While it is true that an increased rate of remonetisation and a higher consumption demand may stabilise the growth prospects of the Indian economy in the near future, however, the ability of a sudden shock like demonetisation in structurally eradicating corruption-creating forces or reducing black money concentration remains a big answered question (discussed in an earlier article).

In case of the agricultural sector (discussed under the theme of ‘farmers’ in the finance minister’s speech), one would have expected a clearer, detailed roadmap for farmers who suffered the most from demonetisation. That required an improvement of existing bottlenecks in seeking adequate credit through more targeted intervention from the finance minister, as against an announcement for increase in outlays under existing schemes. Schemes (say the issue of soil health cards, the Fasal Bima Yojana and so on) for which the impact, in terms of increasing the overall social security of farmers, has remained marginal.

The minister did announce an overall increase in rural spending within the agricultural sector, but its relation with agricultural outcomes remains weak. One could have perhaps expected a clearly drawn out policy roadmap in the direction of identifying outcomes for agrarian states, possibly monitored and evaluated under an institutional framework administered directly by the central government that can ensure in bridging such an outlay/outcome gap.

In the theme of rural areas, the announcements made on increasing outlay provisions for MNREGA, e-National Agricultural Market and an ambiguous programme called “human resource reforms for results” for implementing developmental programmes at the panchayat level presented a rhetorical note rather than reflect a decision made based on some kind of actual impact assessment done from previously allocated spending.

For instance, MNREGA’s ability to provide employment to those in rural areas in evidence is hardly linked with a complimentary process of upward income or social mobility that allows people registered under MNREGA to gain the requisite skills or increase their labour productivity levels over time, which further increases their real income. Announcing a mere increase in MNREGA outlay from Rs 38,500 crore to Rs 48,000 crore is based on the hope that an increase spending on MNREGA will necessarily double farmer income. The use of space technology announced by the finance minister for MNREGA planning may be a welcome announcement, but we have no idea how that helps in achieving objectives.

Similarly, an announcement of expanding the e-NAM framework (without providing details on its operational dynamics) as a way of correcting structural fault lines in India’s under-performing agricultural sector and the commodity markets raises more questions on the state of market reforms in the agriculture sector, which remains marred under a top-down blanket approach with little evidence of success in the past.

In an area like education and skill development, the finance minister ensured a consistency in announcing a number of perplexing new schemes and measures like STRIVE (Skill Strengthening for Industrial Value Enhancement), SANKALP (Skill Acquisition and Knowledge Awareness for Livelihood Promotion Programme) and a National Testing Agency for conducting all entrance examinations for higher education institutions without giving any clear rationale on how they may actually improve the exacerbating skill gap in India, in spite of the existing skill development programmes in place (discussed in an article before).

In the area of primary education, the announcement of introducing a system of measuring annual learning outcomes in schools is welcome but again presupposes that the existing state of infrastructure and human resource pool in the primary education space across India is capable of ensuring a transparent, robust process of learning outcome assessments and also acting upon it.

A similar approach was evident from the announcements made in the healthcare segment, where the primary focus still seems to be in announcing a couple of AIIMS hospitals and pushing for more foreign and domestic private investment into the sector (without listing any incentives); as against tackling the major issue of ensuring easy access to primary healthcare coverage across urban, semi-urban and rural areas.

To conclude, on the social progress end, the Budget announcement of a mere increase in outlays over existing schemes and programmes in rural areas, embedded in an hope of instigating any structural agricultural reform, correct for the skill gap or ensure access to quality primary education and healthcare reflects a disappointing picture. The outlays announced with a complete disregard to outcomes achieved from the previous Budget announcements reflects a structural weakness in the current and overall Budget formulation and management process in India.