As Roberto Azevêdo Jumps Ship from WTO to Pepsi, What Legacy Does he Leave Behind?

Azevedo has claimed success on issues like a Trade Facilitation Agreement aimed to cut through delays in trade. But on his watch, the WTO also failed to conclude the Doha Development Agenda. 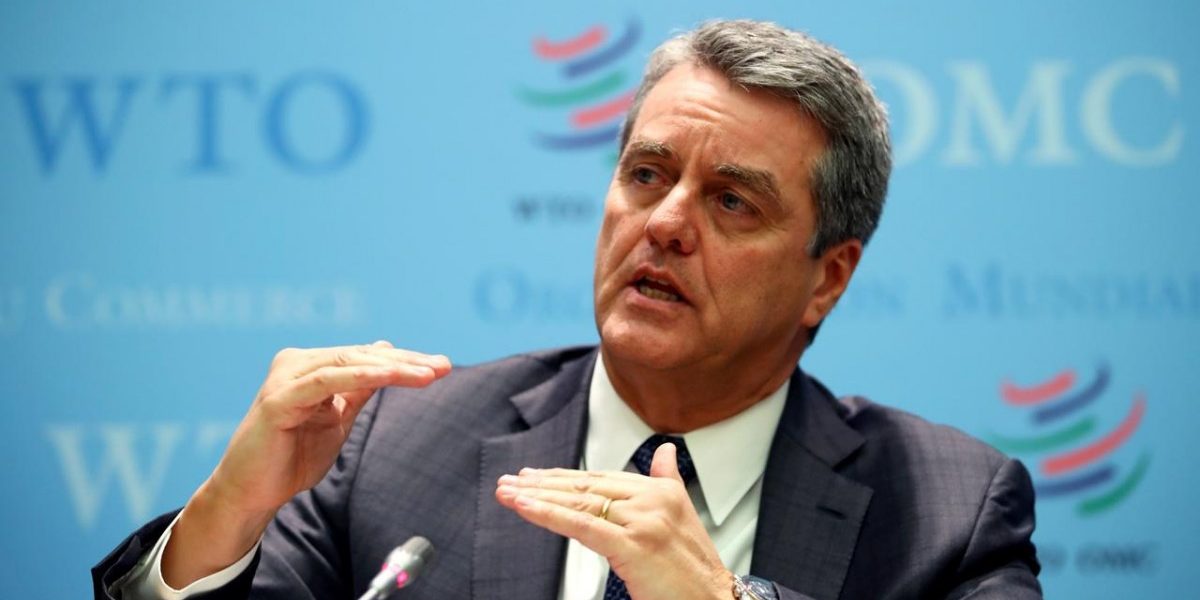 After acting as the custodian for the 164-member inter-governmental trade organisation for the past seven years, one would think it wouldn’t be that easy to go from trying to straighten a sinking ship to working for a profit-making multinational company that produces sugary drinks.

WTO members had no inkling, not even remotely, that their director general had set his sights on serving the American soft drinks and foods behemoth.

In fact, member countries were perplexed when Azevêdo announced his decision to leave the organisation earlier this year. After all, his second term, which began in September 2017, will only expire in August 2021. It was not clear why Azevêdo chose to leave the WTO at this critical juncture when his services are most needed.

Azevêdo’s decision also comes at a time when the US has placed before members a make-or-break unilateral trade agenda of reforms to accomplish at the WTO’s 12th ministerial conference in Nur Sultan (the capital of Kazakhstan) next year.

Uncle Sam’s agenda would require the WTO members to settle for a new round of trade negotiations to harmonise their import tariffs with what Washington levies on goods. It wants WTO members like China, India, Indonesia and South Africa, among others, to give up their self-declared status for availing special and differential treatment despite worsening income and developmental disparities that came into the light during the current COVID-19 health crisis.

Azevêdo, however, averred that his decision to step down is personal.

“…a personal decision — a family decision — and I am convinced that this decision serves the best interests of this Organization,” the statement read.

He said his decision is neither health-related, nor for pursuing any political opportunities. “I hope the future holds new challenges in store, but as of right now, I do not know what they will be,” Azevêdo stated.

On August 19, Azevêdo’s “new challenges” became public with the grand announcement by the PepsiCo. The company announced that he would act as executive vice president and chief corporate affairs officer effective from September 1 onwards. In his new role, according to the announcement, Azevêdo would oversee PepsiCo’s external engagement efforts with national and international governments, regulators, international organisations and non-governmental stakeholders.

“We are thrilled to welcome Roberto who brings valuable political skills and technical knowledge of the complex social, political, and regulatory announcements impacting multinational corporations like PepsiCo,” said PepsiCo Chairman and CEO, Ramon Laguarta  The PepsiCo chief and Azevêdo apparently lived in the same street in Geneva before Laguarta took over two years ago. 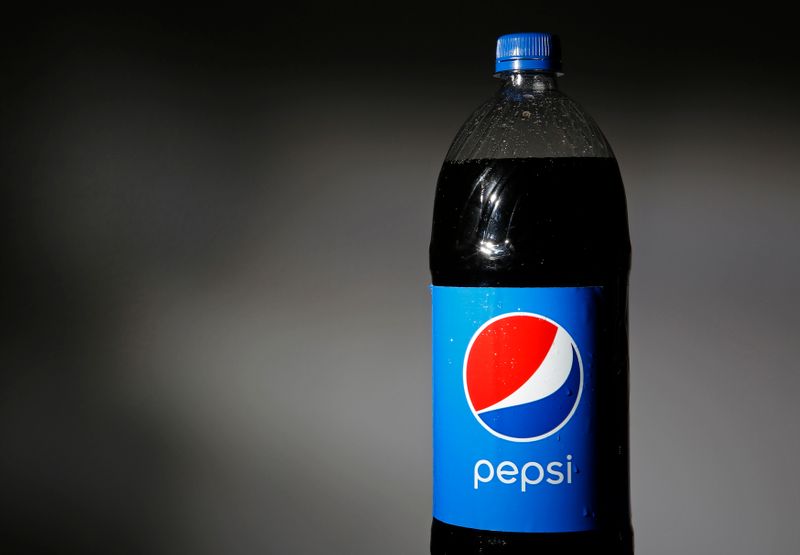 A bottle of Pepsi is seen in this illustrative photo. Photo: Reuters/Jim Young

So, in a matter of 24 hours, i.e. from August 31 to September 1, Azevêdo would leave his multilateral baggage to shoulder the Pepsio Co’s “impactful changes” amid the COVID-19 pandemic. “The company is committed to impactful changes and I’m really convinced I can help accelerate those changes,” Azevêdo told the Financial Times on August 19.

Such an expeditious shift – from a multilateral trade organisation serving the trade-related interests of 164 members, to a profit-making trans-national corporation – has naturally raised questions of conflict of interests. Trade envoys, who spoke to this writer, said they were dismayed at Azevêdo’s decision to promote Pepsi, Doritos crisps and Tropicana juice.  They added that he should have ideally informed members about his decision to join the PepsiCo in his farewell speech on May 14 so that members would have assessed his priorities well.

“This is his reward for destroying DDA (Doha Development Agenda),” said one person, who asked not to be quoted, suggesting that on his watch the Doha multilateral round of trade negotiations for pursuing a development agenda to remove the historical inequities in global trade, and the Appellate Body were almost eliminated.

“His credibility will suffer among the members but he probably does not care!”, said another person who served the WTO Secretariat.

Of course, along with his Pepsi emoluments, Azevêdo will also secure his huge pension from the WTO, at a time when the world is drowned in the worst inequalities that have been further exacerbated by the COVID-19 pandemic.

Nonetheless, Azevêdo has also notched some significant outcomes during his seven-year term. For example, he repeatedly claimed that he delivered the first multilateral trade agreement on trade facilitation since the establishment of the WTO in 1995. He also wanted the world to acknowledge that he delivered an agreement on export subsidies in 2015.

Barring these two outcomes, the damage that is done to the WTO on his watch is incalculable. To get a peek into his career, one must start with his stint as a counselor in  the Brazilian mission attached to the WTO in 1997. In 11 years, he rose to become Brasilia’s trade envoy during 2008.

The Dilma Rousseff government of Workers Party had solidly backed Azevêdo by ensuring his millions of dollars of global-trotting campaign by providing a special aircraft to visit each and every country.

India played a crucial role in his effective campaign, ensuing support from the developing countries. The developing counties trusted Azevedo that he would enable the WTO to address the core developmental issues in the global trading system.  During the hard-fought contest with seven other candidates, including serving trade ministers, Azevêdo scored a major victory.

Also, given the role played by Brazil under the leadership of Celso Amorim in establishing the G-20 coalition for pursuing the development priorities of developing countries, Azevêdo gained considerable support among his colleagues in Geneva.

In the face of fierce opposition from the US to the December 2008 draft modalities, which suggested credible reduction commitments in tariffs and trade-distorting farm subsidies, Azevêdo maintained that they (the modalities) remain as the “basis for negotiations and represent the end-game in terms of the landing zones of ambition”.

Ironically, Azevêdo had actually remained sceptical about the possibility of harvesting the trade facilitation agreement, which he had accomplished as the WTO’s sixth DG. “For Brazil and many others, this (trade facilitation) is not a self-balancing issue,” Azevêdo said at the informal head of delegations meeting of the general council on June 7, 2012.

“Stand-alone outcomes for trade facilitation are simply not realistic,” he said. “If we want to advance in this, or in any other area actually, we must be sensitive to the need to also make progress in areas of interest to others.”

On the disputes front, Azevêdo won a major trade dispute Brazil against the US over the billions of dollars of subsidies provided by Washington to its cotton formers in 2005. Surprisingly, after securing the victory, Azevêdo had settled for a framework agreement that let Washington off the hook. The US bought its way out of this dispute, without having to reform its subsidies, by paying a lump sum of $300 million while Brazil forfeited $829 million in WTO-mandated sanctions against US goods and services.

More importantly, there was a sea change in his priorities during run-up to the WTO’s ninth ministerial conference in Bali, Indonesia, in December 2013. In the run-up to the meeting, It became as clear as daylight that the director general’s first priority was to satisfy Washington’s demands while ignoring the real developmental issues raised by the developing countries.

Issues raised by the developing and poorest countries in agriculture, industrial goods, services, and special and differential flexibilities in the Doha Development Agenda (DDA) were set aside because of opposition from Uncle Sam.

He devised a new norm in the trade negotiations: remain silent on issues where Washington has spoken its mind—whether it is blocking a sitting judge of the Appellate Body from getting a second term or electrocuting the DDA to pursue only those areas that advance the US’ goals.

Ironically, Azevêdo’s proclivities to the US were brought into the open during the final hours of the WTO’s ninth ministerial meeting in Bali, Indonesia, in December, 2013. The Cuban deputy minister for trade and investment Ilean Barbara Nunez Mordoche had created a major storm at the meeting on the American embargo on Cuban goods that caused a huge barrier for trade facilitation. She refused to negotiate with Azevedo on the ground that he was an alleged US agent. The former Indonesian trade minister Gita Wirjawan had to intervene to break the impasse.

After Bali, the WTO’s tenth ministerial conference in Nairobi, Kenya, in December 2015, set the ground for paralyzing the Doha Development Agenda negotiations at the behest of the US and other industrialized countries. Here again Azevêdo was understood to have played a crucial role in advancing a new narrative for undermining the multilateral Doha round of trade negotiations, to fulfill the American agenda.

“We recognise that many Members reaffirm the Doha Development Agenda, and the Declarations and Decisions adopted at Doha and at the Ministerial Conferences held since then, and reaffirm their full commitment to conclude the DDA on that basis.  Other Members do not reaffirm the Doha mandates, as they believe new approaches are necessary to achieve meaningful outcomes in multilateral negotiations. Members have different views on how to address the negotiations. We acknowledge the strong legal structure of this Organization.”

Effectively, it put paid to the continuation of the unfinished Doha trade negotiations.

However, it is possible that Azevêdo may have realised that it is almost impossible for him to deliver the US’ reform agenda during the WTO’s 12th ministerial conference that is set to take place in Nur Sultan, Kazakhstan, in June 2021. He knows it for certain that he can’t upset Washington, which is dead opposed to restoration of the Appellate Body – the fulcrum of the two-stage dispute settlement system at the WTO. Last December, the US almost put the Appellate Body to bed after repeatedly blocking the selection process for filling six vacancies at the AB.

In a signed article on “How to Set World Trade Straight” in the Wall Street Journal on August 20, the US trade representative Ambassador Robert Lighthizer further elaborated on the five commandments of the Trump administration. They include 1) need to agree on baseline tariff rates that apply to all, with minimal exceptions, 2) need to end the free trade agreement land grab, 3) countries with large or advanced economies (China, India, Indonesia, South Africa, and Argentina among others) should not have access  to special and differential treatment, 4) WTO needs new rules to stop economic distortions that flow from China’s state capitalism (Washington is currently one of the biggest state capitalists with huge investments in the pharmaceutical sector and Kodak Inc to produce generic drugs), and 5) the WTO’s two stage dispute settlement process to be replaced with commercial arbitration, “in which ad hoc tribunals are impaneled and resolve particular disputes in an expeditious manner.”

In short, Azevêdo must have realised that it would be difficult to serve the trade body when Washington is now set on a destructive course. So, why not instead serve in the corporate sector with his accumulated knowledge of the past seven years when he freely interacted with leaders and trade ministers for a public purpose?