With Thaler's Nobel Win, Behavioural Economics Has Officially Made Its Way Into the Mainstream

Richard Thaler was involved in several of the experimental studies that pointed to the pervasive presence of behavioural biases, which eventually forced the discipline to change how it models economic agents. 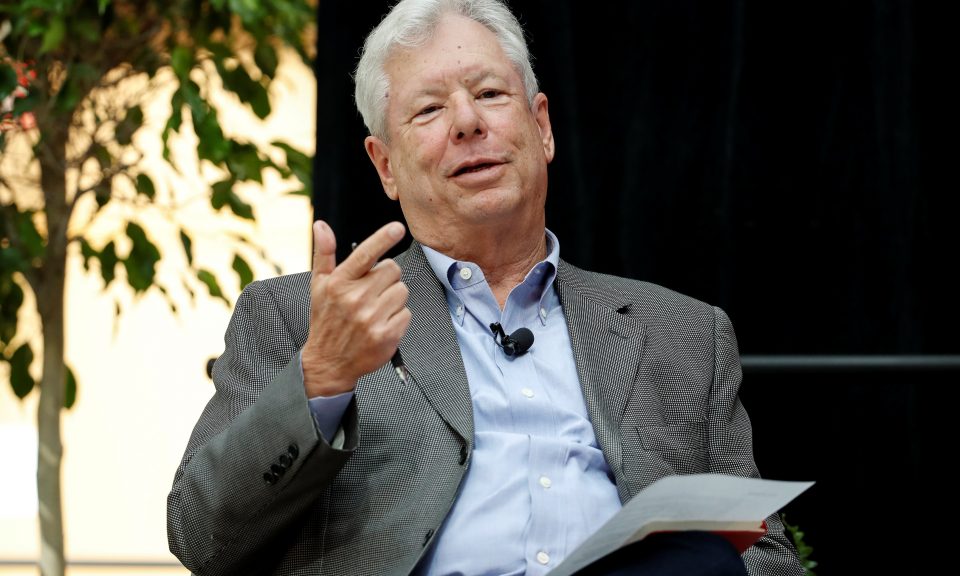 In the academic world, the ultimate turf war is not over coveted professional awards and positions, or even the pages of prestigious journals. It is over coverage in textbooks. As Paul Samuelson once said, “I don’t care who writes a nation’s laws – or crafts its advanced treaties – if I can write its economics textbooks.”

When I started my academic career at the University of Chicago in the late nineties, I used to teach microeconomics to undergraduates. The assigned textbook was Intermediate Microeconomics by Hal Varian, then in its fourth edition. Most of the book covered standard topics like consumer and producer behaviour, market equilibrium and departures from the perfect competition paradigm, such as monopoly and aspects of public economics. None of these topics had changed much in content or style in almost half a century. Newer areas such as game theory, information economics and auction theory had just earned their chapters. Behavioural economics had no chapter of its own at the time. A field that questioned the assumption of rational economic agents – a basic cornerstone of economics – was viewed as a bit strange, pursued by eccentrics, subversives or visionaries, depending on one’s perspective.

Richard Thaler had just joined Chicago but was appointed in the business school, and not the economics department, the ultimate centre of orthodoxy in economics. The general attitude there towards Thaler’s specialisation ranged from indulgent scepticism (yes, we need to engage with a whole range of ideas, however outlandish they may be) to downright dismissiveness (if people are not rational, markets will discipline them or they will not survive).

Fast forward 20 years. Thaler just won the Nobel Prize for Economics, thereby swelling further the already bulging ranks of Chicago economists who are laureates. After hearing the news, I picked up the latest edition of that microeconomics textbook by Varian. The ninth edition has a chapter on behavioural economics. The field has officially arrived. As Thaler quips in the book Misbehaving, with his election as the president of the American Economic Association in 2015, the lunatics were finally running the asylum. Or, the rebels are now very much part of the establishment, and are en route to becoming the establishment some day.

As has been noted, the term “behavioural” economics is a bit confusing. After all, the basic building block of economics is human behaviour, as much as it is atoms, chemical compounds, or cells for the natural sciences. The goal of behavioural economics is to highlight certain systematic biases that affect economic decision-making.

For example, we are often subject to temptations that our wiser self knows is not going to be good for us – procrastination, having junk food, avoiding exercise, or smoking. As in Tintin comic books, our “bad” self (devil Snowy) entices us to do things that our good self (angel Snowy) exhorts us not to do. Thaler refers to these as the “doer” and the “planner,” respectively. At the same time, he argues that we can often anticipate behavioural biases and use methods to prevent us from succumbing to them, like Odysseus tying himself to the mast to resist the temptation of the Sirens. This could be savings or pension schemes that have penalties for early withdrawal, or making it harder to reach the shelves with unhealthy food in school canteens or grocery stores or membership schemes in the gym where customers agree to pay more if they miss their scheduled workouts.

Also read: Modinomics and Behavioural Economics Are Two Sides of the Same Coin

Why did mainstream economics ignore these behavioural biases? After all, we all know that to err is human. Even Adam Smith was well aware of some of these follies and fallibilities. In his classic Wealth of Nations (1759) he wrote: “How many people ruin themselves by laying out money on trinkets of frivolous utility? … All their pockets are stuffed with little conveniences … of which the whole utility is certainly not worth the fatigue of bearing the burden.” Yet, the rational economic agent in economic models, often referred to as homo economicus (or, econs, to follow Thaler, to be distinguished from humans) is assumed not to have any biases, and to possess unlimited cognitive power to figure out what’s best for him or her, the discipline to implement these optimal decisions, and very little concern for anything much beyond his or her own narrow well-being. In other words, neither a nice nor a particularly interesting person to know, but a formidable one to reckon with in the marketplace, whether as a consumer, investor or worker.

Economists were well aware that this was a very narrow notion of how humans behave, but it had the advantage of simplicity and predictability. As much as a map is an abstract and stylised depiction of geographic space, which is not realistic but useful for certain purposes, economic models are bound to be stylised and simplified to have any traction at explaining anything.

So what changed? Decades of empirical work – often in the laboratory and more recently in field experiments, and motivated by insights from psychology – eventually made it impossible to shrug off behavioural biases as either minor departures from the standard paradigm that didn’t significantly alter the main predictions or as isolated wrinkles that were always ironed out by market discipline. Empirical studies pointing to the persistent and pervasive presence of these biases eventually forced the discipline to change how it models economic agents.

Not only was Thaler involved in many of these experimental studies, he also was a leader in drawing from psychology to provide theoretical models for analysing systematic biases that shape economic decision-making. Other than his work on self-control, his theory of the “endowment effect,” referring to people’s tendency to value something more just because they own them, deserves special mention.

Thaler has not only been a pioneer in pushing behavioural economics in both empirical and theoretical directions, he has also been working tirelessly in promoting a policy agenda whose key focus is to “nudge” people toward making better choices in the face of behavioural biases. There are now “nudge” units in the US and the UK, and also within the World Bank, that study how public policy can be improved by taking into account limited cognitive capacity as well as self-control problems of individuals. One simple but important innovation is how default options are defined in pension or savings plans. Rather than leaving it to the individual to enroll in a specific plan, which often leads to delays and losses, people are often enrolled by default in a basic scheme, which they can change later if they want to.

Some have argued that nudging is part of a “neo-liberal” agenda that supports authoritarian policies such as demonetisation, referring to a loose remark Thaler made praising demonetisation, and quickly corrected. By that logic, though, shouldn’t we criticise post-modernists for the post-truth world, or Marxists for the horrors of socialist regimes in Eastern Europe and East Asia? As much as Thaler’s remark and subsequent mea culpa is a perfect example of a behavioural bias of shooting off the hip, making a mountain out of a molehill is another.

How important are nudges and behavioural biases in the larger scheme of things? Many studies in the context of developing countries highlight the importance of taking behavioural biases into account in tackling poverty. The poor may or may not be more prone to behavioural biases than anyone else, but given that they live on the margins of subsistence, the stakes are much higher for them. For instance, small farmers often receive a large cash windfall after the harvest and may wish to save that money for the lean period or for purchasing inputs such as fertiliser for the next crop cycle but often end up spending it in the absence of good savings options.

An experimental study in Malawi showed how a savings account can solve the problem. When offered no savings account, a normal savings account, and a commitment savings account that locked up the money until a certain date in the future, farmers were observed to save the most with the third option, which led to greater purchase of agricultural inputs in the next period, and higher earnings after the next harvest. There is no question in economics more important than why poverty persists, and behavioural biases in the form of self-control problems may provide an important clue to this.

Thaler’s work will thus be remembered for making the economics discipline focus on how people actually behave, and how economic institutions actually work as opposed to a priori ideas about how they are supposed to behave in a computer-game-like world of ruthlessly self-seeking robots operating in perfectly competitive markets.

Maitreesh Ghatak is Professor of Economics at the London School of Economics. He tweets @maitreesh.