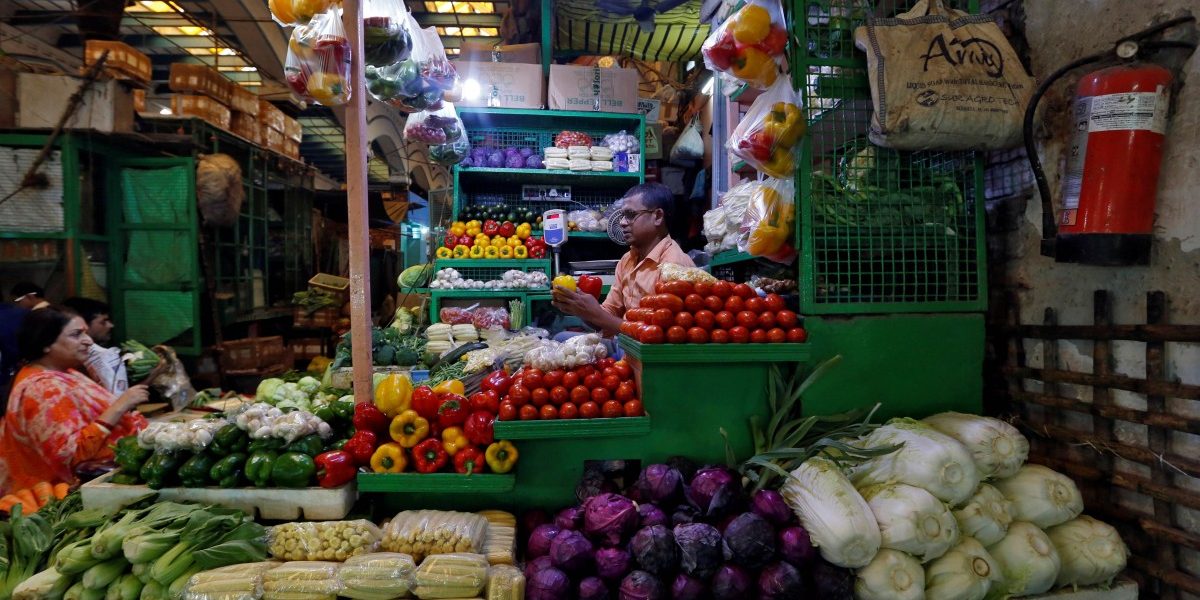 New Delhi: India’s retail inflation jumped to 7.35% in December 2019, primarily on the back of rising food prices and increased telecom tariffs, according to official data released on Monday evening.

The rise in consumer inflation is also higher than the Bloomberg and Reuters poll of over 50 economists, both of which had predicted a rate of 6.7% and 6.2% respectively. It appears that CPI (consumer price index) inflation has now breached the upper-end of the central bank’s MPC inflation target band (2%-6%) for the first time since July 2016.

Government data however shows that ‘core inflation’ – a metric that excludes generally volatile components like food and energy – came in only at 3.7%, a slight increase from last year.

The retail inflation jump came mostly from the rise in prices of vegetables. As the table below shows, the ‘vegetables’ inflation rate surged to 60.5% in December 2019 as against 35.99% in November 2019.

Watch | Economic Situation Is ‘Very Bad, Could Get a Lot Worse’: Pronab Sen

The prices of onion – an important food item in many Indian households – also contributed to the uptick in food inflation. Unseasonal weather, which experts say may have been brought on by climate change, have fuelled the rise in price of onions from March 2019.

“The upcoming budget in February would be closely watched out for fiscal stance and sector-specific actions. Even so, our estimates suggest inflation will likely remain above 6.5% in 4QFY20 and could constrain a rate cut in February,” financial services firm Edelweiss said in a statement.

The central bank will make its next interest rate decision on February 6, a few days after finance minister Nirmala Sitharaman presents the Union Budget.

“The headline CPI number of 7.35% y/y in December 19 was slightly above our expectation in the vicinity of 7%, owing to higher inflation in food and transport & communication. The latter should be reflecting the recent increase in mobile telephone charges, although the historical correlation of increase in ARPU with CPI has been weak,”  said Sreejith Balasubramanian, Economist – Fund Management, IDFC AMC on the latest CPI data.

“The path of CPI in the March quarter would be defined by the extent of unwind in vegetable (primarily onion) prices, but rising price of pulses needs to watched too. Notwithstanding the marginal rise in Core CPI in Dec19, we expect it to continue to stay soft (3.7% y/y in Dec19 vs. 5.7% in Dec18) given benign demand conditions.  We also believe the RBI could pause in its upcoming February meeting given the headline number in January will most likely continue to stay above target. However, weak demand conditions have kept core-CPI and rural wages soft, second round effect of the food-supply shock on wages is unlikely and the RBI has rightly reiterated space for future monetary policy action,” Balasubramanian added.