Remembering Samir Amin, Who Dedicated Himself to Overcoming Capitalism

The anti-imperialist scholar was very critical of the models of development and of the institutional structures of nation-states in developing countries that slavishly imitated the West, which he felt enabled colonialism to easily transmogrify into neo-colonialism. 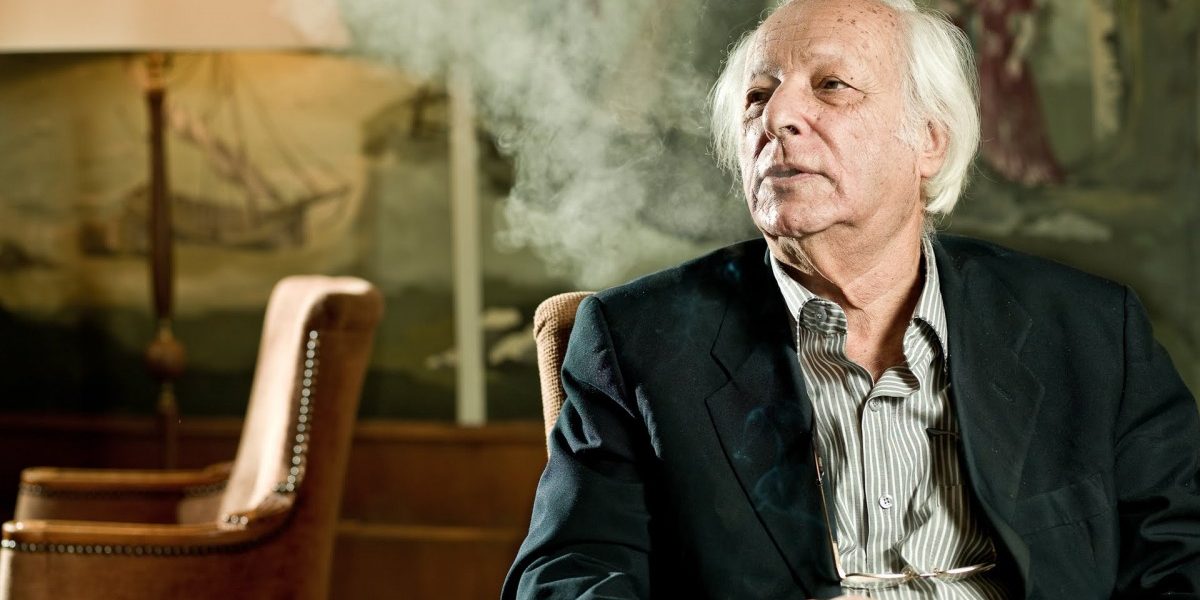 Samir Amin (September 3, 1931-August 12, 2018) was a visionary: someone with his own very strong ideas of what the future should be like, and consumed by the need to mobilise people to work for bringing about such a future. The desirable (though not inevitable) future for him was that of socialism, which required the defeat of imperialism and the overcoming of capitalism. The intense enthusiasm with which he sought to pursue that vision, to the very end of his immensely productive life, was at once obsessive, beguiling and infectious.

Amin was born in 1931 of Egyptian and French parentage, and was brought up in Port Said in Egypt, but his subsequent education and his own inclinations made him much more cosmopolitan, truly a citizen of the world – or rather of the Third World. Indeed, he self-identified as an African scholar of political economy and was hugely devoted to encouraging and developing rigorous intellectual life in that continent.

His early professional experiences were clearly crucial in developing that orientation. Already in secondary school he considered himself a communist, and he was a member of the French Communist Party as a student in Paris in the 1950s. His PhD thesis in Paris in 1957 was on the origins of underdevelopment, presenting the germ of ideas that subsequently were elaborated in his magnum opus Accumulation on a World Scale that was first published in 1970. He returned to Cairo to work as a research officer in the Office of Economic Management of the Egyptian government, but the anti-communism that marked the Nasser regime at that time drove him to exile, followed by a stint in Mali working for that country’s government.

Thereafter, he was mostly based in Dakar, Senegal – first in the UN’s Institut Africain de Développement Economique et de Planification, of which he became the director in 1970, and then as the director of the Forum du Tiers Monde (Third World Forum) that he set up in 1980. He was instrumental in setting up the Council for the Development of Social Science Research in Africa (Codesria), which has become the main vehicle of social science research and analysis in the continent and currently has more than 4,000 active members.

Such activity reflected his pan-Africanism, which was an essential and abiding part of his personality and his intellectual leanings. But he did not see this as a simplistic celebration of one homogenised “African culture”, which in any case he recognised as a false construct. In a moving tribute, the young Tanzanian social scientist Natasha Issa Shivji has pointed out that Amin argued for pan-Africanism as “a project of the oppressed of Africa against imperialism and its compradors… as a political project from below, as a class project in defence of the peasantry and the working people and an anti-imperialist project birthed from the nationalist movements.” 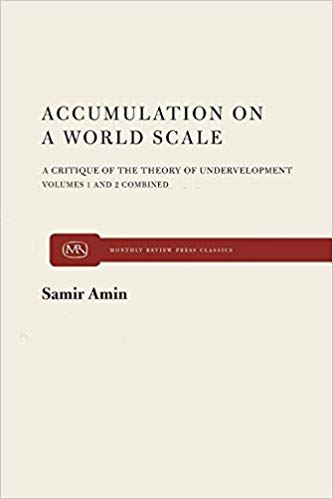 Amin had a sharp intellect and little patience for academic dissemblers, whom he saw through easily. He had an appropriately cynical attitude to mainstream economics, which he saw as little more than a discourse “to legitimise the unrestricted predations of capital,” and dismissed the claims of economics to being a pure science as little more than “magic and witchcraft”. His own analytical framework was that of Marxian political economy, of which he developed his own specifically anti-imperialist variant that presumed the existence of unequal exchange between North and South, that systematically impoverishes the South in various ways.

So for Amin, capitalism, which was always a global system, was critically dependent on the polarisation between centre and periphery, and the logic of capital accumulation was such that the periphery could never catch up with the centre. Thus Amin became one of the most celebrated proponents of “dependency theory”, which he developed in several books such as Accumulation on a World Scale; Eurocentrism; and Imperialism and Unequal Development. According to him (as elaborated in his book Capitalism in the Age of Globalization, London: Zed Books, 1997), the fundamentally unequal relationship between centre and periphery is characterised by the five monopolies which reproduce global capitalism.

The way to combat this is through “delinking” – an idea he developed in a book of the same title in 1990. He did not view this as a simple reversion to autarky in trade or isolationism. Rather, he saw “delinking” as “the refusal to subject the national development strategy to the imperatives of worldwide expansion”, based on rejecting the dictates of the centre with regard to economic policies that ultimately benefit the centre rather than the periphery in which they are deployed. The requirement of delinking extended from specific policies to institutional structures that formed the very basis of social and political existence in the countries of the periphery. Thus, Amin was very critical of the models of development and of the institutional structures of nation-states in developing countries that slavishly imitated the West, which he felt enabled colonialism to easily transmogrify into neo-colonialism.

Delinking requires politically bold governments with sufficient mass support, which would have the confidence to reject strategies based on static comparative advantage and break the stranglehold of comprador interests over state policy. In addition to domestic political economy forces in support of this, it also requires much greater South-South co-operation, which should be based on economic relations that avoided reproducing relations of exploitation that characterised interactions between the capitalist core and periphery. It also requires strengthening the co-operation between progressive forces across North and South.

An offshoot of this is the urge to a multipolar world – so Amin very much welcomed the emergence of new powers and the waning of US global power. He was optimistic enough to believe that as the world system fragments and comes apart, there would be greater possibilities for his much-anticipated revolt of the working classes of the North against capitalism itself.

However, he was also shrewd enough to realise that multipolarity does not necessarily represent a decline in imperialist tendencies or in traditional centre-periphery relations of hierarchy and domination. In a fairly complex but nonetheless sweeping analysis (The Law of Worldwide Value, New York: Monthly Review Press, 2010), he identified six global classes of significance: (1) the imperialist bourgeoisie at the centre or core, to which accrues most of the global economic surplus value; (2) the proletariat at the centre, which earlier benefited from being a labour aristocracy that could enjoy real wage increases broadly in line with labour productivity, but which was now more threatened and experiencing falling wage shares and more insecure employment conditions; (3) the dependent bourgeoisie of the periphery, which exists in what he saw as an essentially comprador relationship with multinational capital based in the core; (4) the proletariat of the periphery, which is subject to super-exploitation, and for whom there is a huge disconnect between wages and actual productivity because of unequal exchange; (5) the peasantries of the periphery, who also suffer similarly, and are oppressed in dual manner by pre-capitalist and capitalist forms of production; and (6) the oppressive classes of the non-capitalist modes (such as traditional oligarchs, warlords and power brokers).

This obviously creates an extremely complex set of struggles and alliances. And it means that even relations between economies in the peripheries would not always necessarily display the characteristics of working class and peasant solidarity that he hoped for.

Indeed, the possibilities of such complexity were increasingly recognised by Amir when it came to the role of religious fundamentalism as a supposedly anti-imperialist expression. While anti-imperialism was his deepest and most abiding characteristic, he was also ruthless in his critique of religious fundamentalist movements. He was a vehement opponent of the Muslim Brotherhood in Egypt, criticising them sharply not only for their revanchist religious dogma with its socially regressive implications, but also because he believed that in economic terms they would apply the same neoliberal policies that the centre typically wanted to impose on peripheral countries. He even supported the military coup in Egypt – to the dismay of many of his friends and fellow-travellers – because of his deep opposition to both the politics and economics represented by such groups, and he felt strongly that they could never be part of a truly emancipatory movement.

These are strong views, and Amir always expressed them forcefully. But he was also a man of great personal charm, able to connect to people across the world of different backgrounds and ages, with little recognition of conventional hierarchies of age, achievement or experience. And his tenacity and untiring commitment were unbelievable. Even a few weeks before his death, I and many others among his friends and comrades across the world received emails from him reiterating the need for a new International and insisting on enlisting us for this cause, with demands for clear commitments with regard to time and output. He brought his formidable intellect and persuasive powers to this with so much energy that we were shamed into compliance, promising to take this forward. So we cannot even begin to say farewell, Amir, until we have done at least some of what we promised you.