Worried about the impact of the trade negotiations, a consortium of civil groups called the People’s Resistance Forum has asked for the talks to be called off. 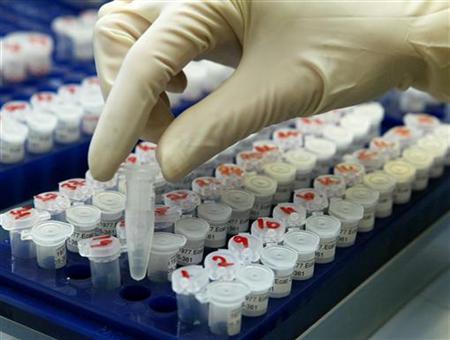 Civil society organisations boycotted the first and only stakeholder consultation of the Regional Comprehensive Economic Partnership (RCEP) that India is hosting in Hyderabad. Calling the consultation with the government a “sham”, they said it was neither meaningful nor inclusive of the majority of stakeholders. They are also asking for the trade agreement to be debated in the ongoing session of parliament.

The RCEP is a 16-member free trade agreement (FTA) consisting of the ten ASEAN member states – Brunei, Cambodia, Indonesia, Laos, Malaysia, Myanmar, the Philippines, Singapore, Thailand and Vietnam – and the six countries with which the regional grouping has FTAs – Australia, China, India, Japan, South Korea and New Zealand. Formal negotiations began in 2012, and India is currently hosting the 19th round of talks. Last year, in Manila, the ten Southeast Asian countries resolved to “uphold ASEAN centrality”.

The RCEP is expected to have a wide ranging impact on various sectors, from agriculture to e-commerce. As a result, it has drawn opposition from various quarters, with people saying that the burden will be on developing countries, efforts for which are being exerted by the developed countries in RCEP – such as Japan and South Korea. Some stakeholders are opposing restrictive patents that can impact seeds and Indian farming. This will also impact Indian pharmaceuticals, as India is the largest generic drug producer in the world. Others are opposing strong arm efforts by countries like New Zealand to push their dairy products through into India. Considerable interest has been on an e-commerce chapter being developed in the RCEP.

The forum has been asking for more transparency and accountability in the talks, as the rounds have been closed and the negotiating texts have been kept secret. “Not only should the texts be made public, but they need to be stripped of the legalese and technical language and made clear in a language that can be understood by the affected people – including translation to local languages,” said the forum in a statement. The only drafts of the talks have come from leaked documents.

The forum has taken an absolute position citing previous experiences with free trade agreements, calling for the talks to be called off. “The onus is on the RCEP negotiators to engage meaningfully in this debate or face wholesale opposition,” they say.

Shalini Bhutani, legal researcher on international trade issues, was one of those who chose not to register for the consultation. She says, “I was in Hyderabad in 2012 when it hosted talks for the Convention on Biological Diversity, which is a multilateral treaty. At that time, the city celebrated that it was hosting such a major event and there was publicity starting at the airport. This time around, RCEP has happened in such silence with such little public awareness. And Telangana currently tops the rankings for ease of doing business and is used to host events. Yet no one would know RCEP was happening here.”

Over 600 activists from around the country and the region had gathered to protest the closed door negotiations. Given that India is hosting the talks, stakeholders were hoping that it might be their opportunity to being heard on home-turf. “In other rounds of talks, some of the host countries had organised informal meeting sessions between stakeholders and negotiators. This indicates an openness to public concerns on a treaty that’s going to affect the lives of the public,” says Bhutani. Members of the forum feel that consultations do not reverse the direction in which RCEP is headed.

This year also marks the 50th anniversary of ASEAN and the negotiations were expected to conclude this year. The next round of talks is due in September, however that is a ministerial round and significant decisions are likely to be announced.