While the government claims it “will bring healthcare system closer to the homes of people,” it hopes to do this through the private sector, not by strengthening the public health system. 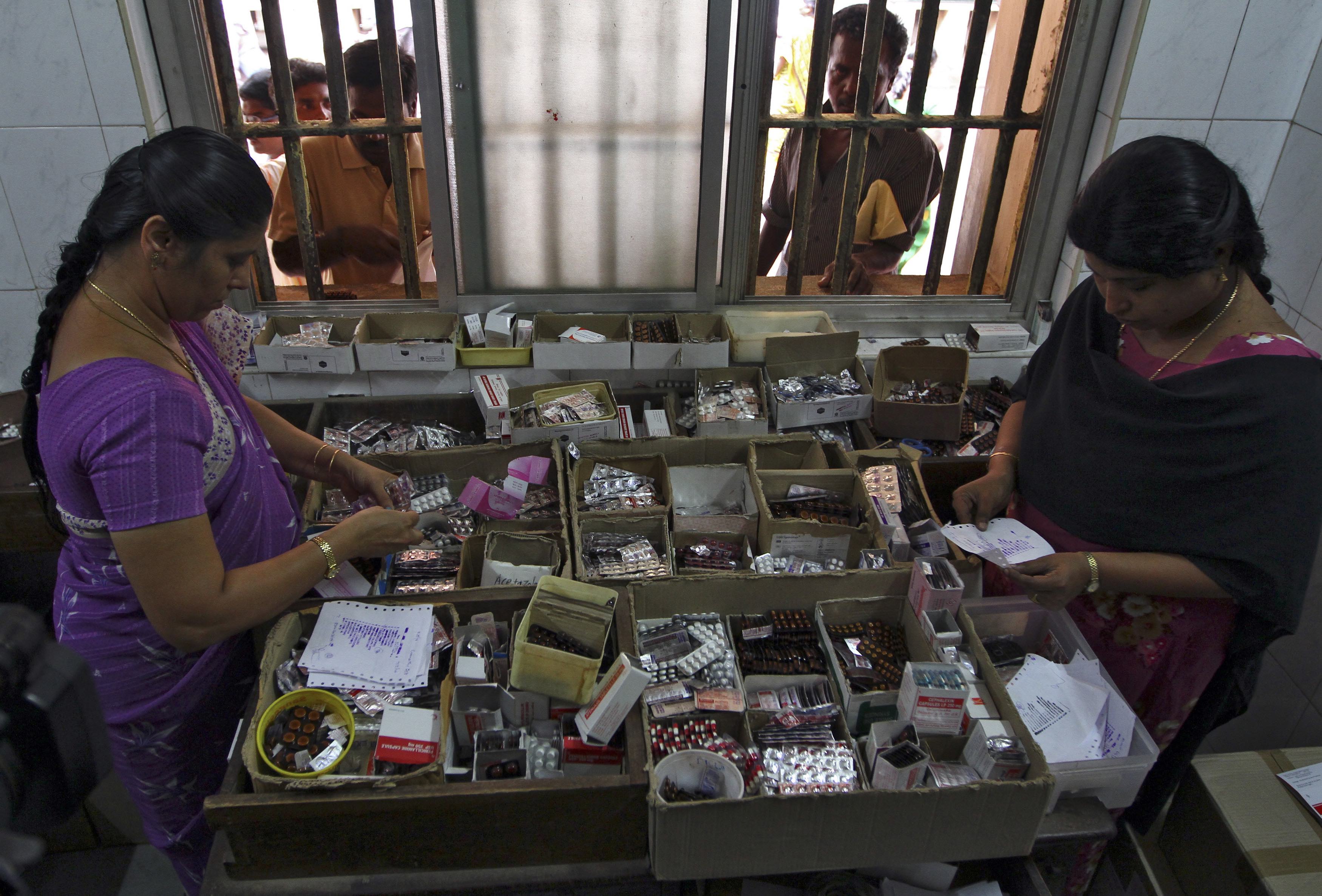 In real terms and as a percentage of GDP, there has been a decline in the health budget this year. Credit: Reuters

Health is being hailed as the biggest winner of Budget 2018, but a cursory look at the numbers shows that there is nothing to celebrate as far as the health budget is concerned. In fact, the Budget this year once again highlights the government’s complete lack of vision as far as ensuring ‘Health for All’ is concerned. The finance minister’s speech mentions two main interventions – health and wellness centres that “will bring healthcare system closer to the homes of people” and “a flagship National Health Protection Scheme to cover over ten crore poor and vulnerable families (approximately 50 crore beneficiaries) providing coverage up to five lakh rupees per family per year for secondary and tertiary care hospitalisation”.

The second aspect has made headlines today as being something ‘revolutionary’ in healthcare. Neither of these is a new initiative, nor are these likely to improve access to healthcare or reduce out-of-pocket expenditure.

Big push for the private sector?

Given the noise that is being made around how much of a boost the health sector has been given, one’s led into believing that there is a major increase in the Budget. On the contrary, the allocation for the Department of Health and Family Welfare for 2018-19 is Rs 52,800 crore, an increase of about 2.5% from the revised estimate for 2017-18 – Rs 51,550.85 crore.

Therefore, in real terms and as a percentage of GDP, there is a decline in the health budget this year.

To achieve 1.5 lakh health and wellness centres, the finance minister has allocated a royal sum of Rs 1,200 crore ‘for this flagship programme’. This comes to Rs 80,000 per sub-centre – not enough to fill the gaps. Moreover, this is not a new initiative, as it featured in the 2017 Budget speech as well. There have been no reports on the experience from this in the previous year, neither is it clear what this actually means.

Currently, sub-centres suffer from poor infrastructure, under-staffing and lack of equipment and medicines. According to the rural health statistics released by the health ministry, of the 1,56,231 sub-centres, only 17,204 (11%) met the Indian Public Health Standards as on March 31, 2017. About 20% of the sub-centres do not even have regular water supply and 23% are without electricity. Over 6,000 sub-centres do not have an ANM/health worker (female) and almost one lakh centres do not have a health worker (male). There are 4,243 centres without either. One can safely assume that for a sub-centre to become a health and wellness centre, the least that could be expected is that these basic facilities and human resources are provided. It is hard to understand how this can be done with the meagre funds that have been allocated.

Now, coming to the second announcement, which is the ‘world’s largest government-funded healthcare programme’. Here as well it should be remembered that in the Budget speech of 2016 – by the same finance minister – a similar claim had been made. In 2016, it was announced that the “the government will launch a new health protection scheme which will provide health cover up to rupees one lakh per family”. Two years on, the Rashtriya Swasthya Bima Yojana (RSBY) cover remains at Rs 30,000 a year with the promise that this will now be increased to Rs 5 lakh. The amount allocated for the RSBY in 2016-17, to give a cover of Rs 1 lakh for one-third of the population, was Rs 1,500 crore.

This never took off and less than Rs 500 crore was spent. Last year, too, the Budget was revised to less than 50% of what was initially estimated. The allocation this year sees a small increase to Rs 2,000 crore. These figures put the credibility of these announcements themselves under doubt.

On the other side, the Budget also announces a change from 3% education cess to 4% ‘health and education cess’, and it is estimated that this would bring in an additional Rs 11,000 crore. Even if we expect 25% of this additional amount to come to the health sector, we should have seen an increase of Rs 2,750 crore in the health budget. Rather, there has been an increase of only Rs 1,250 crore this year. What this Budget seems to be doing, therefore, is raise additional revenues from common people in the name of health expenditure for the poor, while enabling higher profits for the private healthcare sector. In this context, the surge in the share prices of healthcare and insurance companies is quite telling with regard to who the real beneficiaries of this scheme will be.

Healthcare for the poor or profits for the corporates?

Experiences from across the world show that depending upon the private sector to deliver healthcare for all – based on health insurance to take care of the burden of out of pocket health expenditure – escalates overall healthcare costs, excludes many and distorts practices of ethical and appropriate care. Even when this government attempts to do anything for the health of people, it hopes to do this through the private sector and not by strengthening the public health system.

Further, as mentioned in a previous column here, despite a decade of promoting insurance-based schemes, such as the RSBY (and also state schemes such as Aarogyasri in Andhra Pradesh), the data from the National Sample Survey shows increasing out-of-pocket expenditure. Sundararaman and Muraleedharan, based on their analysis of NSS data for 2014, show that only 1.2% of the hospitalisation cases of the rural population and 6.2% of the urban population received even part reimbursement. There is evidence to show that despite efforts towards pushing for increased insurance coverage, neither have the poorest been reached out to nor has there been efficient financial protection. A recent paper by Anup Karan and others also finds that, “RSBY did not affect the likelihood of inpatient out-of-pocket spending, the level of inpatient out of pocket spending or catastrophic inpatient spending”.

This focus on insurance instead of strengthening availability of public services allows the government on the one hand to get away with low allocations for health and, on the other, provides more opportunities for the private sector to make money out of poor people’s illness. Research from Chhattisgarh, which also has a state health insurance scheme along with the RSBY, shows that the accredited hospitals are highly concentrated in certain urban pockets, making it inaccessible for most of the rural poor.

The high burden of out-of-pocket expenditures (OoPE) on health in India has rightly been recognised by many as one of the main problems facing the people. There are a number of studies that show that catastrophic expenditures in health is the topmost reason for pushing people into poverty (7% of the population fell below the poverty line due to OoPE on health).

By any yardstick, this new scheme is also not taking us towards universal health coverage (UHC). UHC by definition means universal coverage for all medical expenses – this health insurance scheme covers only a part of the population (ten crore households i.e. about 40% of population) for in-patient care alone.

There are also a large number of academic articles, recommendations of government committees, the National Health Policy and so on which state that the expenditure on healthcare in India needs to be increased to at least 2.5 – 3% of the GDP. Yet, year after year, we remain at around 1%-1.2% of the GDP. The headlines have got it wrong – this Budget is not about the world’s largest health protection plan – rather, it is about the country with the highest number of child and maternal deaths in the world spending less than almost all other countries in the world – a country where government after government has shown no commitment to the health of its citizens.