India this month blindsided the auto industry by almost doubling the maximum levy on luxury cars and sport-utility vehicles – just weeks after first setting the rate as part of a major tax change. 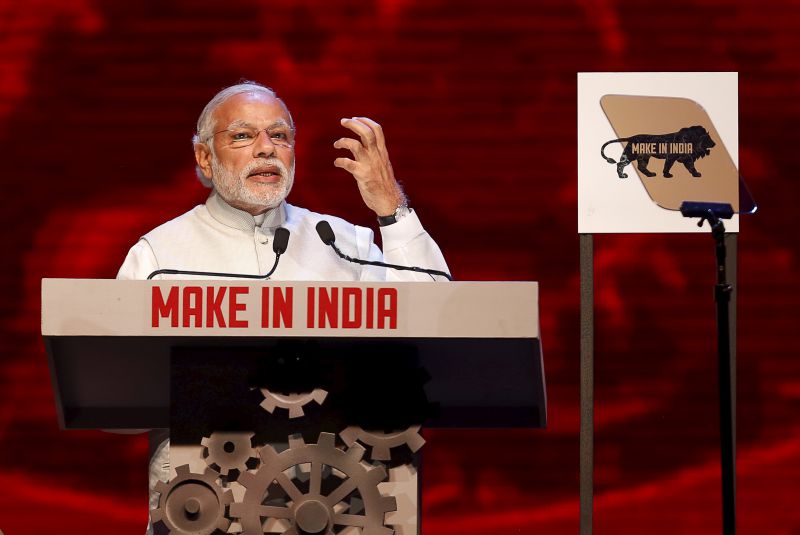 GE won a $2.6 billion contract in 2015 to supply 1,000 diesel locomotives – the biggest direct investment in India by a US firm and the first deal awarded to a foreign firm after India allowed 100% foreign investment in its railways – part of efforts to overhaul its creaking, colonial-era infrastructure.

But the railways ministry said last week it wouldn’t need diesel after all – hoping to save on fuel and maintenance costs – and suggested GE might want to make electric engines instead.

Electric engines are usually used for passenger trains, while diesel is used for freight. Around 25-30% of India’s locomotives are diesel-engined.

The policy shift could cost New Delhi in compensation – GE is already building a factory for the diesel locos – but executives and investors say it is also an important test for a government that needs foreign investment to create jobs and reboot growth ahead of a 2019 general election.

“The GE case is very important symbolically because they have been among the earliest and most committed investors,” said Amitabh Dubey, a political analyst at research firm Trusted Sources.

“People will be watching to see how this plays out, particularly because the railway contracts were initiatives that the government pushed consciously and worked very hard to get these people in. To then turn around two years later and change your strategy will bother a lot of people,” he said.

GE has already shipped its first diesel locomotive to India and is completing a factory in the state of Bihar. It has created around 1,000 jobs at the plant and a maintenance shed, and 5,000 jobs in the supplier network.

In a statement, the US firm said the government’s change would put future foreign investment at risk.

“An alteration of this contract will have serious impact on job creation and skills development, and cause the government to incur substantial costs,” it said. “This will also undermine government’s signature ‘Make in India’ initiative.”

Foreign direct investment (FDI) into India topped $60 billion in fiscal 2016-17, almost double the levels before Modi came to power in 2014.

But after increasing by more than 20% in the first two years of the Modi government, FDI growth was less than half that rate in the latest financial year, hit by tax changes and a shock move to withdraw most of India’s banknotes overnight.

Yashwant Sinha, a veteran leader of Modi’s BJP and a former finance minister, said poorly executed policy shifts had stalled growth. “Economies are destroyed more easily than they are built,” he wrote in a newspaper column on Wednesday.

India’s economy, Asia’s third-largest, grew at a three-year low of 5.7% in April-June.

In another example of shifting goalposts, India this month blindsided the auto industry by almost doubling the maximum levy on luxury cars and sport-utility vehicles (SUVs) – just weeks after first setting the rate as part of a major tax change.

“This is bound to adversely impact sales, by possibly a double-digit reduction, and will reduce revenues for the company, dealers and perhaps also tax revenue for the government,” he said.

Rival Mercedes-Benz also said the luxury car industry has been at the receiving end of arbitrary policies, and a hike in levies would affect its future expansion plans under the ‘Make in India’ initiative.

For change to happen in a country like India, it sometimes has to be done in a disruptive manner, and foreign investors should expect that and plan for it, said Sandip Beri, partner at Delhi-based law firm Shardul Amarchand Mangaldas.

However, the government should give industry fair time to comply with new rules, and analyse its own contractual obligations, before changing policy, he added. “There is no question that industry wants stability and predictability.”

India’s inability to make up its mind on its tax structure and how it responds to foreign companies pre-dates the Modi government, says Saurabh Mukherjea, CEO of Mumbai-based brokerage Ambit Capital.

“I can understand why GE is peeved, but [I’m] not sure how one should take their broader point on the impact on the economic climate in India,” he told Reuters.