The first of its kind, a report by the Digital Rights Foundation has recorded the experiences of online harassment, bullying and fear faced by women in Pakistan. 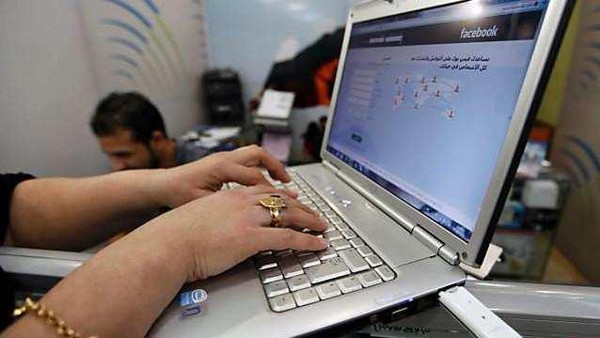 In Pakistan, women are a marginalised community online. Credit: Reuters

Pakistani model Qandeel Baloch known for her bold online presence who was killed by her brother, the five young girls who were murdered by their family when a video of them dancing and laughing went viral, the 16-year-old girl who was stabbed by her brother because she was using a mobile phone and hundreds of such incidents that are reported every year are a testament to Pakistan’s growing problem of online harassment. But when it came to quantifying the problem, the data simply did not exist. The lack of official statistics on online victimisation is an issue not only in Pakistan, but also in India and Bangladesh.

That’s what inspired the Digital Rights Foundation to create a dataset that can help shed light on the issues surrounding online harassment and tech-related violence faced by women in Pakistan. The survey, designed and conducted by Hamara Internet, trained and questioned 1,800 women on the use of digital spaces in a safe way. These women were students living in Punjab, Sindh, Khyber Pakhtunkhwa, Balochistan and Gilgit areas of Pakistan. The study paints a picture of women’s experiences and usage patterns on the internet and their digital literacy, as well as awareness about cyber crime laws related to online harassment among women.

The internet in Pakistan: A world of misogyny

In Pakistan, women are a marginalised community online. Around 75-80% Facebook users in the country are men. The report laments the fact that women are not generally seen as owners of online spaces and when they do try to break the norms and assert their rights over the said spaces, they are quickly met with an abusive response, as happened in the case of Baloch. As concluded by the report, 40% of Pakistani women surveyed had been stalked and harassed via messaging apps like WhatsApp and Viber. Twenty-five percent of the women said they had witnessed other women being bullied and harassed by men online. When asked whether they had been victims of online stalking, almost half the sample that was surveyed said they have faced this form of harassment.

Respondents were asked whether they were aware of the laws that existed regarding cyber harassment in Pakistan and 81% of them said they were not.

Facebook and WhatsApp are the most commonly used social media apps in the country by women, but when they were asked if they understood its term and conditions, 11% accepted they didn’t understand them at all. The report brought to light the problem that only a fourth of the total sample that was surveyed felt that they knew and understood social media terms and conditions. The respondents largely did not know what they’re signing up for.

The report points out that in Pakistan, the distinction between private and public life can be blurred. Women are often forced to give up their social media passwords by their own family. They are made to share their passwords with men under on the pretext of ‘trust’. Facebook pages in Pakistan like the ‘Gangdageer Khan’ Facebook page resort to extorting women into giving money, providing phone balance, other women’s pictures and more in exchange for having their data removed. The Federal Investigation Authority (FIA) busted the ring that was behind the Facebook page but a lot of information still remains online.

The report found that 23% of the women surveyed had been victims of online pages that leaked sensitive information about women.

While the report brings to light the prevalence of online harassment in a patriarchal society like Pakistan, it also raises the issue that reporting online harassment to the FIA or other law enforcement authorities is not a favourable option because of reasons such as family pressure, ‘honour’ or loss of respect. According to the FIA, in 2015, only 5% of cases of harassment were reported and followed by legal action of any kind. Such complaints are often dealt with victim shaming, ‘honour’ killing or loss of family support. The report even found that 21% of the women interviewed stopped using the internet as a reaction to harassment.

The group conducting the research study thought that “the results are worrying as they highlight how easily women take a step back and give up the space they have carved for themselves while the perpetrators walk without a scratch.”  Seventy percent of the women who told the Hamara Internet group that they have faced harassment did not approach the FIA. The FIA has often been credited with lack of action and neglect.

The research argues that “online violence and stalking of women should be seen as an extension of violence against women in other spaces in the society.”

The report, with its findings, challenges the blatant sexism and harassment on display in the digital world. The study makes it clear that safe spaces are needed online and a safer digital experience – though a tall order at this time – is the need of the hour. It also suggests recommendations to the internet service providers, law enforcement agencies and the government.