As Opposing Narratives on Demonetisation Clash, Even Modi Can’t Fool All the People All the Time

The prime minister’s ‘rich versus poor narrative’, which helped sell demonetisation in its first few months, is collapsing in the face of devastation in the informal and formal sectors. 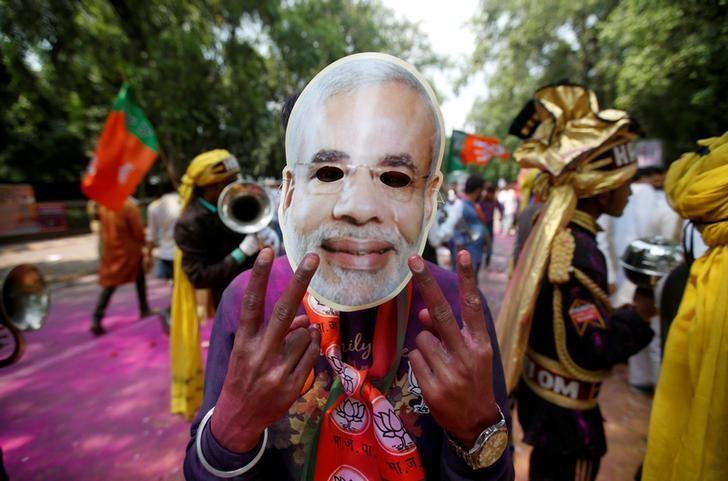 Are Modi’s failures on the economic policy front coming back to haunt him? Credit: Reuters

This article was originally published on October 31, 2017 and is being republished on November 8 to mark the first anniversary of demonetisation.

The first anniversary of demonetisation is turning out to be a great contestation between two political narratives. The BJP, with all the state propaganda machinery at its disposal, has decided to celebrate it as “anti-black money day”. The 18 opposition parties however will observe it as a “black day” across the country. The Congress leader in Rajya Sabha Ghulam Nabi Azad, while announcing the opposition programme, described it as the “scam of the century”.

The Congress party is cleverly combining the economic after-effects of demonetisation and GST to make its larger point of “Vikas gone crazy”.

In this contestation between the two narratives on the first anniversary of demonetisation, the Modi government is clearly on the back foot insofar as the economy goes. Even the Sangh Parivar and its various allied organisations such as Bhartiya Mazdoor Sangh, Bhartiya Kisan Sangh and Laghu Udyog Bharti, have publicly conceded that the economy is performing well below par and the worst affected are farmers as well as the small and micro industry units. Employment growth is at an all-time low.

The prime minister’s not-so-subtle switch from “achhe din” to the future promise of a “New India” is a ploy to buy more time from voters. In the initial months after demonetisation, Modi managed to successfully push a political discourse, as he did in the UP elections, that demonetisation was more about creating a cleaner economy in which the black money hoarders would be targeted and their wealth would get redistributed among the poor. Remember Modi’s unorthodox promise to the poor Jan Dhan account holders last November that they could appropriate the cash their rich benefactors are depositing into their accounts temporarily. Well, some four-to-five crore Jan Dhan accounts had seen massive proxy funds flowing into them. Some of these accounts holders could be among the 18 lakh notices sent by the I-T department to those who have deposited money in their bank accounts. What is amply clear is that the rich and powerful( and this includes political parties) managed to subvert the entire system to bring back nearly all the Rs 500 and Rs 1000 notes back in the system.

Even today, Modi who led this campaign against black money, does not have the courage to tell the nation how much cash the BJP as a party deposited in the banks. Thus an inherent dishonesty and hypocrisy marks the entire exercise.

Modi’s political narrative of seeing demonetisation as ‘shuddhi yagna’ ( ritual cleansing) seemed to have worked partially in the initial months after demonetisation. The UP election results were held up as proof of this “sacrifice by the ordinary people” who suffered hardships to make the ritual cleansing of the system a success. BJP ideologue Ram Madhav made a tall claim that people are participating in the call of ” self-sacrifice” made by Modi.

Also read: How the RBI Destroyed the Indian Economy

The sheer dishonesty and duplicity of the BJP and Modi becomes so evident in retrospect because at the time of the UP elections, when he was boasting about “shuddhi yagna“, the RBI had enough data to show that the rich and powerful had subverted the system by laundering the entire demonetised currency back into the system. The BJP leadership kept this fact hidden from the people in what would constitute an act of treachery and betrayal of trust.

Subsequent events have shown that Modi stands exposed and his so-called campaign against black money has become a laughable exercise.The great promise of transferring wealth from the rich to the poor also looks like a black joke as the most vulnerable sections of society have suffered the most in the last one year. Farm incomes have received a huge setback post demonetisation as agriculture mandis have less cash to dispense with. Crop prices across the board saw a 35% to 40% fall during the last rabi harvest and this has forced the government to raise minimum support price recently.This is mere bandaid solution as over 90% of agri produce is not covered by a stable MSP system.

Official RBI surveys show how small industrial units in the first three months of calendar 2017 suffered about 58% decline in sales. CMIE, a reputed data research agency, has found loss of 1.5 million jobs in the first quarter of 2017. Latest data put out by experts suggest other objectives of demonetisation, such as reducing the cash-to-GDP ratio or to substantially increase digitised transactions, have also proved elusive.

Also there is as yet no structured road map to tackle 95% of the unaccounted wealth which is hidden in other assets such as gold and real estate. Total unaccounted wealth as per data provided in a report on black money submitted by the National Instute of Public Finance and Policy to the finance ministry is about $900 billion (40% of GDP). Of this, the cash component of the black wealth is merely 5% or roughly R.3 lakh crore. This data seems to match the income tax department claim that it is investigating some 13 lakh bank accounts for unaccounted cash deposits of about Rs 3 lakh crore. 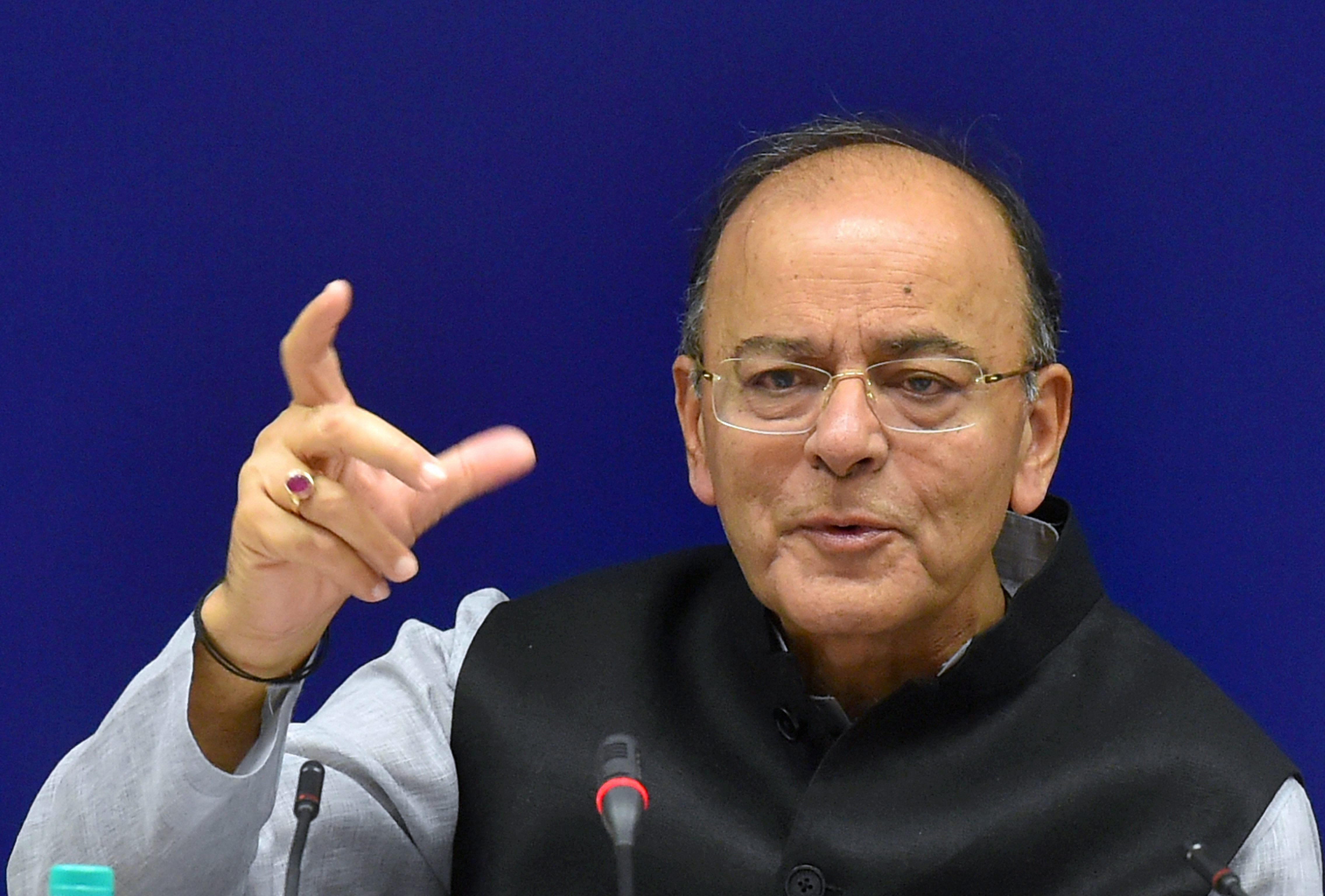 However, former finance minister Yashwant Sinha has warned that these 13 lakh bank accounts may not be carrying the bulk of the unaccounted cash because many of them are ready to challenge the government in a court of law. While the I-T department employs coercive tactics on these account holders the real holders of unaccounted bulk cash may have gotten away scot free. This is a genuine concern and its impact will play out over the next 2 to 3 years, Sinha said.

There have been other big failures. After executing the longest running income declaration scheme in India’s history in 2016-17, partly coinciding with demonetisation, does the government have something to show in the form of a substantially higher number of taxpayers? Again data shows the increase in the number of taxpayers follows a general trend of the past few years and that there is no unusual departure from recent trends – either for number of taxpayers or the total tax collected.

Also read: Even the Optimism of Official Economists Cannot Ignore the Warning Signs

This aspect is important because it was claimed that the number of income tax payers will increase substantially as a larger number of firms would get captured under the GST value chain. Since GST design and implementation is also a big mess today the negative impact of demonetisation is getting further accentuated, especially for small businesses.

So politically, Modi will find it difficult to sustain his “ritual cleansing’ argument in the face of such a devastatingly messy implementation of both demonetisation and GST. He will have to come out with a new narrative. In the past, he has shown a remarkable ability to switch narratives almost effortlessly. This is possibly because his personal goodwill with the people has been intact. However, this too is now slowly coming under question because the fumbling on the economic policy front has come back to haunt him. His ‘rich versus poor’ narrative is also being questioned given the massive bailout being handed out to 50 large corporate groups who owe over Rs 10 lakh crore to public sector banks. Some companies may be declared bankrupt but their promoters’ wealth remains unaffected. Some of these promoters continue to thrive as major partners in Modi’s Make-in-India project in the defence sector which would ensure both captive business and assured future returns.