The deal between the Gujarat state government and ONGC did not get the required approval from minority shareholders. 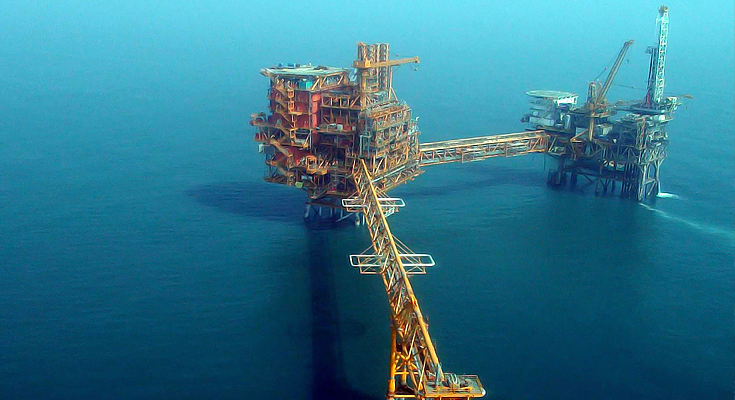 Out of its depth: The Gujarat State Petroleum Company has spent nearly Rs. 20,000 crore on the Deen Dayal field with little to show for it. Credit: Skmaircon

In a letter to the Securities Exchange Board of India (SEBI) Chairman U K Sinha, Ramesh points out that on December 23, 2016, ONGC informed the stock exchanges that it woudl acquire gas blocks in the Krishna Godavari basin for a “total consideration of nearly $1.2 billion (Rs 8,000 crores).

The blocks in question belong to the GSPC. The Wire had reported in April 2016 how GSPC’s discovery in 2005 still hadn’t resulted in any commercial production by late 2015, even after a whopping investment of Rs.19,576 crore.

A CAG report, that investigated the Gujarat government’s gas exploration and discovery, slammed GSPC, saying that it had underestimated costs and various technical difficulties involved in getting past the block’s “low permeability issues”.

Ramesh’s letter addresses these very same concerns. Referencing GSPC’s own statement, Jairam notes that the “geographical and geophysical conditions in the KG block have made it a technical challenge to explore and develop. Factors such as low porosity, low permeability, high pressure, high temperature and a tight reservoir make for geological complexities of the kind which has rarely been tackled earlier by any exploration and production (E&P) company in India”.

Consequently, Ramesh asks: “GSPC has spent large sums of money, hired foreign experts and imported sophisticated equipment and yet could not find gas. Then, why does ONGC deem it fit to pay ₹8,000 crores to acquire this very block?”

These concerns, the former environment minister notes, have been echoed by third parties such as investment bank Kotak Securities and global newswire Bloomberg. Kotak Securities for instance noted that it saw “limited merit in ONGC’s strategy of acquiring these assets”.