As Oil Taxes Pinch More Than Ever, Is the Economy Being Rewarded with Higher Spending?

The taxpayer has the right to know how oil taxes, the single largest source of revenue for the Union government, are actually being spent. 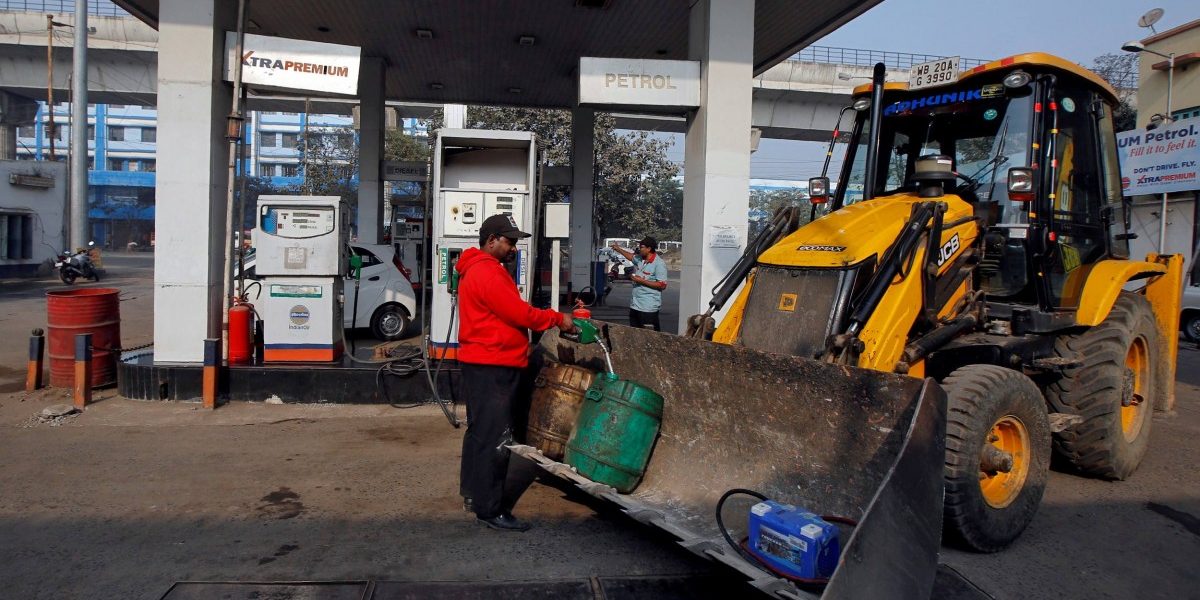 A worker fills diesel in a container at a fuel station in Kolkata, India, February 1, 2018. Photo: Reuters/Rupak De Chowdhuri/File Photo

The Narendra Modi government has repeatedly claimed that the huge incremental revenues the Union government earns from petrol and diesel are necessary to fund infrastructure and other development projects.

As per a reply by the government in the Lok Sabha in March, the Union government raised Rs 72,500 crore via excise duty on petrol and diesel in 2014-15. This increased by over 300% to over Rs 3 lakh crore in 2020-21. The Union’s oil tax revenues may be even higher this fiscal, going by current price trends, and the chief economic adviser does not foresee a reduction.

So while there is an over 300% increase in tax revenues from petrol and diesel, the average annual growth in capital expenditure by the Union has been less than 10% since 2014-15, after the Narendra Modi government came to power. Of course, the 2021-22 Union budget was a little more generous in providing an increase of 25% in capital expenditure, in keeping with the Union’s ambitions plans of funding the national infrastructure pipeline which entails covering 7,400 projects at the cost of $1.5 trillion over five years.

However, there is no sign of actual spending this year to meet this ambitious target.

After the second wave of the pandemic, the Union has been justifying even bigger fuel price hikes, citing the need to fund infrastructure development.

However, a report in The Hindu last week showed a 40% decline in overall public spending on infrastructure projects in the April-June quarter, compared with January-March. This has happened even though there has been no nationwide lockdown and the Centre has kept its big construction projects going, including the Central Vista!

If the hapless consumer today is paying over Rs 100 per litre for petrol and diesel in many states, the poor taxpayer, whose real income is getting smashed, has the right to know how the Centre proposes to spend over Rs 3.5 lakh crore, which it is likely to collect as oil taxes in 2021-22. The taxpayer must insist on this hisab at the end of the fiscal year in March 2022.

Also, note that nearly 65% of the total petrol and diesel tax collected by the Union is in the form of cess, which it does not share with the states.

This white paper on the link between the Union’s oil taxes and infrastructure expenditure is critical because private investments are still insignificant. Only public spending has the capacity to drive growth and employment in the medium term. Besides, the Union has repeatedly claimed that it is using infrastructure spending as a primary strategy to boost employment, income and demand instead of giving upfront cash stimulus to the poor, as most economists have suggested, and as most other countries are doing.

If this is so, then the taxpayer has the right to know how oil taxes, the single largest source of revenue for the Union, are actually being spent. There is a need for full transparency on this account.