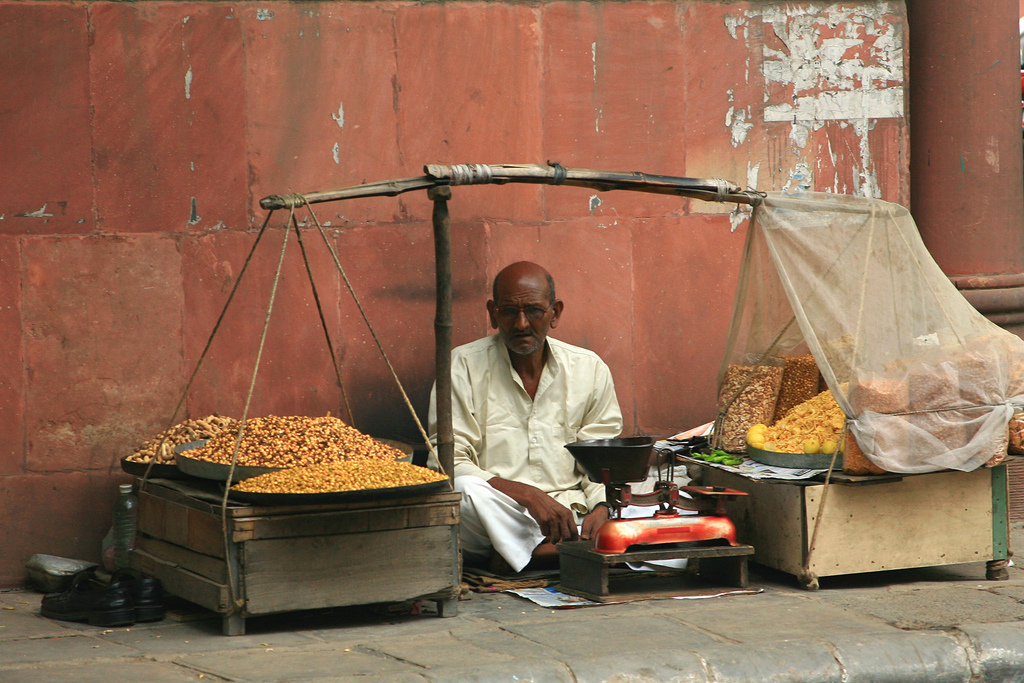 In an Indian market... Credit: laszlo_photo/Flickr, CC BY 2.0

There is no clear definition of middle class in India, but the latest definition dramatically lowers the number of Indians considered to fall in that category. A McKinsey Global Institute study in 2005 using National Council of Applied Economic Research (NCAER) data said 50 million people were middle class, using the definition of real annual household disposable income between Rs 200,000 and Rs 1 million.

At the other end of the spectrum, a study by the World Bank in 2005 estimated the middle class at 264 million, using the median poverty line in 70 countries at the lower extreme ($2 per day) and the United States poverty line ($13 per day) as an upper extreme.

Another method, used by television channel CNN-IBN in its middle class survey in 2007, utilised consumption-based household criteria: Car or scooter, colour television, or telephone. It estimated that the middle class was approximately 20% of the population or slightly over 200 million people.

The growth of wealth has been the fastest in India (second only to China) over 15 years (2000-2015), even correcting for population growth. Yet, more than 90% of the adult population falls in the bottom of the wealth pyramid (less than $10,000), indicating the uneven distribution of wealth in India. At the top of the global ladder, 2% of high net-worth individuals (HNWIs) reside in India, Africa or Latin America. India added 6.7 million adults to the middle class over these 15 years, and middle-class wealth rose by $1.2 trillion. “One of the reasons for this different experience is partly due to faster overall wealth growth in China, and partly because the populous mid-portion of the Chinese wealth distribution is moving into the global middle class, whereas it is still far from doing so in India,” the report said.

As many as 11 other countries have more than 10 million middle-class citizens: Japan, 62 million; France, Italy, Germany, India, Spain and United Kingdom, between 20 million and 30 million each; and Australia, Brazil, Canada and Korea, with 10 million to 17 million each.

Share of middle-class wealth falls globally – except in China