With No Big Bang Steps, Budget 2020 Focuses on Untangling the Fiscal Math Mess

The government will have no choice but to continue to play a driving role in shouldering the economy’s investment burden. 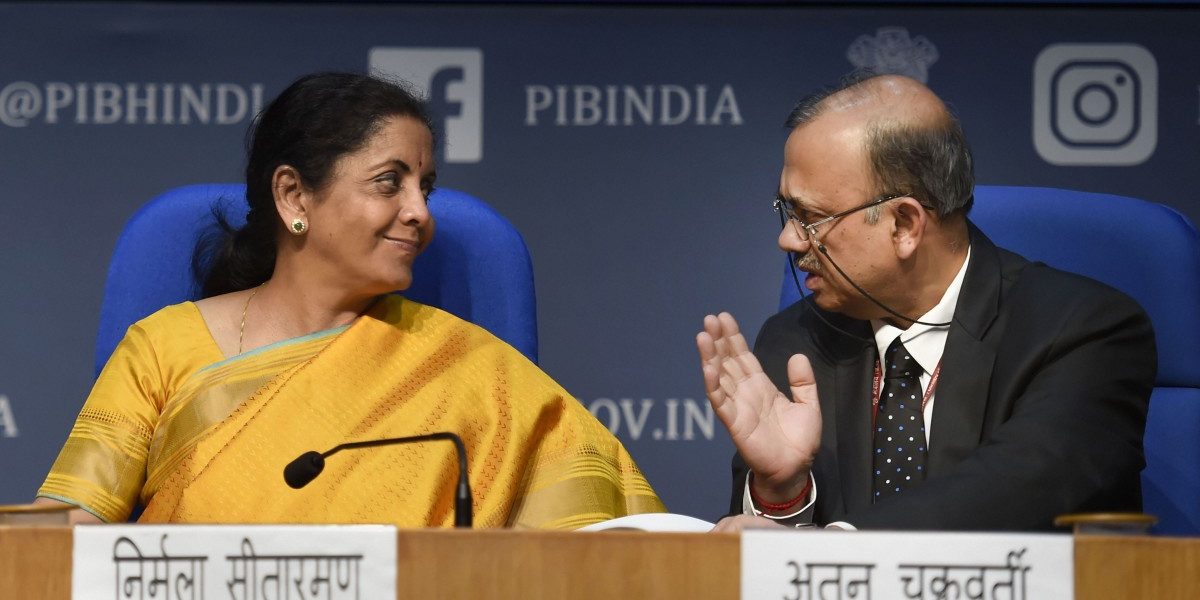 New Delhi: Finance minister Nirmala Sitharaman on Saturday announced a Union Budget that lacked major big-bang steps, instead looking to pacify the individual taxpayer with a new system whose popularity is yet to be determined even as it tries to restrain the country’s fiscal deficit from ballooning through a higher disinvestment target.

This financial year’s fiscal deficit, brought on by the expected revenue shortfall has been contained at a reasonable 3.8%, up just 0.5 percentage points from the previous target. This was carried out with the help of  reduced government expenditure (unspent money from PM Kisan and a few other programmes), the welcome ‘surplus transfer’ from the RBI and Rs 2.4 lakh crore in borrowings from the National Savings Small Fund (NSSF) in FY’20, the last of which helped contain gross borrowings at Rs 7.4 lakh crore.

For FY’21, a nominal GDP growth rate of 10% has been assumed, which was broadly expected by analysts over the last week, but the assumptions around tax revenue collections once again raise new questions. For instance, in the next fiscal, the Centre hopes to earn gross tax revenue of around Rs 24.23 lakh crore, an increase of roughly 12%. While seemingly reasonable, especially compared to the 18% increase it had projected in the last budget, the fact that there will be a shortfall this year automatically makes next year’s target harder.

Also read | Budget 2020: How did Nirmala Sitharman Manage to Rein in Fiscal Deficit at Only 3.8%?

“It does look like that the expenditure numbers were fixed based on the motivation of the government and the revenue numbers drawn accordingly. Tax revenue collections have been sluggish in FY20 and with just about a similar growth rate in nominal GDP will pose a challenge in the coming year, too,” Madan Sabnavis, chief economist at CARE Ratings, has noted.

The single biggest step that can be viewed as an attempt at reviving India’s slowdown, the announcement of a new income tax system with seemingly lower rates, is a step whose acceptance is unclear at the moment. The Centre has tentatively said that it expects to forego Rs 40,000 crore in revenue as a result, which implies that this money that will be spent by consumers and thus revive demand.

Docs are in. The deduction thing is complex – but if you’re paying PF or kids’ school fees, the lower tax is not relevant.

But it’s simply too soon to be able to say if that’s what the final outcome will be, especially considering how the removal of the dividend distribution tax imposes yet another burden on a person who may have benefited with the new income tax slabs.

On specific expenditure targets for ministries, there appears to be no significant boost. For instance, the overall FY’21 allocation for the larger rural sector – which includes agriculture + allied and rural development – is Rs 2.99 lakh crore, which is 2.5% higher than what was budgeted last financial year. The education ministry has got a modest increase, but the department has a knack for under-spending money.

My quick take on the 2020-21 budget. It is a non-budget. Will make little or no difference to the massive demand problem in the economy. Nothing to suggest the financial system will be repaired soon to kick start credit, consumption and investment.

Even with this though, the Centre’s fiscal deficit target of 3.5% for FY’21 is uncertain. Its disinvestment target for the next year is ambitious, to say the least. The government hopes to earn Rs 2.1 lakh crore by selling its stakes in major public sector enterprises, with a big chunk (Rs 90,000 crore) expected to come through disinvestment of PSBs and financial institutions.

This of course is because of the two major announcements made in the budget speech – the sale of the Centre’s remaining stake in IDBI Bank and listing Life Insurance Corporation on the stock exchanges. While the former is an unlikely bet, the disinvestment of LIC will face its own political challenges.

The other saviour will be the sharp projected rise in ‘non-tax’ revenue from Rs 1.33 lakh crore to Rs 2.16 lakh crore. This unprecedented bonanza is likely the Modi government factoring in the pending AGR (adjusted gross revenue) dues from India’s telecom industry, which individual operators say if paid will be a death knell to the overall sector.

Sitharaman’s final parting paragraphs in her Budget speech imposed a bizarre range of taxes on various consumer and industry items (22 in total, with increases from 2.5 to 70 percentage points), all of which will result in a roughly Rs 20,000 crore projected increase in excise duties. Does this send a wrong signal? Yes, but it’s not clear if the Centre cares very much.

Indeed, there appears to be nothing specific in Budget 2020 that will immediately spur private investment or radically boost consumption. This is not something tragic in and of itself, as this government has shown that it is comfortable with regular policy announcements between budgets. But as the higher projected capex figure (18% increase to Rs 4.12 lakh crore) indicates, the government will have no choice but to continue to play a driving role in shouldering the economy’s investment burden.