It's unlikely that the revenue shortfall will be totally reversed in the next financial year, even as Sitharaman struggles with Modi and Jaitley’s fiscal consolidation fixation. 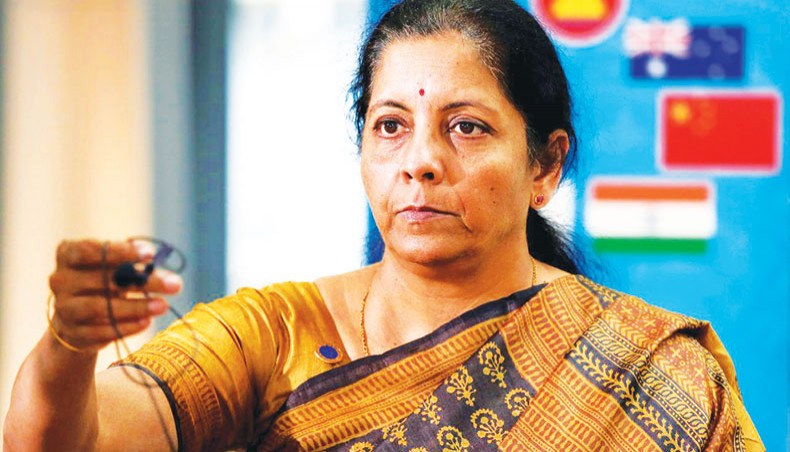 Speculation is rife on what finance minister Nirmala Sitharaman’s second budget will contain and do. It does not take much to speculate on what it is most unlikely to do, which is to substantially hike central government expenditure as a way of reviving demand and reversing the slowdown in growth, which is at its lowest in a decade of around 5%.

There are reasons why this is unlikely. To start with, as estimates of tax revenues and non-tax receipts for the first eight months of ongoing financial year 2019-20 indicate, the receipts of the Central government are growing at a rate that is inadequate to support even modest expenditure increases. That is unlikely to change much in the coming year.

Multiple factors have contributed to the sluggishness in revenue collections in 2019-20. One is the fiasco that the Goods and Services Tax regime has proven to be, with GST receipts being way short of projections, encouraging the Centre to hike its share of those revenues by depriving states of their legitimate dues. The government had significantly scaled down its GST collection targets between the interim and actual budgets for 2019-20. Yet over April to December, average monthly collections have fallen short of target by Rs 5,000 crore.

Another factor is the decision of the government to opt for a large, mid-year corporate tax rate cut as an instrument to stimulate growth, rather than look to increase expenditure. The rate cut is bound to be ineffective in stimulating growth in an environment where falling demand is responsible for low investment. On the other hand, the reduction in the corporate tax rate is expected to result in a loss of corporate tax revenues of around Rs 1.4 lakh crore that would dissipate much of the once-for-all increase in receipts that came in 2019-20 from an enforced transfer of Rs 1.76 lakh crore of accumulated surpluses with the RBI to the Centre’s budget. Overall, direct tax (corporate and income) collections of Rs 7.3 lakh crore till January 23, 2020 were almost 6% below the collections during the corresponding period of the previous year. The government on the other hand projected a 17% increase in collections.

Also read: Budget 2020 May See Even Official Fiscal Deficit Targets Loosened, but by How Much?

While these decisions, of this and the previous government, have damaged the Centre’s tax base, the government’s hope that it would be able to mobilise more than Rs 1 lakh crore through the sale of public sector assets has been belied, with current estimates of receipts under this head placed at a little more than just Rs 18,000 crore. Even desperate attempts to hawk assets in the remaining two months of this fiscal year would not be able to bridge that gap. And finally, slowing growth has, by limiting GDP growth in nominal terms to just 7.5%, directly dampened revenue growth as well, triggering a cycle of low growth-low revenues-low spending-and even lower growth.

All this, of course, relates to 2019-20, and the finance minister is bound to suggest that 2020-21 would be different. But it will be difficult to show why it would. The loss of corporate tax revenues will apply in that year as well. No ‘special’ dividend can be extracted from the Reserve Bank of India, since that source has been exhausted. Since much of the GST shortfall is structural, and not the result of just bad implementation, that source too would not offer a solution. And with growth likely to remain subdued, tax revenue growth will be directly depressed.

That implies that, since in a recession year the government is unlikely to hike tax rates significantly, the only source of revenue that can possibly register reversal from the 2019-20 fall is receipts from disinvestment and privatisation. But here too, given market conditions, the government would have to offer concessions like discounted prices and transfer of managerial control in return for acquisition of a minority stake to lure investors. That would make the task of substantially increasing receipts under this head that much more difficult.

In sum, the finance minister is unlikely to be able to put out any credible claim that revenues and non-debt receipts will increase to anywhere as much as required to spend and pull the economy out of its recession.

There are, however, some options the minister has to finance increased expenditures. One is to exploit the benefits of the conveniently-timed Supreme Court judgement requiring telecom companies to pay up contested dues on account of licence fees and spectrum charges, and interest and penalty on those dues.

The telecom companies have lost their case against the Department of Telecommunications (DoT), questioning the latter’s claim that these firms had underpaid the department based on a revenue computation that used an erroneous definition of what constituted adjusted gross revenues (AGR).

The sums that have to be now paid as a result are not small. Airtel, Vodafone and 13 other companies are required to pay as much as Rs. 1.47 lakh crore. Non-telecom companies such as GAIL, Oil India, PowerGrid and Delhi Metro Rail Corporation, which are also spectrum users, have to pay up even more, since their non-telecom revenues are substantially higher.

Also read: Budget 2020: Can the Government Increase Spending to Escape the Slowdown?

Though payments had not been made by the January 23 deadline set by the Supreme Court, DoT has held back on any coercive action to recover these dues. This may be a signal that a large part of these dues would be recovered over the next financial year, providing the finance minister with some leeway to finance additional expenditures, though this would be nowhere near enough to hike expenditures substantially. Sitharaman would rightly be wary of factoring this in as well, because if a majority of the AGR dues are recovered in FY’21, it would possibly imply the exit of Vodafone-Idea, which would be a disaster politically and economically.

The finance minister has one other option. She can borrow and allow the excess of expenditures relative to tax and non-tax revenues and non-debt creating capital receipts (aka receipts from disinvestment) to increase substantially. But that would imply a significant increase in the fiscal deficit relative to GDP, upsetting calculations that a fiscally prudent NDA government would reduce the fiscal deficit to GDP ratio to the magic number ‘3’ and the revenue deficit to GDP ratio to ‘nil’.

Reports have it that sections within the BJP are in favour of putting aside fiscal deficit targets for now and focusing on reaching resources to those who feel marginalised by the current growth strategy and who would spend additional incomes to revive demand. The difficulty is that influenced by former finance minister Arun Jaitley and led by the prime minister’s desire to present himself as a modern day “economic reformer”, the BJP has promoted the idea that in its view fiscal consolidation, involving a sharp reduction in the fiscal deficit, is non-negotiable. In fact, it had flagged fiscal reform as a major achievement and defined the success of its fiscal reform as the ability to set the fiscal deficit on a declining path during the high growth period. It has also basked in the praise heaped by the community of finance capitalists for having reined in the deficit.

This poses a challenge to Sitharaman, who inherited the finance mantle precisely when the growth slowdown was intensifying and just after decisions such as the inadequately thought through GST had been implemented with disastrous effects on revenue generation. She neither had the time nor the experience to put her stamp on her first full budget. And when forced to respond to the slowdown, she took the easy route of pleasing business with a corporate tax cut that only made matters worse.

The damage this has already done to her reputation would make it difficult for her to turn against the BJP’s neoliberal obsession with reining in the fiscal deficit. In the circumstances, a novice finance minister like Sitharaman, who is already being criticised for poor economic management, would find it hard to deviate at least in terms of budgetary numbers from this position.

She is also handicapped by the fact that a view backed by evidence from the Comptroller and Auditor General has gained much traction. According to that view, because of off-budget manoeuvres relating to financing of subsidy payments due to the Food Corporation of India and spending on areas like irrigation, the real size of the deficit has been significantly underestimated. That is, the fiscal deficit is already way above target, making any further increase in the revealed number unacceptable, according to the votaries of the “fiscal reform above all else” view.

This is likely to lead to two outcomes. The first is Sitharaman would attempt to dress up her numbers in multiple ways to show that, while the deficit in 2019-20 is off target, she would cut it down in 2020-21. But, for a finance minister who presented figures in her first Budget that were shown to be wrong by numbers published in the Economic Survey released before that Budget was presented, rendering such window dressing credible would be difficult.

The second is that the slowdown, which according to a growing consensus can only be corrected by increased government spending, would intensify. The finance minister can hope that the effect of the inadequate expenditure target in her budget would be more than made up for by adjustments in monetary policy such as a sharp reduction in interest rates. But, like tax cuts, interest rate adjustments have proven to be ineffective tools. And even those tools are unlikely to be immediately deployed by the RBI, since the slowdown in growth is accompanied by rising inflation, with the inflation measured by the Consumer Price Index placed at 7.35%  in December 2019.

The central bank is likely to take the position that to target inflation the interest rate must at least be left where it stands, since the signals are that it should raise rates. In sum, indications are that nothing much can come from this budget to stabilise the economy. Sitharaman must bear the cross, however unwillingly, for the sins committed by predecessors from her own party.